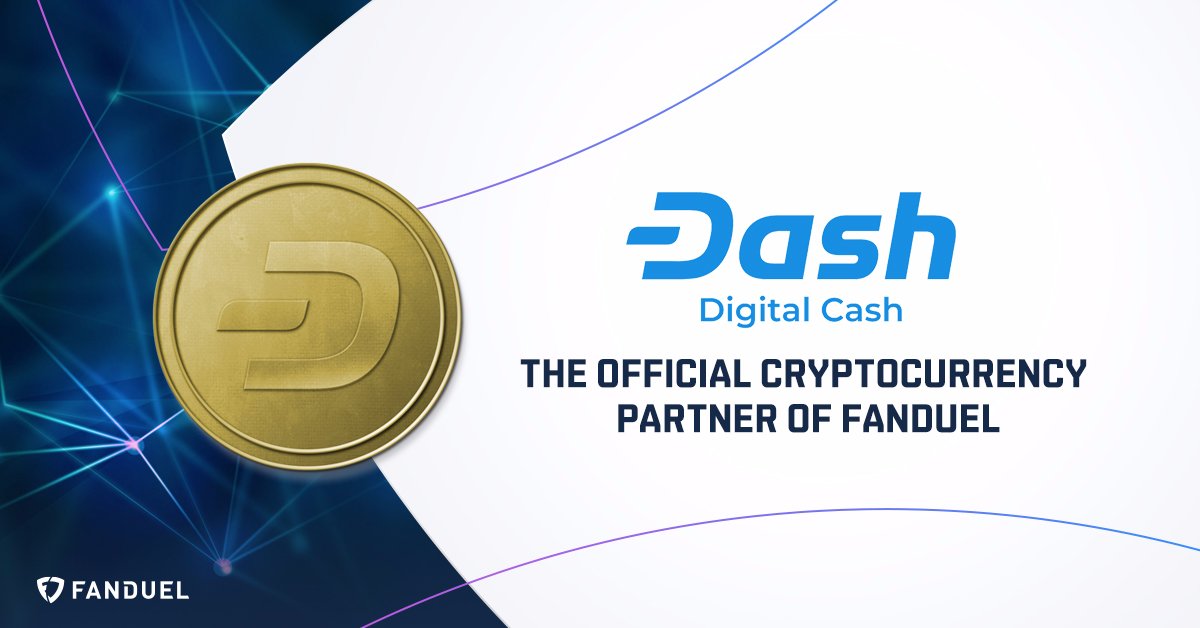 FanDuel has announced that it has partnered with cryptocurrency Dash for its flagship fantasy sports competition, Crypto Cup. The competition will enable participants to win prizes in DASH coin.

FanDuel is a New York-based daily fantasy sports (DFS) provider and bookmaker and its partnership with Dash is considered a step in the right direction.

DASH to be given to winners

FanDuel in its announcement stated that the winner of this season’s crypto cup NFL free plays will be rewarded with Dash, in addition to that the Grand Prize Winner gets a trip for two to the Big Game in February.

The announcement was made by the company in a tweet on August 28, which also stated that Dash is now the official cryptocurrency of FanDuel.

According to information obtained from FanDuel, this edition of Crypto Cup will follow the NFL. It started yesterday, September 9, and will run till to Sunday, January 6, 2019.

The Crypto Cup now offers 18 free play contests from 9th September to 30th December. This will be followed by the free play final on 6th January of 2019.

In the past, the company has made name for itself by giving out BTC and DASH as rewards for its contests to its winners.

Once the contests are completed, FanDuel will get in touch with the winners within three days and give them instructions on how they can claim their reward.

Once a winner has provided FanDuel with the needed information, the funds will be sent to users’ DASH wallets within 30 days.

Dash continues to gain traction both at home and abroad

Venezuela is now its biggest market, with its low transaction fees and fast transaction time appealing to traders in the country. It has become particularly useful due to the high inflation affecting the local Bolivar currency.

Dash has risen by more than 3.36% over the past 24 hours to reach $201, making it the top performer amongst the top 15 cryptocurrencies.

Gemini Is About To Add Litecoin Support, And LTC Price Goes Up