Bytecoin (BCN) was one of the biggest gainers as the market continued to recover. The digital asset’s price has soared by over 30 percent in the last 24 hours alone.

The uptrend has continued during the Asian trading hours and it’s currently exchanging hands above $0.0038. BCN/USD rallied to reach a high of $0.0039.

The sharp rise can be attributed to the general market recovery. However, there’s a lot to suggest that positivity has slowly seeped back into the community and that the recent network failure is now firmly behind it.

While it’s difficult to predict with certainty where prices will fall next, it can be assumed that some features of the coin will help it forge a path to more price gains.

For those worried it could be similar to events preceding the earlier crash, rest assured as most of the major exchanges have reported that the network is healthy and active.

Bytecoin is a mineable coin and has seen increased activity in recent days. 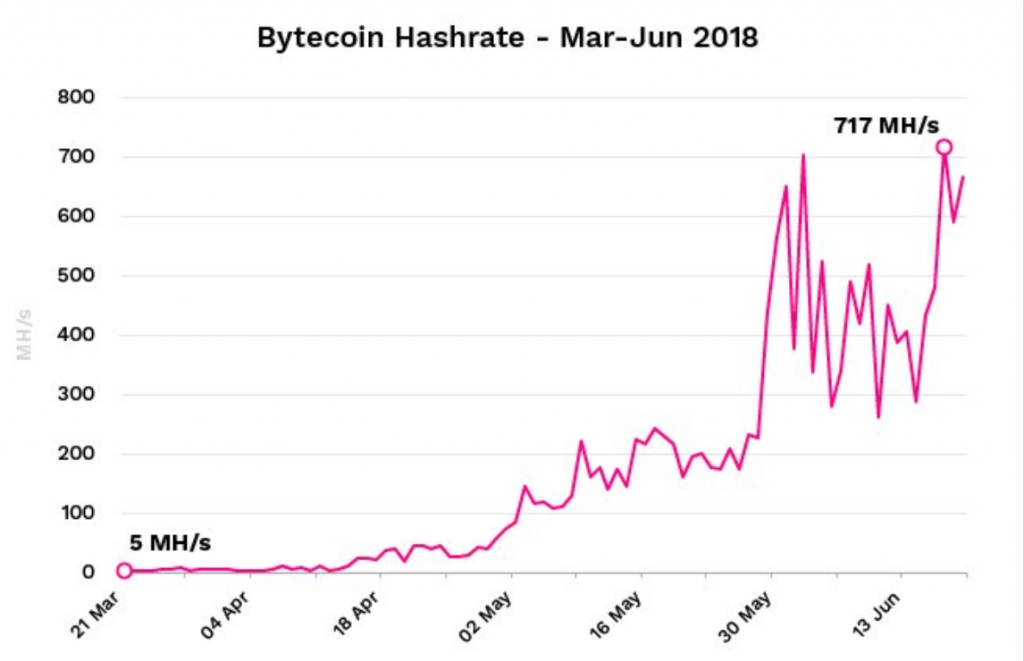 More and more miners have flocked to the coin for its less demanding mining. That has indeed seen

Bytecoin’s hashrate grow by three orders over a period of just three months. According to the development team, June proved to be the most promising month.

By the end of the month, the network had seen a high of 717 MH/s. this is set to continue as the coin gains popularity and prices trend higher.

One of the reasons there’s increased optimism in Bytecoin relates to the recently updated development roadmap.

According to the Bytecoin team, the roadmap is meant to display major milestones in the coin’s development in Q2 and part of Q3.

The team asked the community to let their views known and as it turns out, many are optimistic that things will take a turn for the better.

The first event on the roadmap is slated for July 23, 2018. The High Load Resistant Release will introduce a payment queue intended to allow high loads.

At the same time, it will safeguard against the loss of some transactions which usually get discarded from pools.

Then on August 17, 2018, the team hopes to release a Public Testnet of “of officially managed test nodes”.

It will also allow for the deployment of cutting-edge technological upgrades. On August 31, 2018, there will be a hardfork aimed at allowing dynamic transaction fees.

It’s aimed at incentivizing miners by allowing them to prioritize one transaction over the other depending on the fees included.

Recent reports that the Secret Service had asked the US Congress to look into privacy coins could also affect Bytecoin as one of the projects that emphasize on traceability.

Its anonymity feature is one of the most robust, alongside high scalability. What’s more appealing is the fact that users can transact anonymously over the network without interfering with its speed.

At the same time, the network remains true to the values of transparency.

The Bytecoin devs would wish to see the crypto’s underlying technology adopted widely.

They realize that allowing access to third-parties is a vital link to the success of any accessibility adoption efforts.

With most public blockchains, user information can be accessed via an explorer. It compromises privacy. 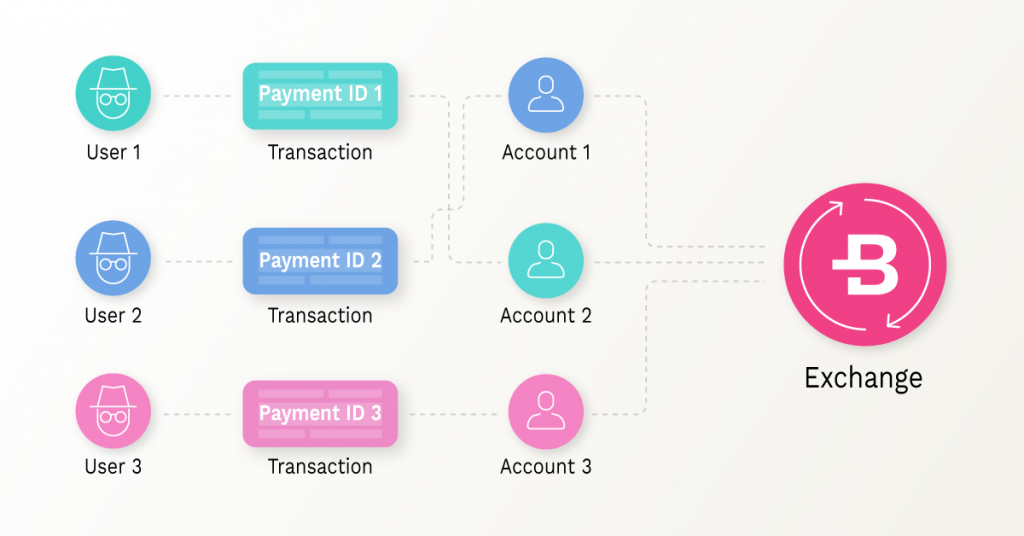 Nevertheless, the Bytecoin Payment ID enables transaction receivers to easily know who the sender is. What makes it different is that it does that without compromising the privacy of those involved.

What exactly is the Payment ID? It is a 32-byte string that carries pieces of information alongside the transaction.

It helps to identify who makes the transaction. It only links that information with the user’s account, without revealing their address.

With so much in the pipeline, and an effort to improve on marketing, it can be assumed that BCN may soon be profitable again.