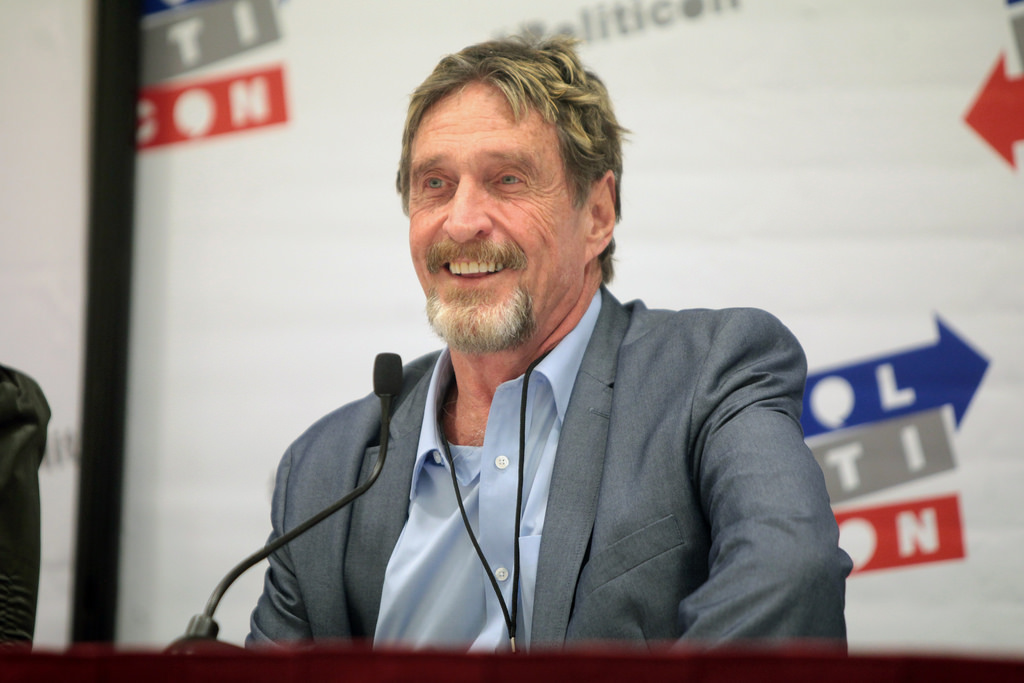 We continue our look at 2018 with John McAfee, who has been making headlines all year…

Often providing some light relief for the crypto community, John McAfee has been around all year to comment on the industry’s ups and downs, while also adding fuel to his campaign to bring crypto into the mainstream via a presidential bid.

It’s well known that McAfee doesn’t actually want to win in the 2020 US elections (his slogan is ‘don’t vote for John McAfee’), but rather he wants to use his platform to push for a higher profile for cryptocurrencies. As such, he plans to run under the moniker of the Cyber Party, promising to steal back the entire system from “thieves”.

“Two competing gangs, whose members have sworn allegiance to a nearly religious set of rigid ideologies, have forced us to choose between two candidates that have been pre-selected by the gangs’ members,” he said. “There are only two people who are allowed to win.”

McAfee has stuck by his optimism for the future of cryptocurrency since the start, and by the end of 2018 his predictions put Bitcoin’s value at $1 million by 2020. This comes as the community is plagued by the sharp downturn in value since November.

May also saw him announce lofty expectations for the coin, even as Bitcoin fell below $8,000. On Twitter he wrote: “Institutional investors are preparing to enter the cryptocurrency market with a vengeance. They are generally long term investors and will be pumping billions into the market. Expect the top ten coins to go through the roof fairly quickly. The bulk of altcoins will soon follow.”

Despite essentially saying what people want to hear when things are looking bleak, McAfee has hasn’t always got things entirely right.

On the flip side, his commentary on the Bitcoin Cash fork caused much controversy, as he doubled down on his support for Bitmain boss Jihan Wu amidst criticism from the Satoshi’s Vision Bitcoin Cash variant headed up by Craig Wright. Wright, in turn, called McAfee  “conman and scammer”, pointing to his ‘unhackable wallet’ claims from earlier in the year.

In September he had offered $250,000 to anyone who could gain access to his BitFi wallet, but profusely denied claims that it had been successfully hacked.

And the divisive figure also recently hit out at the Securities and Exchange Commission, which is currently clamping down on ICOs and Bitcoin-backed exchange traded funds, by saying he would hit back hard should they ‘come for him’.

But McAfee doesn’t seem to mind criticism too much, having actively encouraged detractors to send any dirt they have on him to the documentary filmmakers behind Exposing McAfee.

The billionaire made such an impression this year that another movie based on his life was announced, starring Michael Keaton. Seth Rogen will co-star was Wired reported Ari Furman, who becomes mixed up in McAfee’s world. With a 2018 like this, 2019 can only get more interesting…