Ripple (XRP) has been sued again over securities fraud. It’s not the first time this year that the 3rd ranked crypto has faced such a case.

The latest lawsuit is against Ripple Labs Inc and CEO Brad Garlinghouse. The plaintiff is one David Oconer, an XRP investor, and a resident of California. The lawsuit also includes all residents of the state who’ve bought into the XRP project.

Signed court documents at the California Superior Court show indicate that a class action suit against the defendants relates to their failure to register the XRP token as a security.

Further, an apparent price manipulation that has netted them billions of dollars via coin sales. One of the Ripple founders, Chris Larsen, was even listed as one of the richest people on earth earlier this year.

Central to the latest lawsuit, as with the other two, is the allegation that XRP is a security. Part of the lawsuit filing states:

“Plaintiff brings this suit for declaratory relief the XRP is, in fact, a security under applicable laws, and for damages, rescission and other relief as detailed herein”

It also points out that it’s a centralized asset and that its nature has allowed the XRP team to exploit it in some sort of a continuous coin offering.

The documents signed on June 27 alleging that the company and its benefactors have continually profited from XRP sales.

It claims that Ripple has aggressively promoted the coin and then benefitted from the said sales whenever prices have increased.

The plaintiff believes that the company needs to have registered the XRP token as a security because its investors expected to get returns on their initial investment.

An announcement by Ripple that explained the placing 55 billion XRP in escrow has been cited as an example of deliberate attempts to elevate prices. 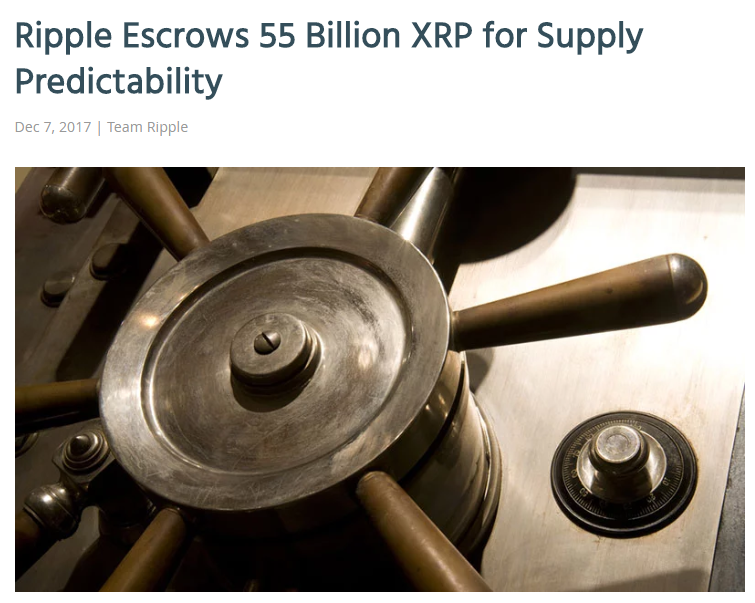 “By securing the lion’s share of XRP in escrow, people can now mathematically verify the maximum supply that can enter the market… this lockup eliminates any concern that Ripple could flood the market, which we’ve pointed out before is a scenario that would be bad for Ripple!”

The lawsuit points out that the announcement was meant to assure the public that the token wouldn’t fall prey to manipulation. It was to assuage the investor community that XRP wouldn’t be dumped into the market.

The court documents further allege that this action meant the token would eventually be profitable to investors.

As an example, the court papers show that XRP had soon after the announcement gone on to record huge price increases, totaling over 1,100 percent.

The plaintiff also points out that Ripple had asked its community to market the coin by tweeting that the escrow account would be a game changer for XRP.

The latest suit follows in the path of the previous ones in pointing out that Ripple and its executives have over much of Q2 of 2018 sold XRP to large-scale investors.

The sale of the tokens is being brought out to show that Ripple Labs and its execs have continued to exercise enormous control over the token and that those sales benefitted them when prices improved. 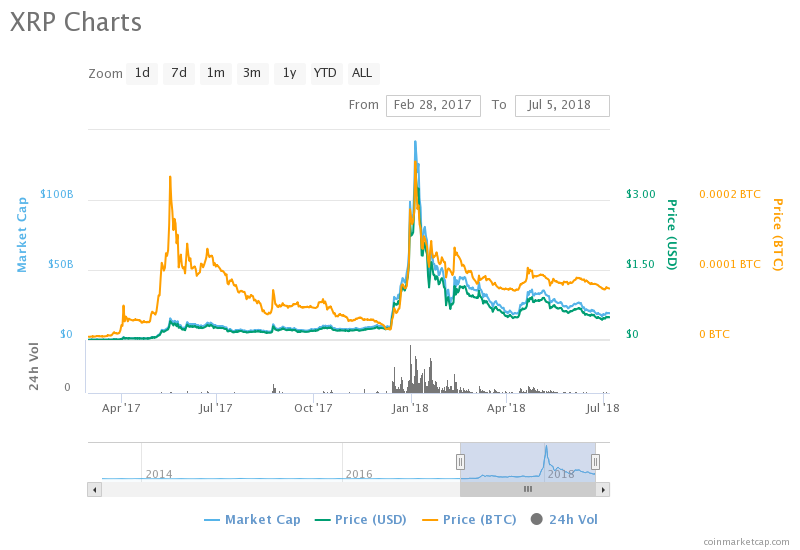 Can the courts do what the SEC hasn’t done?

Ripple (XRP) is yet to be declared a security by the US Securities and Exchanges Commission (SEC).

A while ago, a senior member of the commission said the Ethereum (alongside Bitcoin) would not be classified as securities.

But it hasn’t made any declarations about the XRP coin so far, even though such a declaration or otherwise has been anticipated for much of the year.

While it appears the “Howey test” will now be an integral tool in the increasing lawsuits, one wonders what the SEC’s next course of action will be.

Ripple gets ready to defend

Ripple has enlisted the legal services of a former SEC employees Mary Jo White and Andrew Ceresney. It will be interesting to see how this pans out in coming days.

Should the court go ahead and agree with the plaintiffs, then a flood of other lawsuits could follow. It could trigger a ripple effect in terms of regulation, affecting the entire crypto industry.

Other legal ramifications will only be felt in the fullness of time, including possible criminal charges.

The new wave Of Digital Freedom is coming from Two Coins: Ripple’s XRP and Tron (TRX)

If You Are For 2019, Here Are 5 Reasons Ripple’s XRP Should Be In Your Wallet