Not So Bad Inflation Relieves the Crypto Market, Big Players Are Back. Gainers Overview

Markets across the board, as well as crypto markets, were boosted by US inflation coming in better than expected. Since market participants had been pricing in a deeper decline of  8.7%, July’s 8.5% fall was a sign of relief for risk markets.

Before deciding whether to trigger a 50-point or 75-point rate increase at the September meeting, Federal Reserve members will gather in Jackson Hole in late August to digest inflation and jobs reports.

There is a possibility that risk assets will rally further in the event of a dovish tone adopted by the US central bank amid soothing inflation pressures.

Historically, Bitcoin has tracked legacy markets, as shown below with the S&P 500 in orange and the NASDAQ in blue. Since reaching its latest bottom, it appears the BTC market is headed upwards. 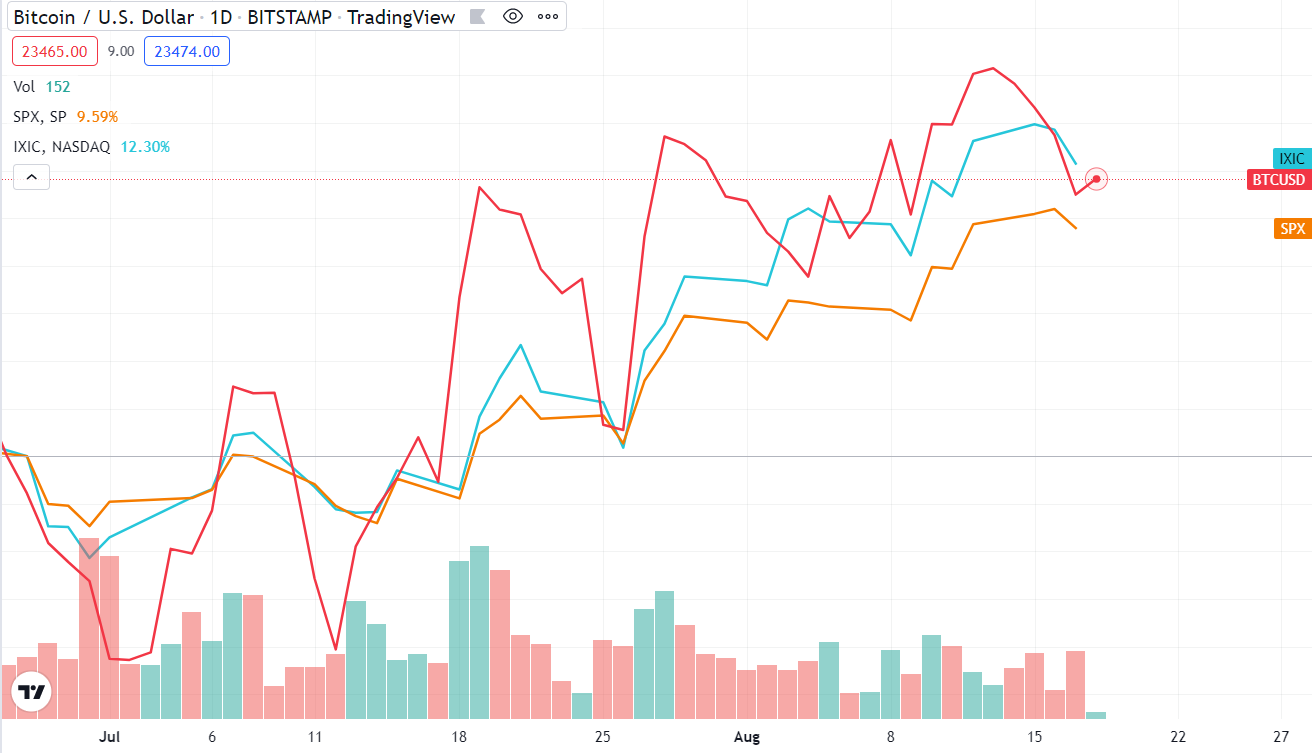 The CPI data and subsequent monetary policy decisions will continue to play a significant role in determining what happens next. It is evident that the next few months will be shaped by the geopolitical situation involving the Ukraine-Russia conflict, the European winter energy crisis, China’s policy toward Taiwan, the Covid lockdowns, etc.

Still, over the past few years, BTC has generated at least double-digit annual percent gains for long-term holders, and it’s too early to say how this year will end, as things might change in an instant.

Current on-chain activity indicates that a buy-on-dip mentality is prevailing. For long-term investors, Bitcoin is still a promising investment with potential for growth.

Long-term BTC holders seem confident that the flagship will increase in value in the future, as shown by the following chart. LTHs are typically better at predicting Bitcoin price movements compared to newcomers so it’s worth paying attention to them.

Based on the reserve risk chart, which has been in the green zone for a while now, Bitcoin seems to be an appealing risk/reward investment.

Fear Wanes; The Big Players Are Back on the Scene

Overall, crypto market sentiment has improved since mid-June, when it was in a panicky state. Even though the current score of 30 is still in fear territory, it’s a far cry from the score of 6 back then.

A major move has also been made by BlackRock, the global asset management giant, by partnering with Coinbase. Wall Street is slowly but steadily making its way into the crypto space. It is a well-known fact that prices rise when institutional investors enter the game. Their foray into crypto certainly impacted the last major bull run that saw Bitcoin hit its latest ATHs.

An Overview of Top-Performing Cryptos

Some notable gainers include the following tokens.

EWT Token jumped after BlackRock gave a shout-out to Energy Web, a nonprofit that develops operating systems for energy grids and whose mission is to accelerate the decarbonization of the global economy. 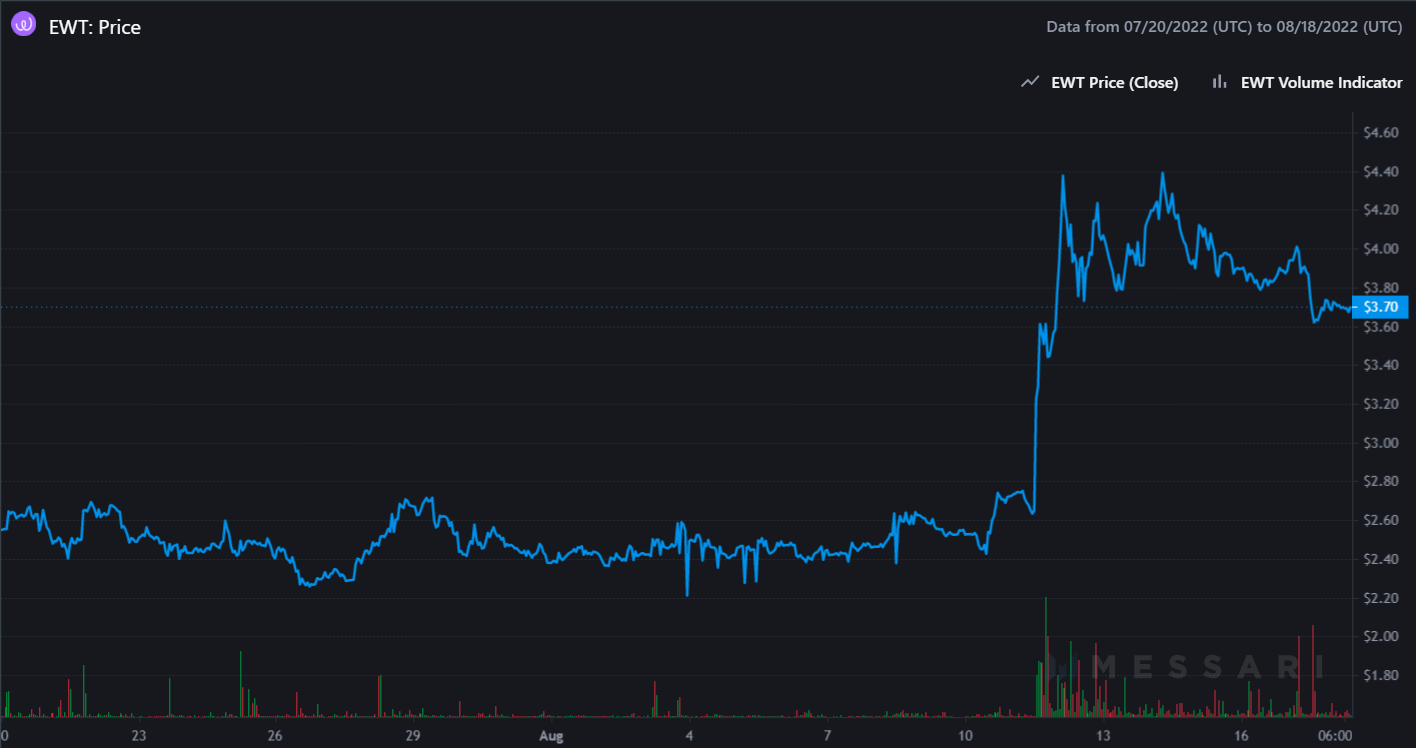 After receiving an investment from Binance Labs, Ankr Protocol, a leading provider of blockchain infrastructure services, saw its ANKR token go parabolic. Within the past week, its price moved up 30.5%, and on a monthly basis, it soared 58%. The project’s total value now stands at $377.5 million thanks to this price increase. 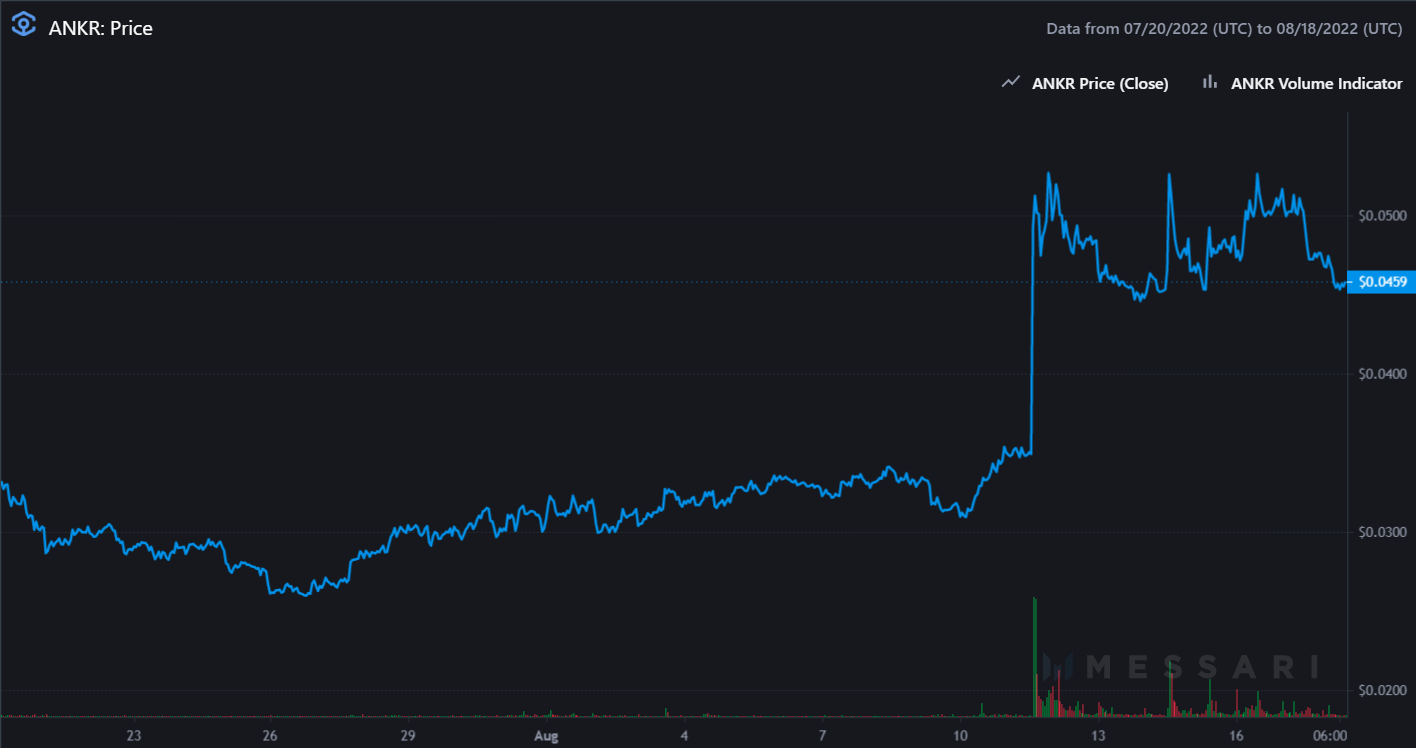 Also among the gainers was RLC, the native cryptocurrency of iExec, a decentralized computing platform where anyone can generate revenue via the rental of computing power, datasets, and applications. The price of RLC rose 39% over the past two weeks. 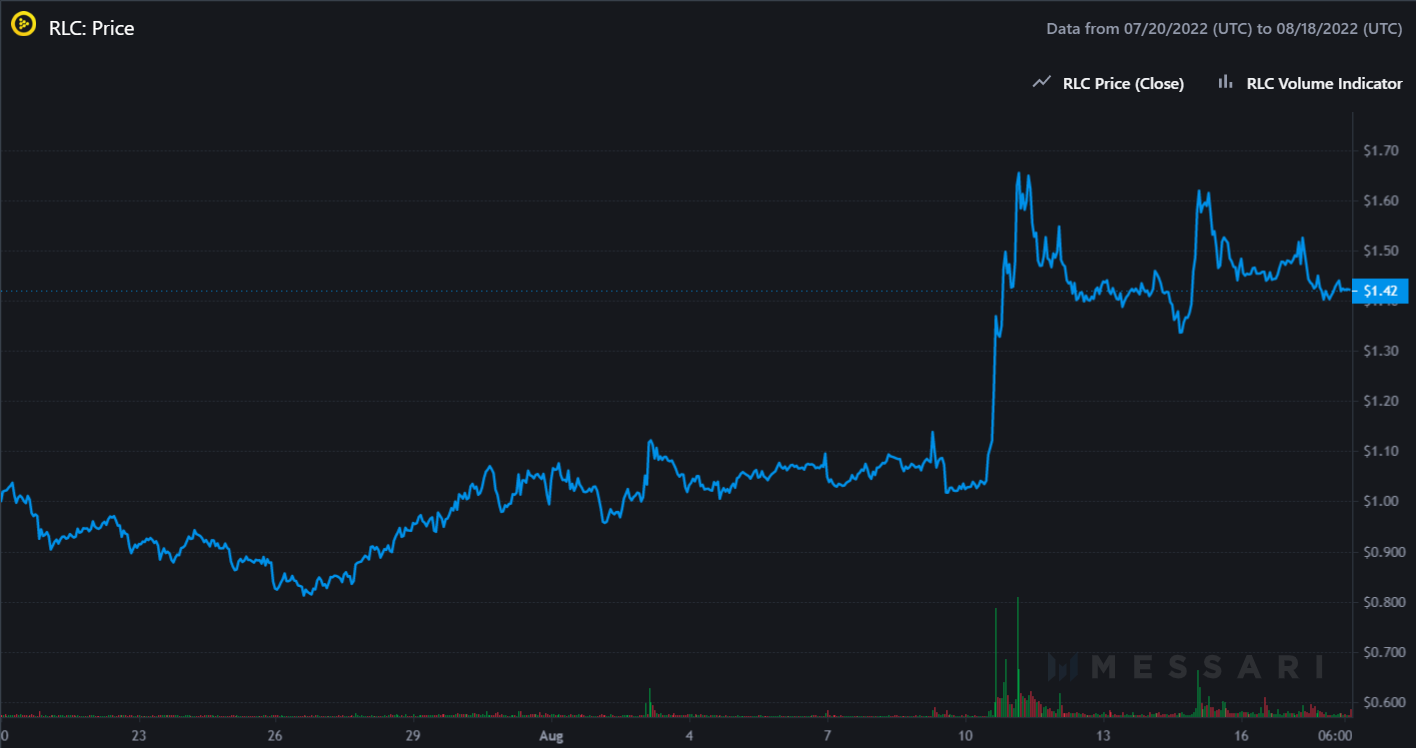