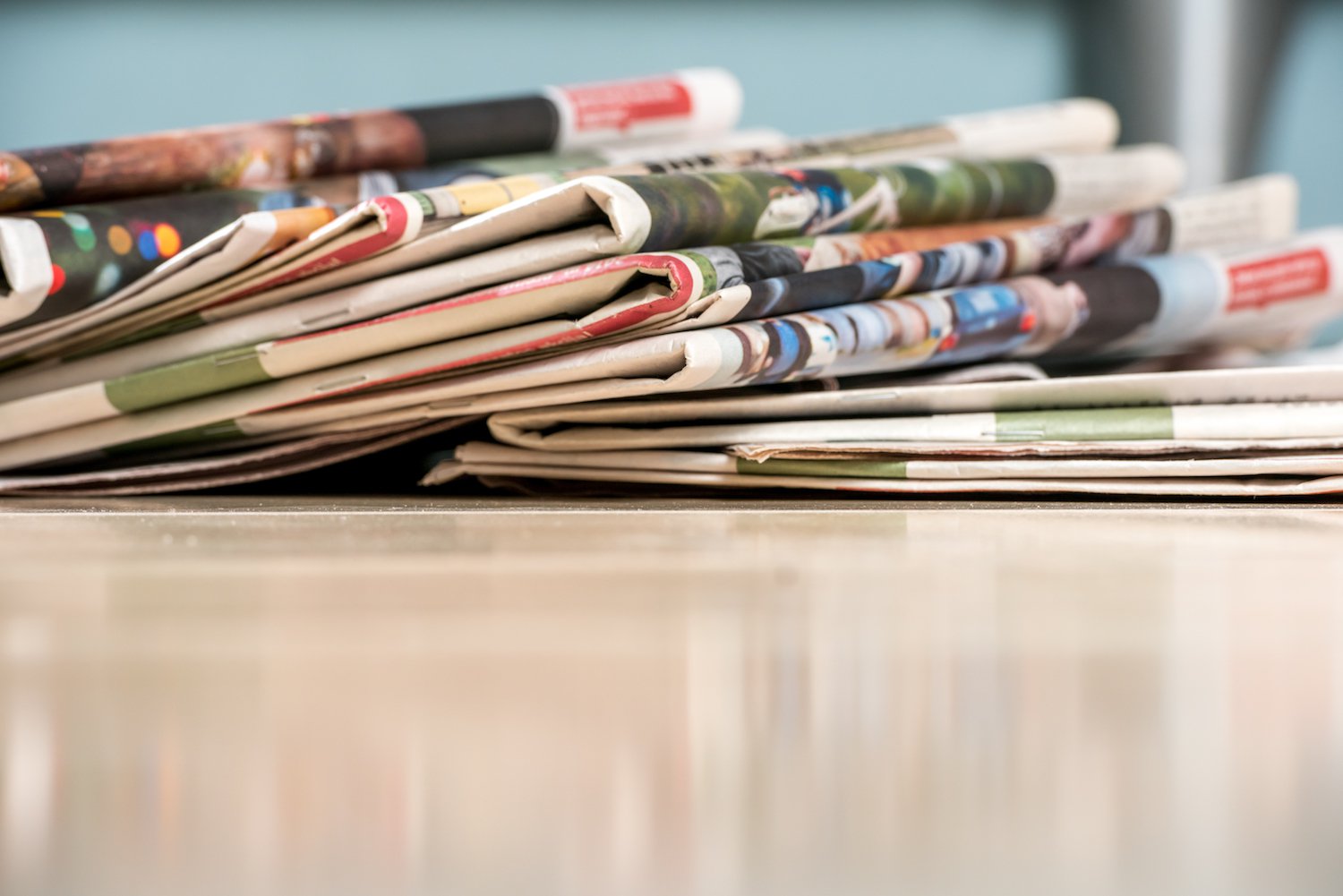 Before discussing the launch of a blockchain platform for newsrooms, there was one thing I had to clear up with the Matt Coolidge, co-founder and communication lead at the Civil Media Company: was he planning to put me out of a job?

“Our visions of world domination stop short of disrupting CoinDesk,” he said.

A truce achieved, it was time to move onto the details.

Civil, one of the most high-profile projects under the umbrella of ethereum startup and incubator ConsenSys, is a response to a cascade of crises in journalism: the proliferation of “fake news,” the splintering of the media into ideological “echo chambers” and technological disruption at the hands of search engines and social media.

To varying degrees, Civil aims to solve all of these problems. Paradoxically, its goal is to un-disrupt journalism by throwing yet another technological innovation into the mix – blockchain.

The Civil platform is based on the ethereum blockchain, a distributed ledger that could allow newsrooms to post content no single party can alter or take down, while ethereum-based smart contracts could enable innovative methods of earning and distributing revenue to content creators.

The blockchain might also allow Civil to conduct an experiment in decentralized governance using an ethereum-based ERC-20 token. Through what Coolidge called the “Civil economic game,” newsrooms and readers might soon be able to enforce journalistic standards on a media industry that seems determined to forget them.

The “game” hasn’t begun yet, but Coolidge said that a sale of the CVL crypto token is “imminent.”

In the meantime, newsrooms have already begun to publish on the Civil platform, including Documented, which covers immigrant communities in New York and the national immigration policies that affect them; Cannabis Wire, which tracks developments in the marijuana industry; and Sludge, which reports on lobbying and the influence of special interests in politics.

“One of the most worthwhile experiments in journalism that I’m aware of at a time when new solutions to the business of journalism are badly needed.”

In all, Coolidge said, nearly 100 journalists have signed up for the platform.

To understand how Civil plans on changing journalism, it’s helpful to understand the main feature of the ethereum blockchain that the project plans to take advantage of.

The ethereum blockchain is not located in one place or controlled by one party but instead, stored and simultaneously updated across a large, distributed network of computers. This means that articles published on Civil cannot be changed or taken down by governments, hackers or any other entity.

Journalists who have launched newsrooms on Civil are particularly excited about this aspect.

David Moore, co-founder of Sludge, had similar things to say, contending that ethereum’s censorship resistance is “terrific” for readers “in countries that have even more actively oppressive speech restrictions and government surveillance than the U.S. does.”

Even without government interference, though, journalists have seen their work evaporate overnight, and as such like the idea of an immutable record. Coolidge cited the example of Gothamist and DNAinfo, publications that were abruptly shut down by their owner in November 2017, leading all their content to temporarily disappear from the internet (their archives were restored after a backlash and the publications were later bought).

Yet, for the time being, most Civil articles will sit on newsrooms’ centralized servers, meaning they could potentially be taken down or changed.

Instead of storing the full-text articles, Civil’s smart contracts – which have not launched yet – will store their hashes, enabling readers to verify that the article has not been modified. Hashes are strings of numbers and letters obtained by running data through certain algorithms. A given set of data will always yield the same hash, but if even one letter of the original data is changed, the hash will come out completely different.

Dan Kinsley, co-founder and engineering lead at Civil, described this approach as “a way to set us up in the future for decentralized file storage,” perhaps using the Interplanetary File System (IPFS).

For especially high-value or sensitive content, though, newsrooms could store full-text articles directly on ethereum smart contracts today, but they’ll have to pay higher network fees to the miners who maintain the blockchain.

Ethereum’s smart contracts, which enable programs to be executed on the blockchain by means of publicly visible code, could change the way newsrooms monetize as well.

Readers, for instance, could subscribe to publications through smart contracts or pay per article – whatever model a newsroom chooses. And these payments could not be blocked by governments or anyone else.

Revenues could also be distributed in newer, more complex ways through smart contracts.

“There’s many participants in getting a story to print,” Kinsley said, naming editors, fact checkers, reporters, photographers and producers of other articles cited by that story.

“One of our goals is to allow the value to trickle down to all of the participants in this value chain through licensing and content attribution and having that all on the blockchain so if one piece of content goes viral, how can you bring some of that value down to the photographer that took that original photo and licensed it in your article?”

For now, Kinsley said, these innovations are a ways off, but he noted, “That’s something we’re keenly interested in solving.”

He also made it clear that “for the near term, we expect the bulk of payments to occur via credit cards.”

Finally, ethereum’s smart contracts could allow newsrooms and audiences alike to commission work, expanding the ways in which journalism is produced and paid for.

Moore expressed excitement at the idea that Sludge could put out a bounty for reporting from a freelancer, and readers could post bounties for a story they wanted to see reported.

While new revenue models are likely to be alluring for many newsrooms today, the most ambitious aspect of Civil’s platform has to do with its token-based governance system.

Using the yet-to-be launched CVL token, the project hopes to bring so-called “crypto-economics” to bear on one of journalism’s biggest problems. As Coolidge described it, the system is a kind of game, in which the objective is to “spot the unethical newsroom” – and there’s a monetary reward if you succeed.

Every newsroom on the platform deposits a certain number of CVL tokens, and if one participant feels another is behaving unethically – printing fake news or hate speech, plagiarizing, encouraging violence or otherwise violating the rules of the Civil constitution – they can challenge the alleged offender’s place on the platform by staking a matching deposit of tokens.

The other platform members then vote according to their token holdings, and if the challenger wins, the offending outlet is booted off of Civil (and its tokens distributed to voters on the winning side). If the challenger loses, they forfeit the tokens they staked and the newsroom they challenged stays put.

The point, Coolidge explained, is to provide a mechanism for keeping newsrooms honest, but also to take subjective bias out of the equation.

“It’s not just because I’m a Republican and you’re a Democrat and I don’t like your politics, I’m going to challenge your newsroom,” he said.

In other words, in Coolidge’s optimistic interpretation, the Civil governance system not only counteracts fake news, it enables “a very diverse ideological and political spectrum of newsrooms” – what he also called “the anti-echo chamber.”

It’s not hard to imagine the system being exploited, however.

Peter Thiel, a billionaire tech entrepreneur, funded a lawsuit that bankrupted the news outlet Gawker after it outed him as gay (the lawsuit was brought by a different plaintiff over an unrelated issue). Creating a token economy system that gives wealthier participants more voting power almost seems like it could streamline the process of taking out pesky newsrooms.

Coolidge said that thought kept the Civil team up for many nights, but by creating the Civil Foundation, an independent body set up to govern the platform developed, whereby decisions can be appealed, he hopes to prevent something like that from happening.

It’s worth noting that this structure bears some resemblance to EOS, where the arbitration process has led to unintended consequences.

For now, journalists on the platform are more focused on Civil’s possibilities than its potential pitfalls. Siegelbaum told CoinDesk: