At least one bitcoin mystery can be checked off our lists.

The long-awaited reveal of the private keys connected to a now-defunct alert system built into bitcoin occurred Monday through an email by two Bitcoin Core developers, Bryan Bishop and Andrew Chow.

In the email, the two wrote that the reason for full disclosure of the bitcoin alert keys was to “mitigate the effects of unknown dissemination and proliferation of the keys.” Further, Bishop and Chow emphasized that these keys would no longer pose risk to the bitcoin network, explaining that “the bitcoin alert system has been completely retired.”

Retired or not, social media kicked into overdrive once news about this bitcoin secret having finally gone public caught wind. 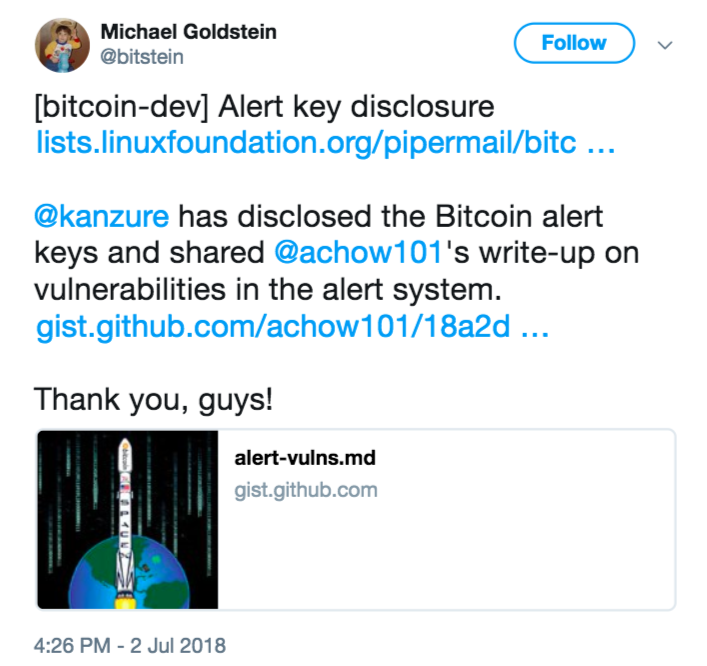 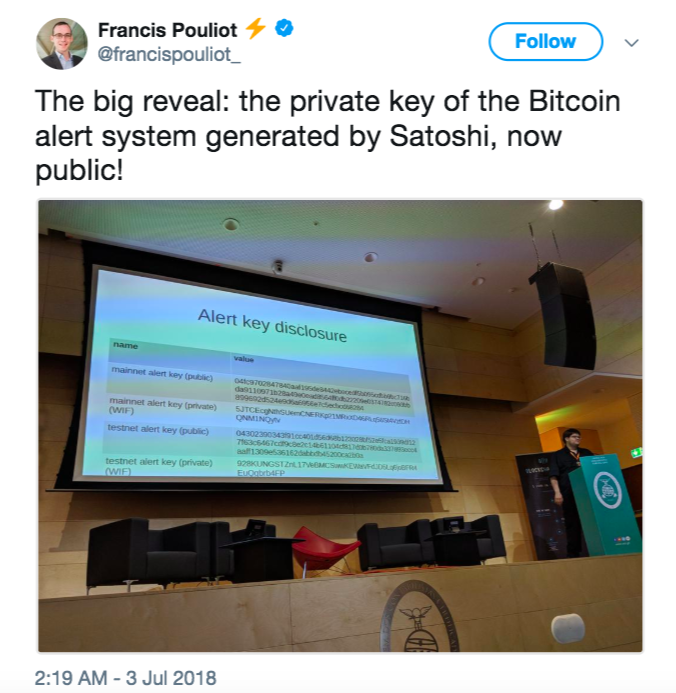 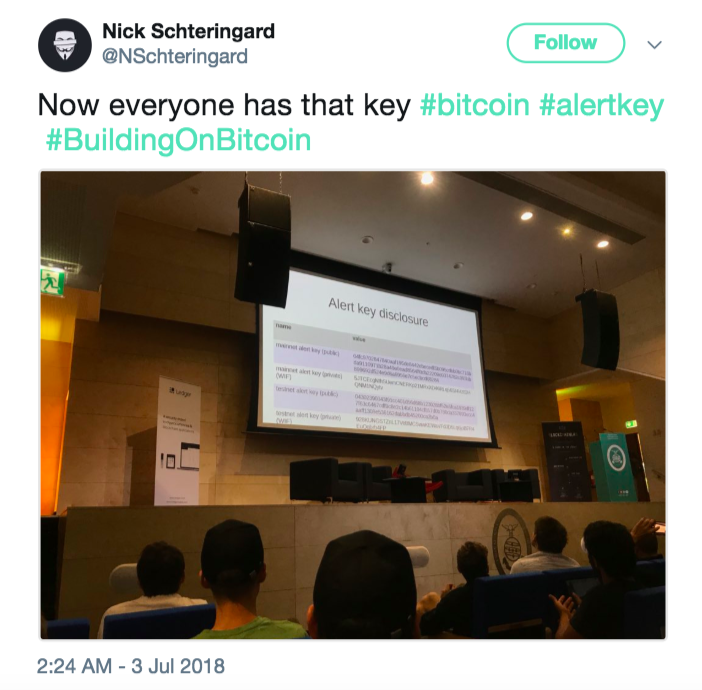 Part of the chatter was for Bishop himself, who gave a talk the following day after releasing the private keys at a conference in Portugal. He spoke about the vulnerabilities of the retired alert system and why the project to get rid of the whole system started back in 2016. 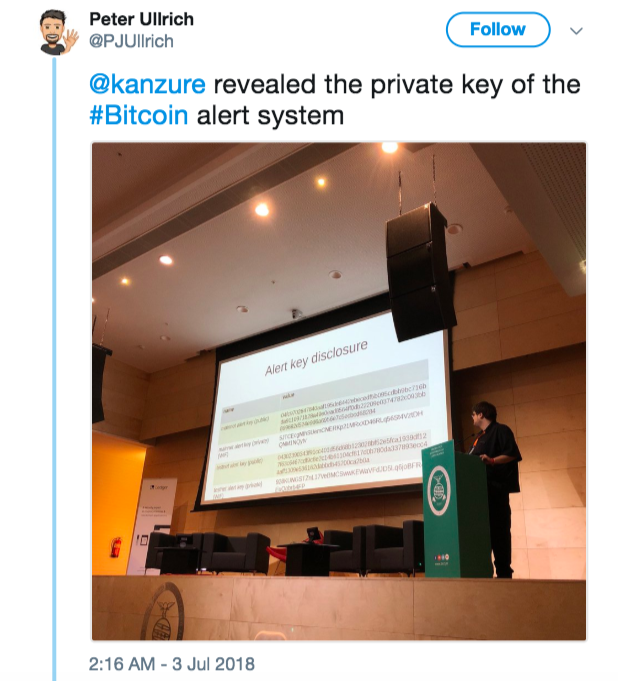 ‘The disclosure is OK’

While the project started in 2016, one of the reasons behind why the keys stayed private until now was due to the danger full disclosure could pose to cryptocurrencies that still use an older version of the bitcoin code.

However, as explained by Pavol Rusnak, CTO of SatoshiLabs, the danger is presently limited to only one cryptocurrency, according to a script he ran checking the “sources of all altcoins on GitHub” and finding “only one that still has the alert key present.” 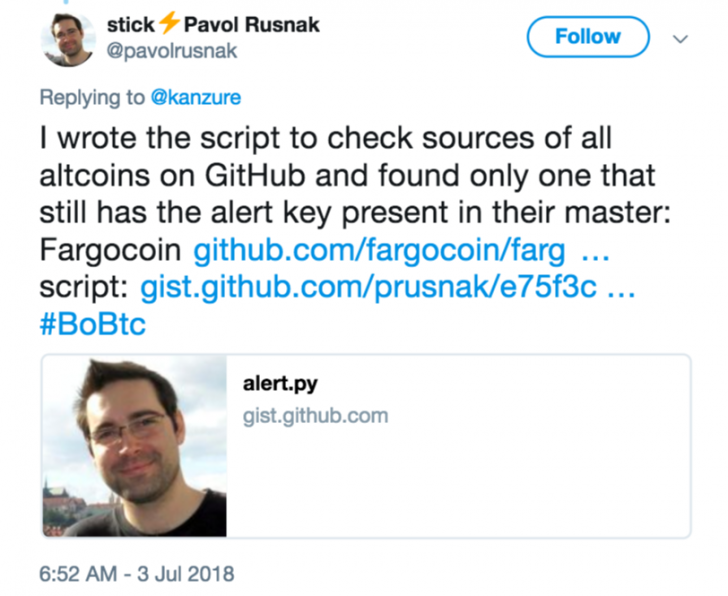 As such, for Bishop, his confirmation of the bitcoin alert system being sufficiently “dead” is reason enough for why “the disclosure is OK” as he explained in a rather exasperated tweet.

But alert systems, in general, aren’t all dead.

In fact, as Bishop and Chow say in their email, developers of cryptocurrencies wishing to use something like the bitcoin alert system but without the same vulnerabilities of private alert keys being hijacked can indeed implement “a few very simple fixes,”

Namely, developers have the option of downloading a recommended patch to “safeguard nodes from the aforementioned issues” accessible on the popular code-sharing website, GitHub. 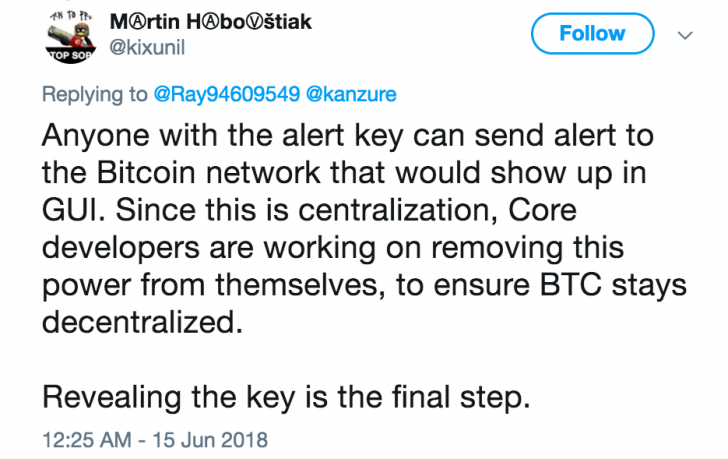 Part of the reason for why full disclosure was necessary came down to the secrecy shrouding the original list of people and organizations who held possession of these private keys in the first place.

Indeed, any secret possession of the key would, in theory, open the risk of broadcasting false messages to nodes across the network.

In a tweet posted on June 14, Bishop wrote a message coded in one of the bitcoin alert key signatures to challenge Craig Wright to write a response in the same way, if he indeed had knowledge of this private information only known to a select few at the time. 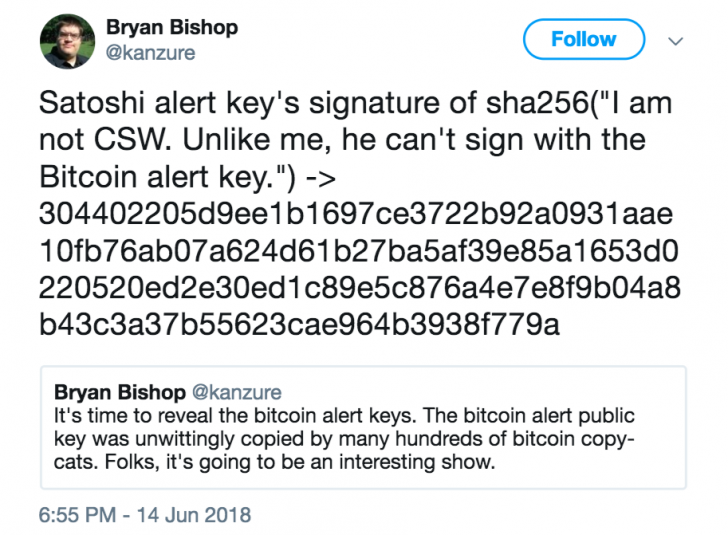 Despite the open invitation to contradict his claim, Craig Wright did not respond, much to the dismay of some on Twitter. 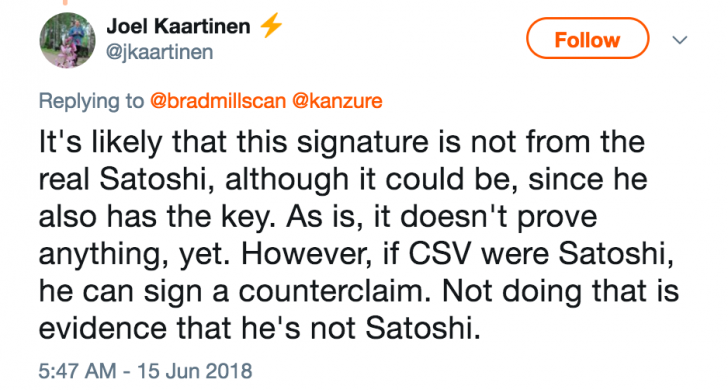 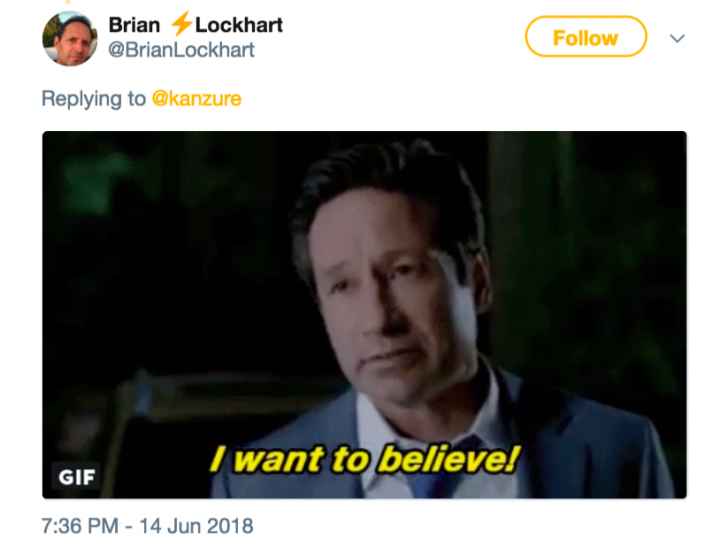 In sum, “by broadcasting the values to make them available to everyone, the value of the keys is intended to be eliminated, since now everyone could feasibly sign messages, the value of the signed messages becomes zero,” Bishop and Chow wrote.

Or, as one observer noted on social media, possession of the alert keys makes everyone Satoshi – sort of. 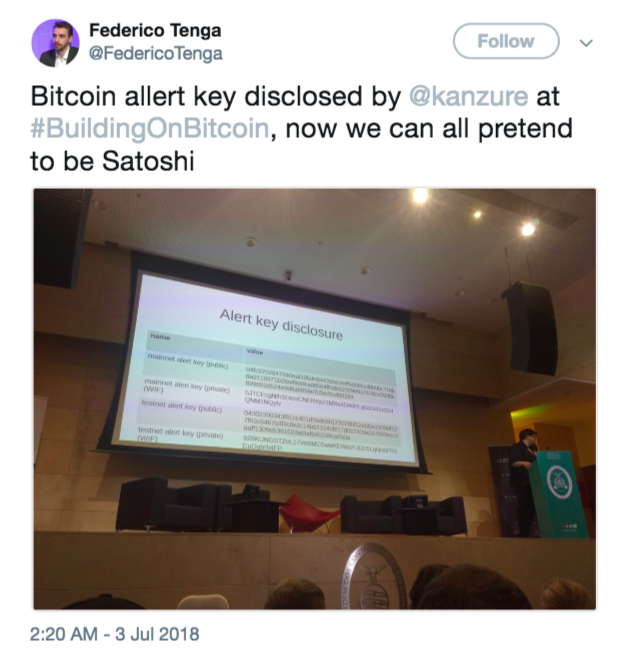 Lock and key image via Shutterstock