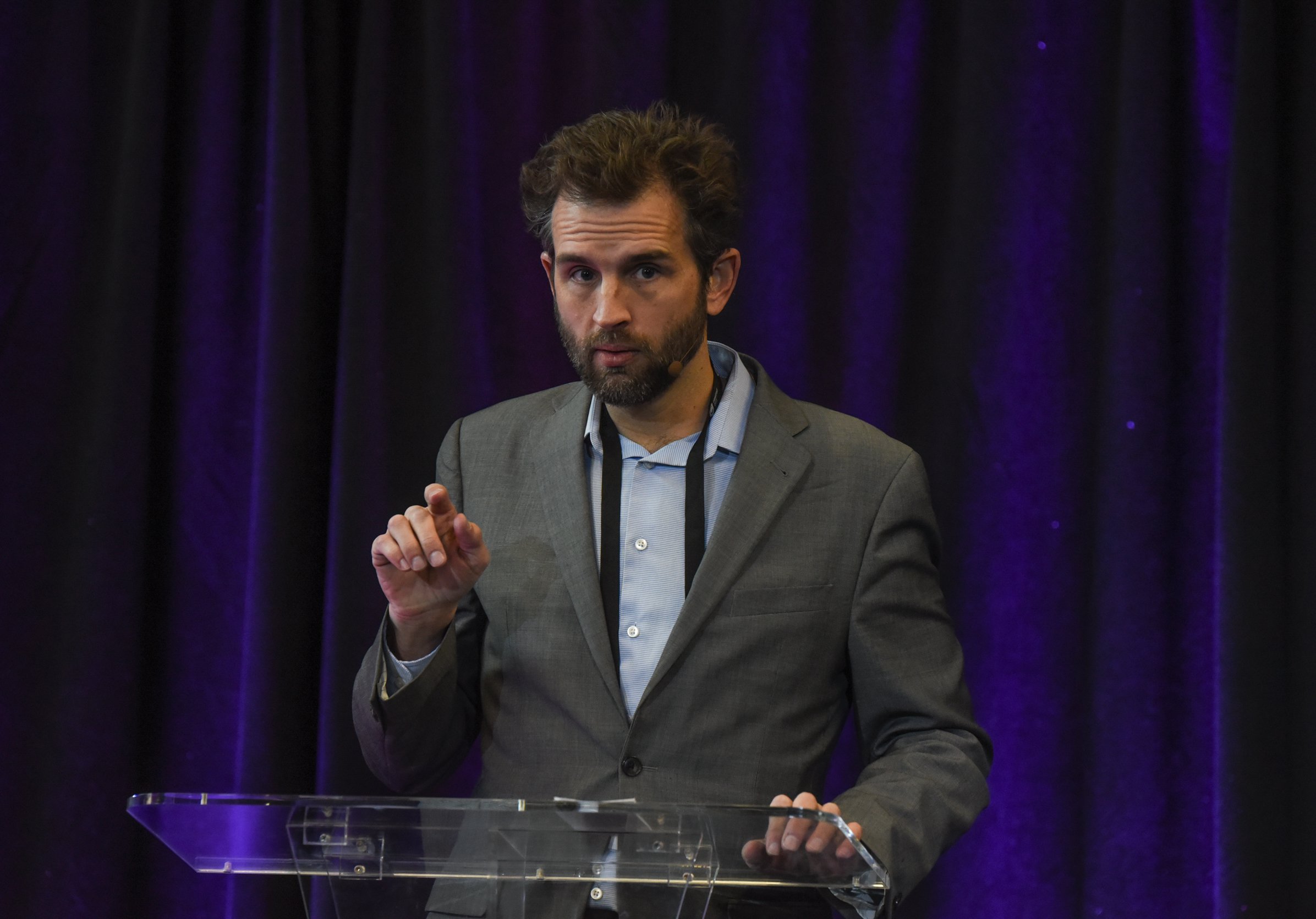 That’s how much Zooko Wilcox, CEO of the Zcash Company, earns per month from the $650 million zcash cryptocurrency network he helped create. Worth $305,000, or $3.65 million annually, the details of his salary, revealed by Wilcox in a presentation at Zcon0 Tuesday, have sparked somewhat of a scandal on social media.

“I really did this whole ‘starting a cryptocurrency’ thing wrong, didn’t I?” Jackson Palmer, founder of $260 million cryptocurrency dogecoin, tweeted.

It’s a notable critique, as in the past few weeks, an independent zcash wallet developer went so far as to threaten to “rage quit” and split the blockchain in the absence of further funding from the community. Central to his issue was the lack of monetary contributions he was receiving for his work, which as the response indicates, was necessary for the safety of the network.

Still, while the specifics of Wilcox’s salary were not widely known, what was previously public was that in the zcash code is what’s called a “founders reward,” a portion of the code that allocates 20 percent of the ZEC generated by mining to company stakeholders.

Because it relies on zcash issuance to pay out employee and investor salaries over time, the reward has been harshly criticized since the blockchain’s inception (with words like “scam” and “shitcoin” thrown around liberally.)

It even led bitcoin private’s Rhett Creighton to fork the zcash blockchain days after it went live, to forge a new, founder reward-free version called named zclassic that is now valued at $30 million.

Distinct from other funding models that have been tested in the industry, such as the ICO, the pre-mine and the so-called “fair launch,” the founders reward was programmed to run for four years, modeled on the Silicon Valley vesting schedule.

“I think experimental side of this stuff is appropriate, and should be encouraged, but many people in the industry are very ideological, and prefer the cypherpunk ideal of the fair launch,” Nic Carter from Coinmetrics told CoinDesk.

Revealed Tuesday, Wilcox’s $3.65 million annual salary accounts for 0.9 percent of the overall zcash issuance – the further 19.1 percent is split up between the Zcash Foundation, the Zcash Company and 44 other founders, investors, and advisors, with 80 percent of the total issuance going to miners.

“As far as his percentage you have to remember at the time it was decided we didn’t know what the price would be,” Hudson Jameson, a communications officer at the Ethereum Foundation, told CoinDesk.

“That’s where the hysteria is coming from, because it turns out that if he was cashing out everyday he would be making millions.”

Due to the funding model, it’s resurfacing allegations of centralization in the Zcash Company, the primary entity tasked with maintaining the code base.

“As long as zcash corp runs the show, it will either get shut down by US [government] or co-opted,” Howard Chu, a monero developer, tweeted on Tuesday.

Citing research that shows zcash’s use of transparent transactions weakens privacy, bitcoin developer Peter Todd said this was a “sadly predictable” outcome of zcash’s initial roadmap, which included transparent addresses for the sake of adoption.

“Zcash’s focus on launching their currency and repaying investors rather than actually providing by-default anonymity may result in a ZEC user being deanonymized,” Todd tweeted.

Still, over the past two years, the Zcash Company has used the reward to improve its tech, making the previously unwieldy shielded transactions small enough so that they can compete with transparency. Plus, the paradox of relying on a centralized company for the development of a decentralized cryptocurrency is a conflict that is being actively questioned by the zcash community.

“Is zcash an open-source product or the software product of a company? Answer is it’s both.” Wilcox said at a fireside chat on Wednesday.

Wilcox continued by emphasizing the importance of consent, and that users that choose to run zcash are opting in to both the founders reward and the ethos of the company as well. “Switching to monero is always an option,” Wilcox told the audience.

Plus, Wilcox told CoinDesk, the trust burden is minimized by the fact that it is all open-source and verifiable code.

“The reason you can rely on the privacy of shielded addresses is because it’s open-source software, that’s what protects your privacy, it’s not because you’re trusting the Zcash Company,” Wilcox said.

And there are distinct advantages to the governance structure as well.

“Zcash chose to align themselves with a slightly more corporate governance structure in exchange for these immense benefits which are coordination benefits, and the ability to actually have cryptographers on staff,” Nic Carter told CoinDesk.

There’s also ways in which the company is trying to complexify the leadership structure. Formed last year, the largest recipient of the founders reward, largely from donations by Wilcox himself, is the Zcash Foundation, an independent entity that is intended to off-load decision-making and development efforts.

“We hope to have a credible engineering team that’s able to provide an alternate locus of power,” president of the foundation, Andrew Miller, said.

Having elected two new board members to the foundation, CEO of Clovyr Amber Baldet and zcash co-founder Ian Miers, the foundation has an ambitious scope, that includes partnering with and supporting the development of the privacy-focussed ecosystem more broadly.

It’s donated 6,563 ZEC, or nearly $1 million a month, to do this, and according to Baldet, in this regard, the founders reward has been invaluable.

“It’s fantastic that the first thing to do isn’t to fundraise for the foundation, because funding for privacy as a passion project has been notoriously difficult.”

Baldet also supports the company structure, citing its usefulness in coordination around development, and the founders reward as part of that as well.

“I think it’s a brilliant idea with a terrible name,” Baldet said.

According to Baldet, the founders reward is an innovative incentive scheme, because it binds both developers in the Zcash Company and coin holders to supporting the network, or what Wilcox calls “shared fate.”

Speaking to CoinDesk, Carter added that the key advantage such a structure has is its transparency. Whereas the reward structure in zcash is stark, Carter said he had embarked on research on various cryptocurrencies and startups last year, trying to glean information on the financial breakdown of the networks, and found little data.

“I tried to find basic information about them, was there a premine, was it an ICO, a fair launch and crucially, what fraction of the network did the founders control,” Carter told CoinDesk, “For most of the case it was unknown.”

“Zcash is a special case where these things have been known since inception.”

In a presentation Thursday, Carter said that cryptocurrency communities are often dishonest about where the nexus of power lies, occasionally creating elaborate governance structures in an attempt to obscure centralization.

“Right now it’s important to elucidate where key power structures to reside, and when there’s more complexity the more opportunities protocol developers have to enrich themselves and their friends,” Carter said.

Over the course of the conference, developers also discussed how better to empower users to contribute to the code-base, with a strong emphasis on education and increased usability.

Speaking to CoinDesk, Wilcox said this largely informed his decision to share his salary. “The zcash community is starting to take the decisions about the future of zcash so they all need to know the relevant facts,” Wilcox said.

Transparency is an important part of this, Wilcox said.

“Power and money are closely related,” Wilcox told CoinDesk, “Who controls the money and where did it go after.”

As such, Wilcox said stands by his decision to expose his finances, regardless of the backlash.

“Explicitness and transparency are better, they attract criticism but that’s part of what’s good about them. And those who aren’t transparent, the same criticisms should be applied to them,” Wilcox told CoinDesk.

“I would like if the outcome of this controversy would be to trigger people to investigate and publicly talk about the equivalent compensation and equivalent power structure in all the parts of this industry.”