The Pen Is Mightier Than the Sword? Bitcoin’s White Paper Proves It 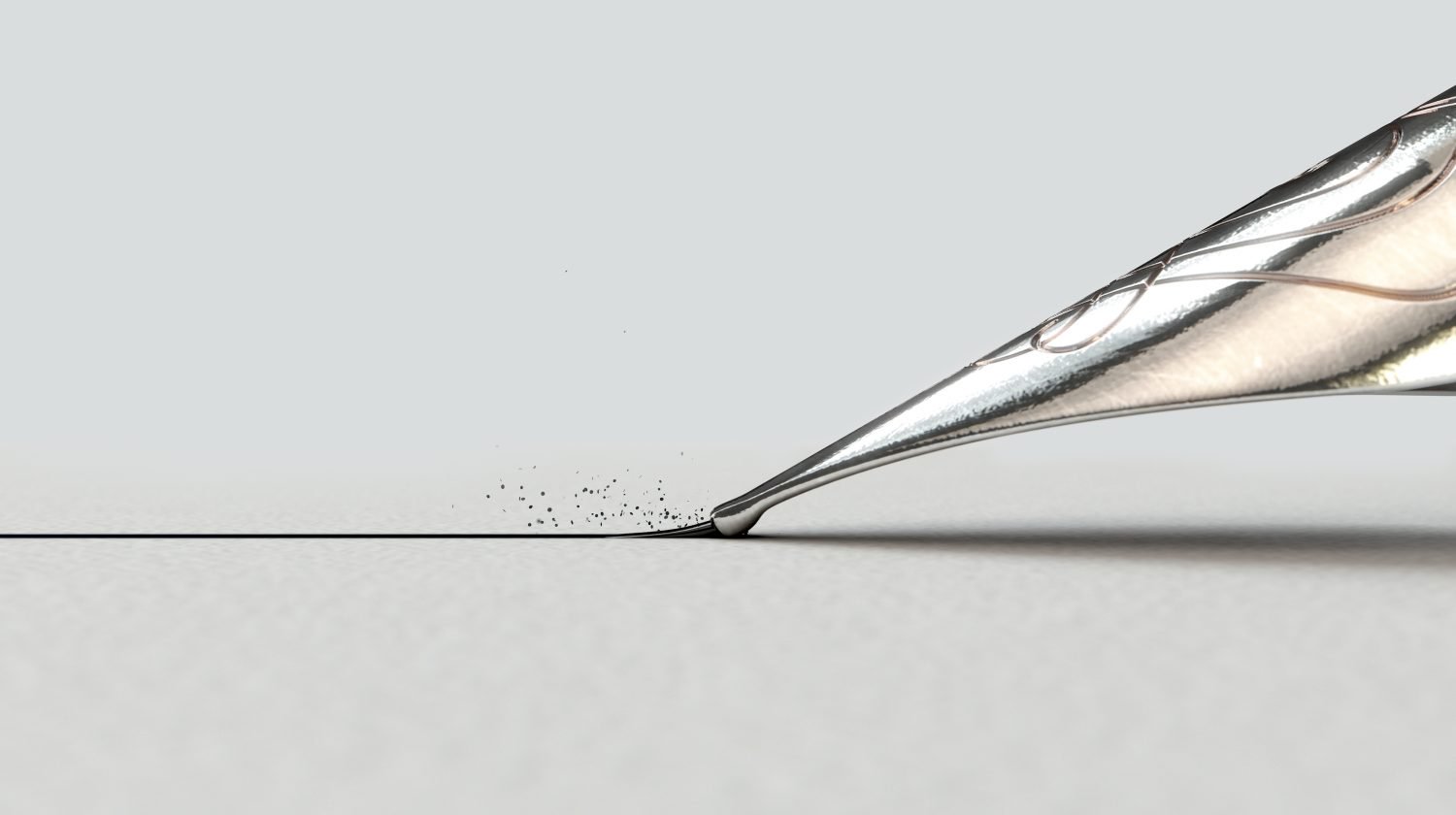 Erik Voorhees is the CEO of ShapeShift.

This exclusive opinion piece is part of CoinDesk’s “Bitcoin at 10: The Satoshi White Paper” series.

There’s an old adage that “the pen is mightier than the sword.”

Growing up, it always bothered me. I knew it to be wrong… obviously a sword is mightier, and even on the metaphorical level, the world seemed changed more often through violence than literature.

My thinking is different now, for with every day that passes, Satoshi’s original writing handily demonstrates the validity of the adage. Within only several pages, Satoshi conveyed a design for what would become the foundation of the world’s future monetary and economic systems. It hasn’t fully happened yet, but we’re seeing it unfold in front of us. And I think we may take this 10-year anniversary to remember why it matters…

Humans have a depressing tendency to suffer under self-imposed delusion, and perhaps history can be viewed as the process of mankind sporadically discovering and casting off the self-deception under which it toils. Plato’s Allegory of the Cave conveyed it eloquently.

We live under many delusions, and for the last 100 years, at least, one such delusion has been that of fiat currency. Fiat currency is, without exaggeration, the most odious fraud ever perpetrated upon mankind.

Let’s consider it for a moment…

Fiat operates as follows: a group of certain people (called “central bankers”) acquire the right (and indeed the mandate) to declare what shall be valued most in society; that most liquid and tradeable good: “money.” They acquire this right through a combination of opportunism and ignorance — opportunism on the part of political and financial interests to place themselves at the helm of monetary creation, and ignorance on the part of the public, which has very little understanding of finance altogether. And tragically, in the fraud of fiat, the victim subjects ask — indeed they plead — for the machination to be placed down upon them. They do it out of fear of financial calamity.

They do it because their leaders tell them it’s good for them. They do it to feel secure, as a child wrapped in a blanket. Franklin is often cited as condemning “those who would sacrifice liberty for security,” yet having lost its revolutionary spirit, today this group seems to include nearly the entire population.

And indeed, once a large enough portion of people begin asking for the wise others to control and declare for them their system of value, it becomes institutionalized, and subsequent coercion is easily injected to enforce and maintain the system. Those who disobey the proclamation are punished — their property is stolen, their time is stolen, or in severe cases, their lives are stolen. The sword is employed, seeming in these cases so much more powerful than the pen. It is welcomed by the public, born down to implement and enforce the apparatus of fiat.

And with this combination of public support at the fore, and the coercive sword behind, all of mankind has knelt down into the stockade.

Under the fiat system, a portion of the wealth of every man, woman, and child, is taken — stolen — each year. The portion is only a few percent, not so bad as to feel imprisoning, especially as the dirty trick of inflation is to induce price levels to rise, rather than bank account balances to fall, and while the two are mathematically similar, those aware will recognize the latter, yet not one in a hundred really sense the former.

Why does the bread increase in price each year? It is not due to 3 percent annual growth in the greed of the baker. Through the syphoning of this wealth, anointed “public servants” make decisions and allocate resources that do not belong to them, and in the best case, this leads to recklessness (perpetually-increasing government spending) and in the worst case, enables the wanton destruction and darkness of war, paid for — in part — by the trick of fiat inflation.

As Ron Paul commented on the 20th century, “It is no coincidence that the century of total war coincided with the century of central banking.” When accurately interpreted, fiat is a barbed-wire around the neck of civilization, piercing only enough for non-lethal blood letting, and constraining only enough to remind the victim not to run too fast in any other direction. That period in which the wire is severed, in which such delusion abstains — not just for one or several people, but for all of them — will be one of mankind’s brightest historical moments.

The promise of Bitcoin is but for a chance at that moment.

It is toward this end that Satoshi’s humble paper compelled so many of us. The goal, if I may presume the core of Bitcoin’s purpose, is to end the global system of fiat money within which we have trapped ourselves, to end the delusion, and it will do so by simply providing an open and unstoppable alternative to it; by illuminating a path out of the cave.

Bitcoin exists to separate the essence of value from any particular person or group of people. By so doing, the ability to control and manipulate money — that is to say, to control and manipulate the vast sum of people which endlessly chase after it — is substantially reduced. It reduces the power of any such ambitious group, inevitably reducing the
corruption therein.

This was begun by several pages of text a decade ago, and now unfolds with no person leading the charge, yet millions inspired toward its execution. It now happens inevitably, uncontrollably, spontaneously upon the winds of markets, growing in momentum and effect with each passing year. Despite its decentralization, Bitcoin exudes an irresistible financial gravity, pulling into it people, resources, technology and energy itself. As it grows, those at the margins fall into it — first a layer of cryptographers grappling for decades with the struggle for privacy in finance and communication, then engineers, then financiers and marketers and lawyers and writers and entrepreneurs and artists. And yes, as with all booms, it has pulled in its share of scammers and frauds and superficial preachers.

Its reach now extends even beyond humanity, for politicians themselves are increasingly pulled within its grasp… most finding a comfortable home at Ripple.

Regardless of the froth and the noise, the fundamentals of crypto are sound. The technology works: for years now Bitcoin has operated correctly, growing swiftly in the hostile wilds, spawning countless other species, both competitive and collaborative. How does one defeat a Hydra in which there are not only so many heads, but so many independent bodies?

For those of us out here in the frontier with it, I think even we do not comprehend the power and inertia that is unfolding before us. The ability to move value effortlessly across the Earth was overdue. It is a power which should’ve arrived at the dawn of telecommunication, yet was censored while mankind stumbled through its fiat feverdream.

This power of universal transaction is arguably the inevitable extension of the pen that conceived it. All that has unfolded came through the consequential physics of the publication of several pages of text. And how far has it come?

Ten years in and Bitcoin could hardly be more successful — indeed since its genesis it has clearly been the most successful form of money ever invented. It has thrown entire bodies of economic theory out of the window, the old practitioners gripping tenuously from the balcony. Bitcoin grew 10,000-fold without the anointment of any king, nor the blessing of any banker. The Nobel Prize-winning Paul Krugman still so vehemently condemns it. Perhaps that is really the source of its unending power?

Despite every professional condemnation, Bitcoin stands as proof that money can emerge through decentralized market forces, with no institutional prerequisite, no fiat diktat. It must be considered, at minimum, one of the most fascinating human phenomena ever witnessed.

And so, 10 years on, begun as nothing more than the written word, first on paper and then in code, Bitcoin stands as proof of the pen’s omnipotence, and of my early naiveté on the topic of its sharper counterpart. With luck and persistence, or perhaps inevitably, we may here seize upon this phenomenon and emerge — all of us — from one further delusion, from one of the darkest caves through which man has struggled.

Beyond the speculative fervor and the unending cynicism, through the chaos of newness and the elation of success… 10 years on and at least 10 more years to go, we must not forget why we do this.