Despite Drop in Volume, Traders Stick With China’s Bitcoin Exchanges

Despite the fact that major Chinese exchanges have seen their bitcoin volumes take a hit after introducing trading fees, these bourses still stand out as some of the top marketplaces when ranked by volume, according to market data.

The decision to charge these fees built upon their earlier move to eliminate margin trading – two developments which thus far have had a clear impact on the market. The shift came amid scrutiny from Chinese regulators, including the country’s central bank.

Not only has trading volume fallen, but volatility has been subdued, with bitcoin prices trading in a tight range between $885 and $905 on 25th January, CoinDesk Bitcoin Price Index (BPI) figures show.

Following the market’s recent shifts, OKCoin and BTCC emerged as top exchanges for trading activity on 25th January, reporting 15.1k BTC and 12.56 BTC worth of volume during the 24 hours through roughly 21:00 UTC on that session, according to data from Bitcoinity.

Market data for Huobi, another major Chinese exchange, was not available on Bitcoinity at press time. 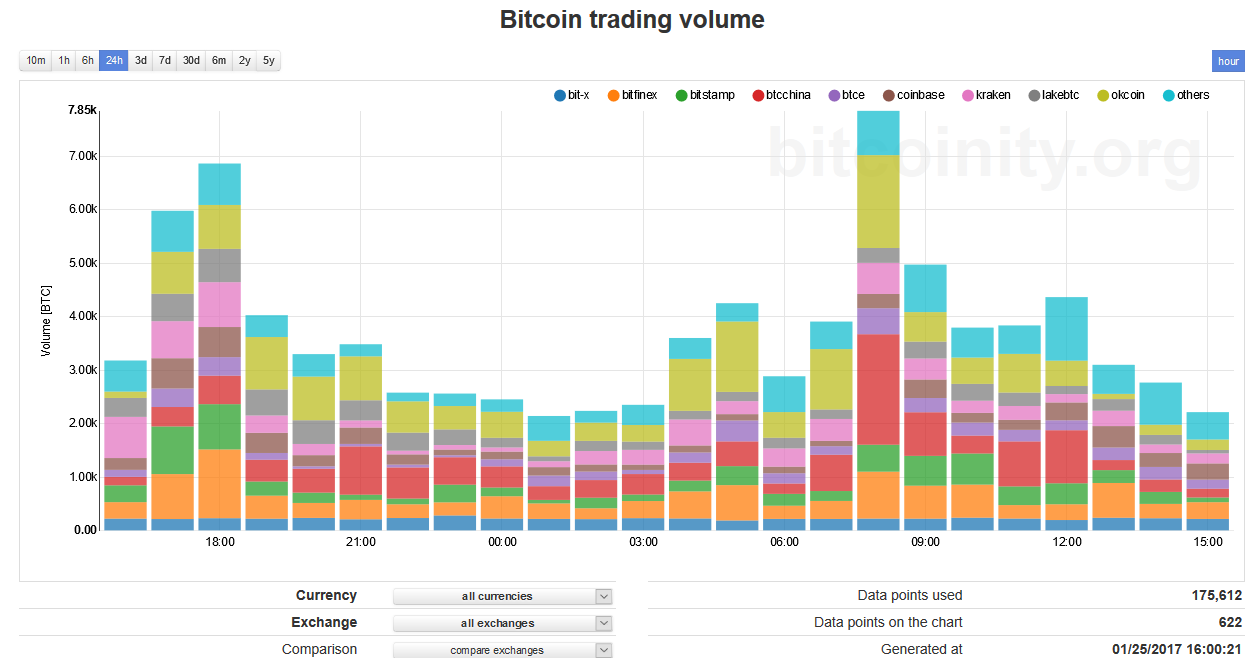 These 24-hour trading volume figures present a strong contrast to market data from the last seven days, during which market participants traded 2.13M BTC through OKCoin and 1.48M BTC through BTCC.

When the figures are averaged out, OKCoin saw daily trading volume of roughly 300k BTC, while BTCC experienced approximately 210k BTC worth of trades. 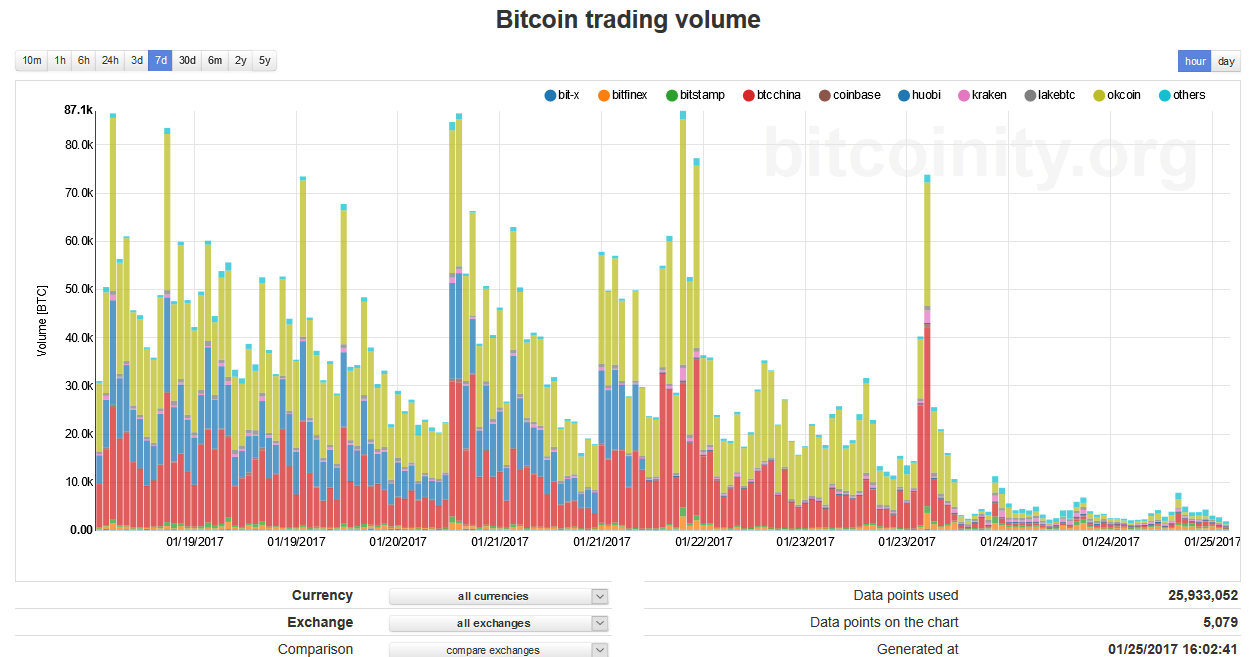 With such drastically lower trading volume and reduced volatility, one can not help but wonder whether the bitcoin markets have entered a new normal.

A perfect example of how much the landscape has changed is the more even distribution of trading volume across exchanges worldwide, as shown by the Bitcoinity data below:

Some traders have already responded to the new situation by changing up their strategies, according Vinny Lingham, CEO of identity startup Civic.

“Trading is now moving away from arbitraging liquidity/price mismatching across exchanges to arbitraging demand/supply.”

Other market participants, by contrast, appear to be still figuring out exactly how to should respond to the latest new from China’s major exchanges, according to Petar Zivkovski, COO for leveraged bitcoin trading platform Whaleclub.

He told CoinDesk that the market is split into two camps, with one seeing the developments as positive, believing that “regulation legitimizes bitcoin”.

The other side maintains the Chinese government intervention could be negative for bitcoin, and the fees could “dampen trading volume and interest in China”, he said.

3 Dead Cats And A Moon: A Guide to Bitcoin’s Price Consolidation