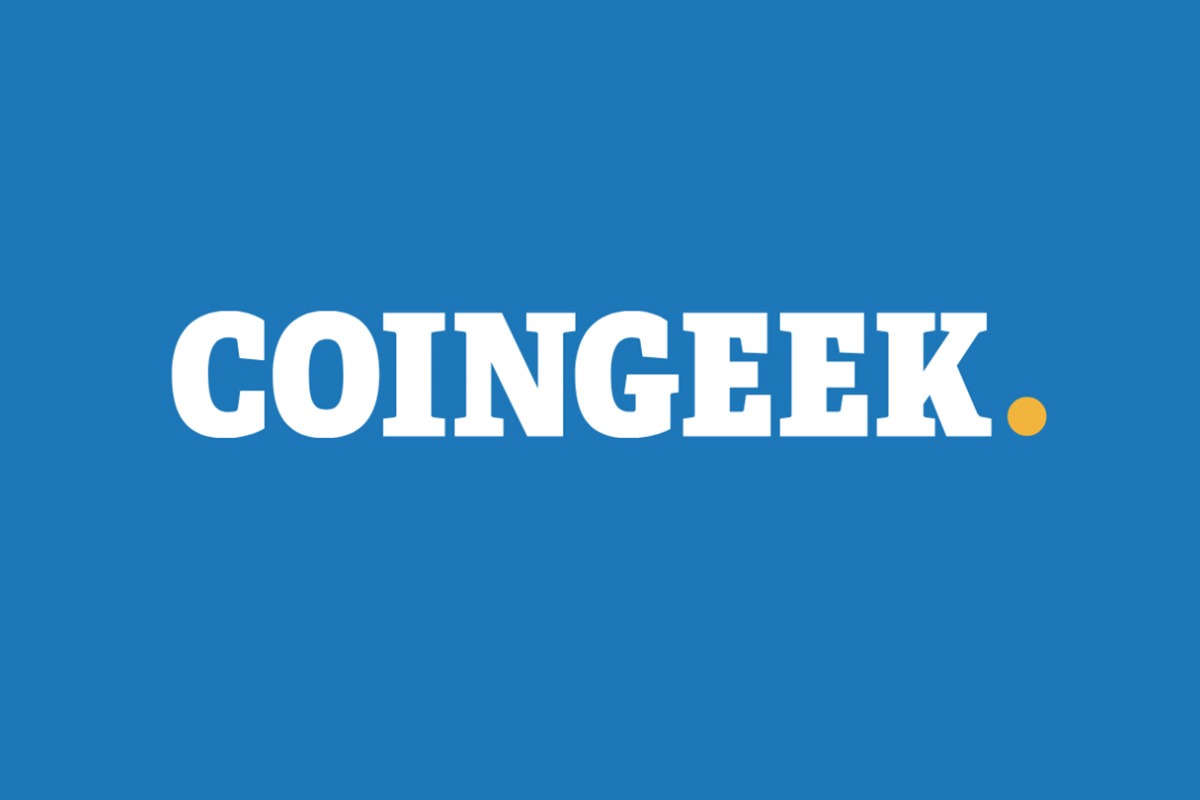 One of the major backers of Bitcoin Satoshi Vision (BSV) appears to want to come to the table and hammer out an understanding between the Bitcoin ABC team.

In a post on his own CoinGeek website, Calvin Ayre – the owner of the large CoinGeek mining pool and a major backer of the Satoshi Vision iteration of The Crypto Formerly Known As Bitcoin Cash (TCFKABC) – appears to have offer a path towards a truce between the sides, that would see them go their separate ways.

Key to Ayre’s proposal, however, is that Bitcoin ABC accept a new ticker symbol – BAB – abandoning the BCH code that identified TCFKABC, and starting from scratch. Bitcoin Satoshi Vision would then continue to use the BSV ticker symbol that it has been given by many exchanges in the wake of the split.

While couched in the kind of rhetoric that has shaped the whole conflict between the two sides, that’s seen the kind of zealotry you may expect from a man claiming to be Satoshi Nakamoto (Dr. Craig Wright) and someone who picked up the nickname ‘Bitcoin Jesus’ for his efforts in promoting cryptocurrency, Ayre’s post amounts to a something of major step back from the brink for the Bitcoin SV team. This is doubly true as they have consistently threatened what would effectively have been a hostile takeover of TCFKABC’s blockchain.

The error in this is the assumption that we want or will sell ABC tokens, no, we just plan on re-orging and re-orging

We do not want to have the longest ABC chain, we will just destroy all of the ABC chain.

We win… ABC are gone.

Watch as long as you like, with as much pain as you choose https://t.co/qgj8rgvuFF

However, having been out-mined, and to a large extent out-witted by technical changes the Bitcoin ABC team made to mitigate any such efforts, Ayre now seems ready to admit that the two currencies are going to have to go their separate ways, and that BSV will have to survive on its merits.

“We have not yet seen Nakamoto Consensus in true action,” he begins his piece, alluding to the so-called Hash War and the idea that miners would decide which of the two protocols would become the new Bitcoin Cash, which he asserts “was ruined by a market manipulation last week during the BCH hash vote.”

As we noted at the time, Bitcoin ABC took to defending its blockchain by renting massive amounts of extra mining power and redirecting the bitcoin.com mining pool away from mining Bitcoin (BTC) and on to mining its own ABC – a step that incurred considerable costs, according to calculations made by BitMEX.

While, prior to the fork, much of the mining interests in the Bitcoin Cash ecosystem – chief among them, Ayre’s own CoinGeek pool, appeared to be siding with the SV project. When the time came they simply couldn’t match what Roger Ver and Bitmain’s Jihan Wu had prepared to meet them on the ‘battlefield’. ABC’s ‘hired guns’, or “Bursts of transient hash,” as Ayre calls them “are not Proof of Work meant to decide Bitcoin rules as envisioned in the original Satoshi white paper and are a form of cheating”, he asserts. However, ABC will likely tell you they were simply defending themselves against the prospect of aggressive tactics that had long been threatened by Craig Wright and Bitcoin SV.

Yet despite his side very much being the aggressor in the run up to the fork – at least in the public eye – Ayre still says that “Bitmain and Bitcoin.com should not be rewarded by the exchanges for cheating, and should not get the BCH infrastructure.”

However, he seems to concede that any chance SV may have had to overrun Bitcoin ABC and control TCFKABC infrastructure itself is now gone.

“It is clear that ABC has forked away from the original Bitcoin design to the extent that there is no real technical way to combine the two technologies (ABC and original Bitcoin) anymore. Many are even suggesting that ABC has implemented so many changes (CTOR, OP_CheckDataSig, and especially their new checkpoints after November 15 hard fork) that they in fact created a new genesis block, and have forked off to something new which is neither Bitcoin nor even BCH anymore.”

Therefore, what Ayre wants is for the two entities to go their separate ways formally, but for exchanges and other interested parties – like wallets and other crypto-processing concerns, such as payments providers – to recognise Bitcoin ABC as a totally new crypto, and strip away the BCH branding in favour of the new BAB ticker that the Bitfinex exchange has awarded Bitcoin ABC.

“We want the ABC faction to work with us to push this through,” Ayres says. “For this, both sides agree not to attack each other’s chain, and let the chains compete as separate offerings in the marketplace. Basically, both sides give up the claim for BCH and start even.”

Ayre may want that, but whether or not he gets it is a completely different matter.

At least on the surface, Bitcoin SV went into this battle with the miners behind it, but little support from the wider Bitcoin Cash community, which largely remained politically unaligned or stood behind ABC.

Also, let it be said, the rhetoric and zeal of Ayre’s SV partner, Dr. Craig Wright – much, but far from all, of which we’ve covered in multiple stories over the last few days – has been so toxic that there would be considerable bridge building to be done before many of the concerns he is seeking to get on-board would consider compromise.

Chief among those is least the ABC team, some of which have been the subject of very personal attacks via social media and email.

Having been so aggressive for so long, and pursued its vision with a pretty unpalatable zeal, seeking compromise now will be difficult for Ayre and Co..

Indeed, even as he offers an olive branch, Ayre’s post cannot resist continuing to take pot-shots at the ABC side and their version of Bitcoin Cash. Through more of the pseudo-fundamentalist rhetoric that we’ve heard of late Ayre does, however, try to walk back some of the many legal threats that have been made in the Bitcoin SV name – especially regarding the use of the bitcoin.com mining pool, which Wright had offered to lead a Class Action suit against, should it dedicate Hash power to mining Bitcoin ABC.

We will help you start a long messy class action.

No #socialists telling you what your systems do pic.twitter.com/EojqC4frft

“CoinGeek and friends will make sure that no one in our camp launches any legal proceedings related to the manipulation of customers’ BTC hash or last week’s DDoS attack on CoinGeek’s website,” which basically amounts to warning Wright that he’s out of the camp, should he try to make good on his threats.

Language aside, this looks like – and is – is a major concession considering what’s been said before. While Dr. Wright appears happy to burn it all down and start again, he would appear to be an ever-more isolated voice.

Whether, after all that’s gone on – and while seemingly in the superior position – Bitcoin ABC is willing to put out a hand and accept it, remains to be seen. Both sides are suffering financially right now, and with crypto markets in something of a free-fall, the economic conditions for miners are only getting worse. This makes a truce more likely, but Ayre may not be in any position to be making demands on the terms of any armistice.

While Bitfinex and Binance have chosen to assign BAB and BCHABC tickers to Bitcoin ABC respectively, there is – almost poetically – far from a consensus among the wider exchange community. Coinbase, for example, seems to be happy that ABC won the right to the BCH ticker.

BitMEX, for its part, has said that it will be settling it Bitcoin Cash futures based on the price of Bitcoin ABC too. Again, we refer you to Dr. Wright, who’s not been doing much to get exchanges on the SV side of late.

Reminder:
Exchanges are NOT the market, they are the Casinos

The market is use, it involves consumption and value. Bitcoin is cash and a commodity ledger. Used for that, it is used by the market.

Speculation is not the market

Those spamming the miners – are more of the market

As the wider community of partners in TCFKABC’s ecosystem – miners aside – chose ABC through all of this, they may now get their chance to reject the Ayre’s ‘compromise’. Having seen TCFKABC ultimately suffer as a brand simply through no longer being BTC in the wake of its fork last August – its repeated assertions that it was the ‘real Bitcoin’, are still widely ridiculed – both sides seemed to covet the BCH ticker prior to the split. It is doubtful that there is any upside to relinquishing it now, and ABC’s backers will know that.