Bitcoin ended October on a weak note, confirming its first three-month losing streak since 2015, but things may be looking up for November.

The leading cryptocurrency closed yesterday at $6,320 – down 4.32 percent from the Oct. 1 opening price of $6,606, according to CoinDesk’s Bitcoin Price Index (BPI). Over August and September, prices had dropped 9.22 percent and 5.8 percent, respectively.

The last time BTC suffered losses for three consecutive months was in the first half of 2015. Back then, BTC was averaging $250 and prices dropped 4 percent, 2.8 percent and 2.7 percent in March, April and May, respectively.

As seen in the chart above, however, October’s 4 percent drop is the lowest in three months. Furthermore, BTC rallied 14 percent in June 2015 after posting losses in the previous three months.

So, it’s possible bitcoin will repeat that pattern and snap its three-month losing streak in November, according to seasonality analysis and technical studies. 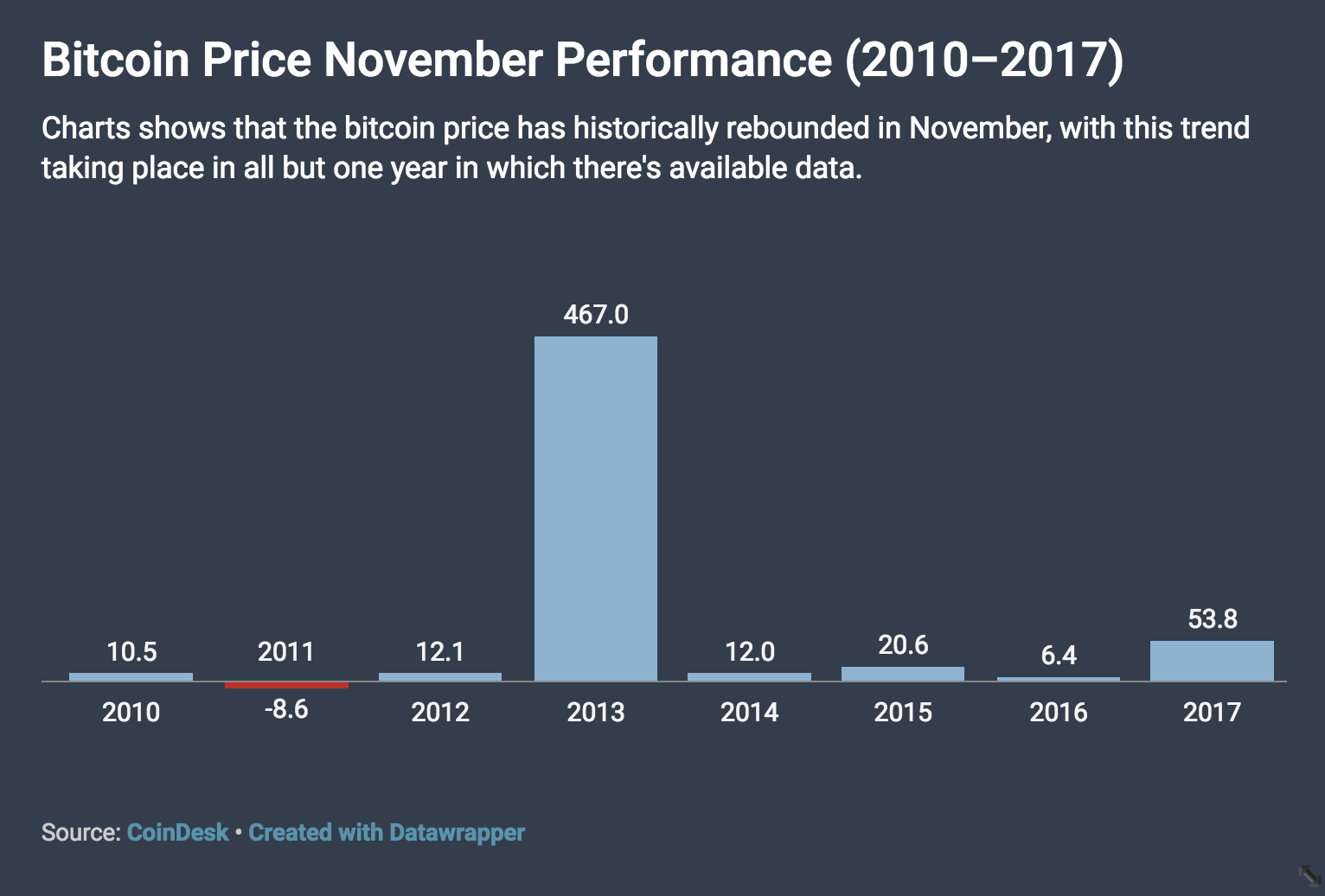 The historical data shows that BTC has always reported gains in November, except in 2011, when it dropped 8.6 percent.

Sellers may have run dry

BTC has defended the 21-month exponential moving average (EMA) for the fifth month running, signaling that a bottom could be in place close to $6,000.

That argument is bolstered if we take into account the fact that the cryptocurrency avoided a bearish monthly close yesterday, despite a negative crossover between the 5- and 10-month EMAs.

The outlook as per the monthly chart remains neutral as long as prices are trapped between the September high of $7,402 and the 21-day EMA of $6,130.

It is worth noting that the longer the narrow trading range persists, the lower price volatility will go. A number of volatility measures have already hit yearly lows in the last two months. Notably, daily price volatility remained below $100 for seven consecutive days last month – the longest at such levels since April 2017.

Disclosure: The author holds no cryptocurrency assets at the time of writing.