Bitcoin, the world’s largest cryptocurrency by market capitalization, has once again hit a fresh 2018 low amid a greater crypto market sell-off.

In the last 24 hours, bitcoin’s market capitalization has dropped by $4.8 billion over a 24-hour period and is down more than $14 billion on the week, indicating traders may now be moving money out of bitcoin and into dollars. 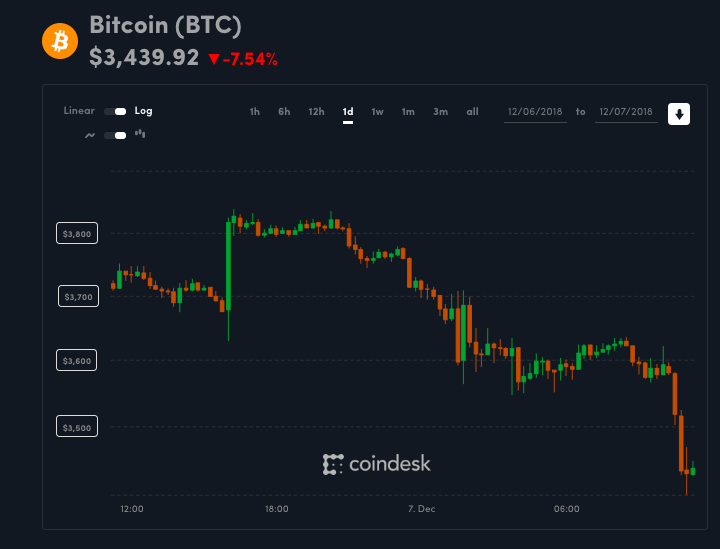 As such, the move marks a continuation of selling activity that traces back to bitcoin’s breach of $6,000 about a month ago, a trend largely mirrored by the wider cryptocurrency market.

According to CoinDesk data, bitcoin has now erased the largest portion of its October, November and December 2017 bull run gains and is effectively down 84.28 percent from its all time highs of $19,781.

Further, bitcoin is now down 64 percent year-over-year, having dropped hard from each successive lower highs.

The cryptocurrency isn’t the only major network feeling the pain as Ethereum’s ether cryptocurrency, Stellar’s XLM token and bitcoin cash each fell between 11-15 percent and show technical signs of not letting up anytime soon.

Total market capitalization of all cryptocurrencies fell sharply as well, wiping away another $11.5 billion to stand at $110.6 billion on the day, a far cry from $813 billion seen on Jan. 8, CoinMarketCap data shows.

Disclosure: The author holds USDT at the time of writing.