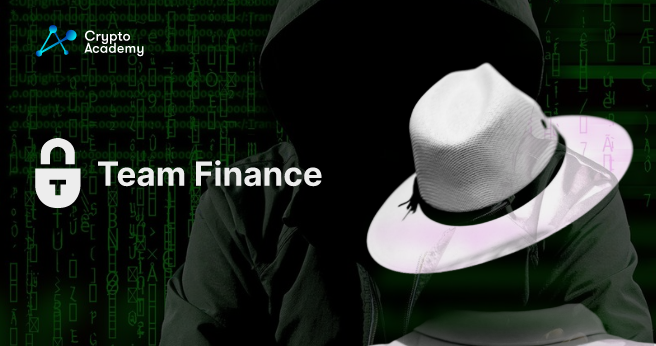 A White Hat Hacker has returned over $7 million of the $14.5 million that was stolen during the Team Finance attack.

Team Finance’s exploit’s creator is donating money to initiatives while keeping 10% as a reward. The hacker made it off with more than $14 million after the incident, which happened in late October. The impacted projects were Tsuka, Kondux, Caw Coin, and FEG.

According to SlowMist, the hacker gave the projects a return of more than $7 million. Ivan Reif, the CTO of TrustSwap, sent a very intriguing message. He stated three days ago that the hacker would receive a job offer in exchange for returning the stolen money.

On occasion, hackers who return the money receive a reward or a job offer. In October, the OlympusDAO hacker returned all the money in a $300 million vulnerability.

However, as hackers usually choose to preserve the enormous sums of money they steal, this doesn’t happen frequently. Typically, the money is sent via a service like Tornado Cash.

The Team Finance protocol was transitioning from Uniswap V2 to V3, and the smart contract’s attack vector was a weakness. The smart contract had undergone an audit, but the flaw was not found. The team stopped all activity on the platform, preventing the theft of more cash.

The stolen tokens’ prices fell as a result of the attack, with CAW, in particular, experiencing a significant dip.