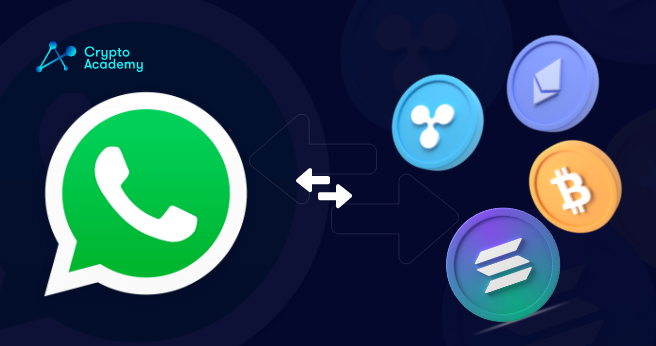 Stephane Kasriel, the Chief Executive Officer of Novi, announced this by posting some screenshots of the application. According to these screenshots, Whatsapp has begun the implementation of cryptocurrencies and now supports the transfer of such currencies directly on their platform. Whatsapp is doing this through an easy-to-use money-sending interface. Similar to other cryptocurrency transferring platforms, you will be able to choose the amount of crypto you want to send to the specific receiver and then confirm it.

As stated before, this feature is still under implementation. This means that not everyone can use it because it is still being under development. At the time of writing, only some United States users can use this feature. Although this is a big change for Whatsapp, the CEO of Novi claims that this wallet feature does not affect the privacy policy of the app.

Some time ago, Facebook rebranded to Meta. This indicated a new era was starting for this corporation – the era of blockchain technology. This corporation has been working on blockchain adoption for its applications for quite some time now. Although it had plans of launching its own cryptocurrency, the corporation aborted those plans because of regulatory concerns.

Bitcoin Network Hash Rate is Nearly Above its All-Time High

The Rumors Are True: CIA Involved In the Cryptocurrency Market

The London Hard Fork Resulted in More Than 1.15 Million Ethereum Being Burned Until Today