What Will Happen To Cardano (ADA) If It Continues To Collapse? 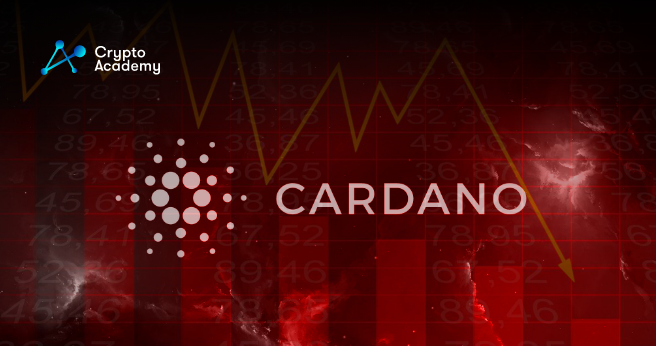 As of press time, Cardano (ADA) had fallen below its support line of $0.50. Major cryptocurrencies, like Bitcoin, have either consolidated or dropped on their charts. Cardano has maintained its bearish thesis over the long term.

ADA indicated a likely price reversal on charts for the smaller time frame. ADA gained 1.7 percent in the last 24 hours and lost a double-digit amount in the previous week. The bulls have receded as purchasing strength remained poor at the time of writing.

At the time of writing, ADA was trading at $0.47. Since April, the currency has formed a falling channel, indicating extreme volatility on the chart. ADA has broken out of the downward channel by falling below the $0.50 price level.

A drop below which might cause ADA to revert to its over-a-year low pricing level. The coin’s volume dropped significantly, indicating that bears were still in command.

On the four-hour chart, Cardano exhibited hints of a price reversal. The altcoin’s price was aiming to break over the 20-SMA line. However, the sellers were still in control of the price trend at the time.

The Relative Strength Index increased, indicating that the price was hopeful on the chart. Buyers were returning to the market, and additional demand might drive the asset above the 20-day moving average.

Increased demand will cause ADA to trade towards the $0.58 level, and the currency may then aim to reach the $0.70 level.

Green histograms indicated that the currency might seek to increase on its charts in the following trading sessions.