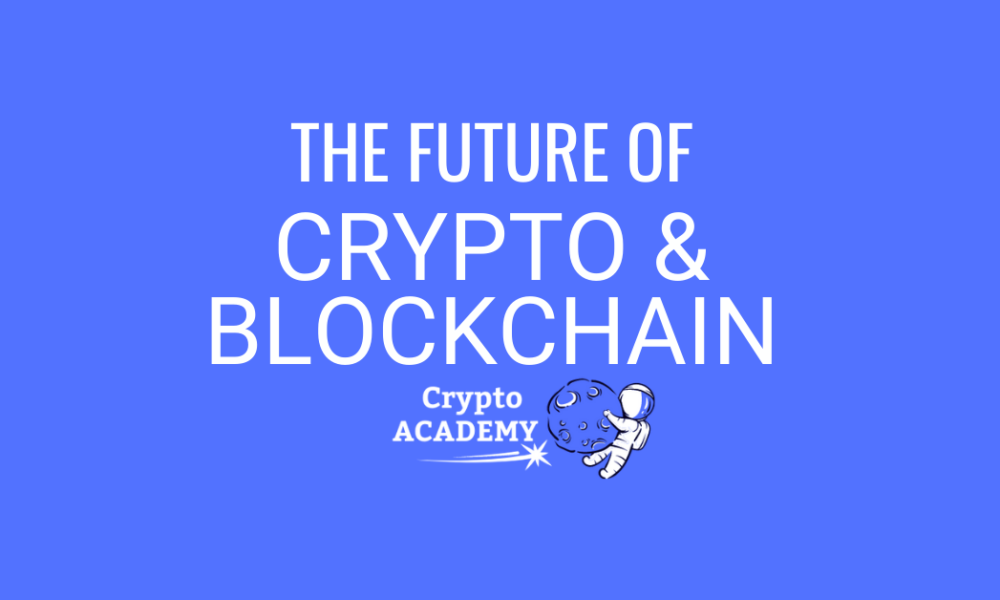 What is the impact of blockchain technology on the corporate world? Which cryptocurrencies have the most potential in the future years?

Before all else, the blockchain’s capability, namely the technology that supports cryptocurrencies like Bitcoin, is captivating. The blockchain, in our opinion, has the potential to become a fundamental cornerstone of the digital world. We are still in the early stages of crypto development, but if the first blockchain-based business models gain traction in the mainstream, entire sectors will be restructured, similar to how the early 2000s saw the emergence of e-commerce.

Simply said, a blockchain is a database in which data is continually recorded and controlled by many members in a decentralized network at the same time. Neither of the members can alter or manipulate the database using encryption methods. This is in stark contrast to traditional systems, which allow an administrator to update data after it has been entered. On a blockchain, this is more difficult.

The assurance that digital information cannot be modified is a significant step forward in our increasingly digitized culture: You can be certain that your saved data or information will remain unmodified, and you won’t have to worry about deletion or alterations by 3rd parties. It’s important to have a focal point, particularly when automating operations.

A blockchain network is also unusual in that all members communicate and build an agreement without the assistance of a platform or some other centralized power. We’re used to putting things together with the aid of central institutions like banks and stock markets, as well as platforms like eBay and Amazon.

The blockchain eliminates the need for such central powers. As a result, we are on the verge of an economy that is considerably less reliant on the national government and middlemen. Musicians, for example, might utilize the blockchain to preserve their musical rights and pay accounts with all parties involved in a fair manner. There would be no need for huge record labels or the existing recording industry, both of which incur tremendous expenses on their part.

What impact will blockchain technology have on the business sector?

People’s conduct has altered as the internet has advanced with time. For instance, fewer and fewer letters were mailed, but more and more emails have been sent. But, even now, 20 years after the Internet’s debut, the letter remains far from obsolete.

Banks and businesses like PayPal will not vanish as a result of the blockchain’s implementation. These services and businesses will just need to adjust to technological innovation in the coming years to avoid becoming obsolete.

According to Michael Saylor, money can be decomposed into a currency component and an asset component and if you observe closely Bitcoin is not competing with the dollar or euro, but actually with gold.

Blockchain technology is still in its infancy. Projects like Ethereum, which provides smart contract functionality, and IOTA, which aims to enable the automation of the system’s communication, are far from ready for regular usage.

The possibility, on the other hand, is huge. Many traditional business structures, particularly in retail, were digitized in the early 2000s. As a consequence, purchasing habits have changed dramatically, and organizations like Amazon have flourished in recent years.

For their part, the blockchain and, over all else, its benefits in terms of security and performance will profoundly alter business strategies. This has ramifications in both the corporate sphere and many other aspects of our community. The blockchain will be the foundation of the digital civilization in two decades and it’s expected that it will be utilized on a daily basis.

The blockchain transformation, on the other hand, begins in the B2B sector. Because of blockchain, the B2B landscape will shift substantially within the next ten years.

There is currently a slew of other breakthroughs and follow-up ventures in addition to Bitcoin. New coins keep appearing as the situation keeps its dynamics. Which digital assets have the highest chance of surviving these changes?

Bitcoin was created as a payment system by Satoshi Nakamoto, but it is now being utilized as a financial asset and a fundamental coin for other cryptocurrencies. It’s been operating well since 2008, but Bitcoin has yet to achieve its full potential. It was created specifically for this purpose. Changes and future advancements are tough and time-consuming since the entire network must agree on them.

Ethereum, on the contrary, stores program codes on the blockchain database, known as smart contracts, rather than currency. Smart contracts are pre-programmed agreements that are constantly carried out based on the slogan “If x happens, do y,” for instance, if the song X is played, send money from Y to the artist. Such contracts are immutable, inexpensive, and simple to employ on the blockchain, and their possibilities are almost endless.

Theft and fraud become considerably more difficult to be carried out as a result, even more so in the digital environment. Another aspect of NEO is its capacity to interconnect to other blockchains. This enables NEO to rapidly extend its ecosystem.

Cryptography has a lot of promise for the Internet of Things.

What would a blockchain-powered society look like in 20 or 30 years?

Individuals will have greater control over their data as a result of decentralization, or they will become more accountable. Smaller and local communities are likewise expected to see a revival as a result. By enabling neighbors to sell and charge each other for electricity, the blockchain might even make regional power trading possible.

With the support of the blockchain, lending inside a neighborhood would be simple as well. Since crypto tokens can explicitly express ownership ties, they will transform our conception of ownership. If these enterprises are token indexed, everyone could become a partner in a corporation, organization, or start-up business.

Obviously, a legal foundation is required for all of this. With the blockchain, other sectors would become easier and less expensive for the regular customer. Cashless payment, for example, is much safer, and blockchain technology can swiftly and transparently determine a person’s or firm’s revenue.

Even elections might be conducted on the blockchain, making them more secure and identifiable. Democracy would be much more honest as a result of this. Cryptos will have a part in everyday society in general, although it will not always be evident. The blockchain will make our lives easier in a number of different ways. So we need to embrace the new emerging system that is transforming the way we think about money!