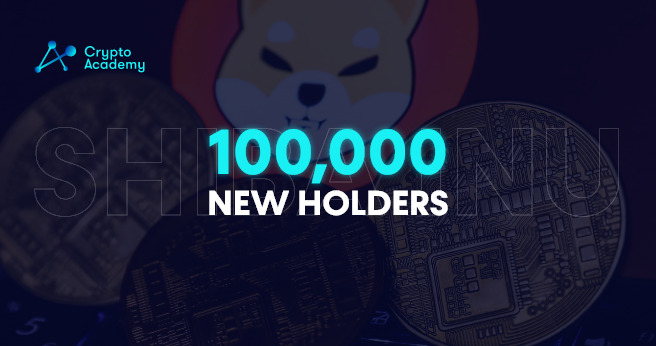 The landmark of reaching the 1 million in the holder count has led Shiba Inu (SHIB) to gain brand new 100k holders. The current number of Shiba Inu (SHIB) holders is 1,100,194. The surge in holders might hint towards a bullish outlook on the cryptocurrency.

Additionally, as the network of Shiba Inu (SHIB) persistently expands, so does the interaction among the ever-expanding user pool. This reason initiated the development of the Shiboshis Social Club, the Shiboshi holders designated interaction space at the end of October. The launched club is an opportunity for all the users to socialize and get access to special benefits. Besides this, Shiboshis is a compilation of 10,000 unique generated Shiba Inu NFTs.

We’ve been hard at work over the holiday period and are pleased to announce our new Shiba Inu Ecosystem Official Communication Portal. This will be the official medium / line of communication for our ecosystem. Woof! #SHIB #SHIBARMY https://t.co/z0MVGAh9yE

This news was confirmed by the lead developer of Shiba Inu (SHIB).