Vladimir Putin Confirms No Crypto Ban, Believes They Can Be Used as Settlement Unit 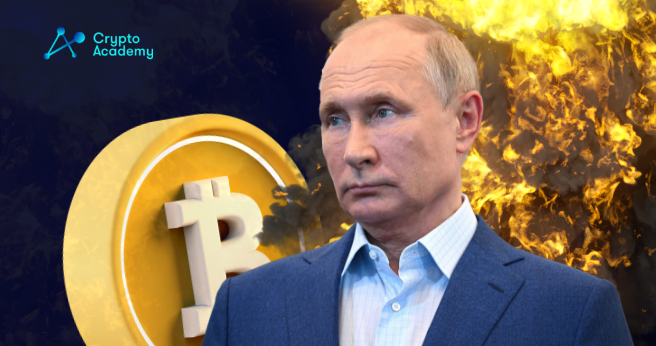 President Putin was part of the Russian Energy Week conference that took place in Moscow. Talking about cryptocurrencies, he expressed his doubts, emphasizing that crypto coins are still in the nascent stages to be of use in energy transactions.

However, the president did not completely deny them, admitting that there exists the possibility of crypto being used as a settlement unit.

CNBC organized a panel for the Russian Energy Week, where apart from the energy industry, cryptocurrencies were discussed as well.

The Russian President was interviewed from CNBC where he had the chance to give his viewpoint on the crypto sector, mainly focusing on the cryptocurrencies used for oil, energy, and other transactions that are material related. He still does not firmly believe in the crypto coins as they are quite volatile and unstable to be used for important cases.

Nevertheless, he was positive about it, stating that ‘everything has a right to exist.’ Cryptocurrencies might be important in the future and we will pay attention to it, adds Putin.

Anyway, SEC is working towards market regulation as they want to make sure that cryptocurrencies are in line with security laws standards.

So far, Russia has been indecisive about crypto. It was first thought that the country would ban it, as reported in 2020, yet new reports show that instead of a ban, regulations are to take place.

On one hand, the state officials announced that Bitcoin will not be accepted as a legal tender, on the other, they keep improving tools that will fight crypto-related criminal activities.

Russia Will Not Ban Crypto

Alexey Moiseev, the Deputy Finance Minister of Russia, confirms that no crypto crackdown will take place and they don’t plan to follow China’s crypto ban.

Cryptocurrencies are famous in Russia therefore this is good news for everyone involved in this industry. Moreover, the central bank of Russia also confirmed a pilot testing for a digital ruble.

China’s latest crackdown happened in September of this year, attracting a lot of attention. While it did hit the market, things are back to normal now. There were even investors who turned this into a joke, saying that the Chinese government banning something is old news.

Other countries are reluctant to join China and instead are working on crypto regulations so they can also make use of the advantages.

India is among the countries with a friendly approach to crypto, as the young people are enthusiastic about crypto investments.

Also Read: DeFi can Gain Some Advantages from the China Crackdown