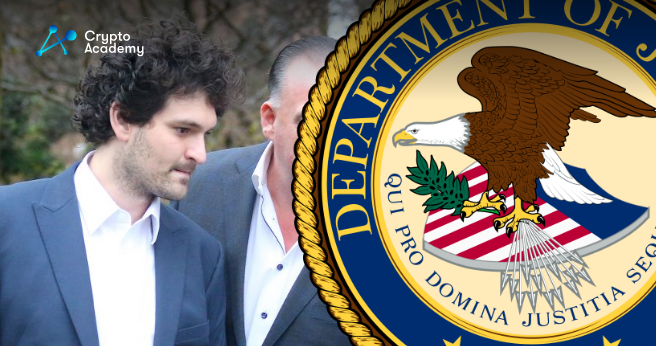 The US Department of Justice (DOJ) is currently investigating the missing funds that vanished after FTX filed for bankruptcy.

In a recent report by Bloomberg, the United States DOJ started the investigation regarding the FTX funds that went “missing” after FTX filed for bankruptcy.

Hours after the FTX bankruptcy filing, someone allegedly stole around 228 thousand ETH from the exchange on what FTX representatives claimed to be a result of a hack. The funds are worth around $372 million, at the time of writing.

FTX did not authorize transferring or accessing those funds. Whoever hacked FTX also stole those funds worth more than $370 million. Days after that, the “hacker” started swapping the funds from ETH to RenBTC. It is worth noting that FTX acquired Ren back in 2021. Many suggest that FTX laundered money via Ren, but this is yet only speculation.

Some stated that the theft was an inside job. Only someone who had the private keys could have orchestrated a theft like that at a time like that when FTX was under huge scrutiny after filing for bankruptcy.

Is SBF Behind the Stolen Funds?

Of course, Sam Bankman-Fried (SBF) himself was the number one suspect. SBF also confirmed that the funds could have been stolen by an FTX former employee or someone who had access to an employee’s smart devices. In an interview, SBF stated that he had “narrowed it down to like eight people.” He did not mention any names, however.

Still, many believe that SBF was responsible for the stolen funds as he was for the misuse of user funds that led to the collapse of FTX.
Last but not least, the perpetrator then sent some of the funds to OKX. OKX representatives replied that they were investigating the issue and whether that is true.

Still, the crypto community is somewhat relieved that the US DOJ is finally probing the vanished funds.

In other news, authorities arrested SBF on various charges. However, he was released on a $250 million bail. SBF claimed he was only worth $100,000 before being arrested. Nonetheless, his parents allegedly put their home as collateral for the bail.