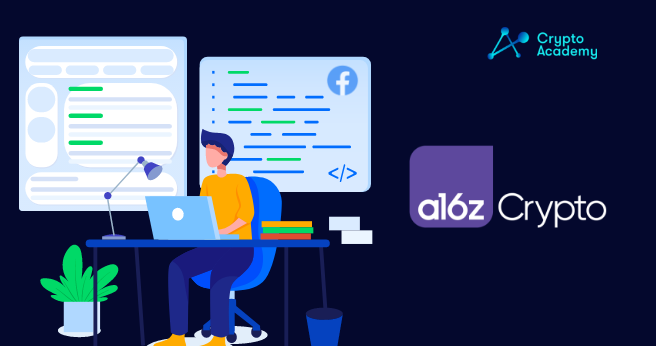 One of the leading capital firms working in the crypto space, Andreessen Horowtiz (A16z), is collaborating with two major Facebook engineers who were assigned to work on the Facebook Wallet crypto project.

CNBC made this public by releasing a report on the 11th of October, in which they claim that Riyaz Faizullabhoy and Nassim Eddequiouaq have left Facebook and joined A16z roughly two years after they began the works on the Facebook Wallet project known as Novi Digital Wallet.

Eddequiouaq and Faizullabhoy will serve as a CIO and CTO at A16z’s cryptocurrency sector respectively. Faizullabhoy claimed that the reason behind this change of positions was the massive dedication shown by Andreessen Horowitz regarding the crypto ecosystem. Additionally, he stated that he and his partner Eddequiouaq wanted to provide technical support to their expanding portfolio.

Similar to the two above-mentioned engineers, Marc Andreessen, the founder of A16z, was once part of Facebook’s board; but later left and launched Andreessen Horowitz.

Anthony Albanese, the Chief Operating Officer of A16z, stated that their two new members will advise them regarding portfolio companies and protocols. To add to this, Albanese states that A16z sought the engineers’ help to make sure they have the most sophisticated systems available.

Facebook’s crypto project has seen numerous resignations during the past few months, meaning that Nassim Eddequiouaq and Riyaz Faizullabhoy are not the first ones to do so.

Unlike other leading crypto venture firms, A16z is mainly successful because of its early investments into crypto platforms such as OpenSea, Coinbase, and Compound. Despite this, they are currently under fire regarding the distribution of its governance voting rights for Uniswap – one of the leading decentralized exchanges.

Because of this, the Harvard Blockchain and Fintech Initiative (BFI) has created a new governance proposal back in May where it recommended the formation of the DeFi Education Fund (DEF) – a decentralized finance lobbying group.

Yet, only after two weeks after the recommendation was passed and everything was set, the DeFi Education Fund made a public announcement that more than $10 million worth of UNI tokens were liquidated. This started a wave of public attacks against the A16z and DEF specifically.

Bitcoin Stands in the Last Resistance Zone, staring at the ATH level of $64,800

Bitcoin Futures Market is in a Healthy Contango,Indicating that the Price of Bitcoin will Rise Further