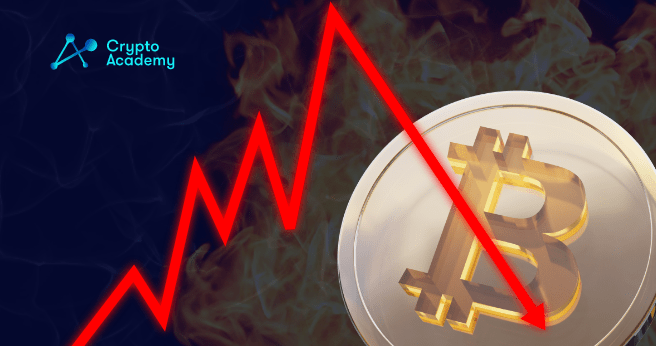 Bitcoin (BTC) retracted to some unforeseen levels that it had already surpassed in October. As Bitcoin (BTC) plummeted in value, it drove the entire cryptocurrency market into crimson waters.

Friday morning, Bitcoin (BTC) incurred a new low for November plunging to $56,550. A price this low has not been seen since the 13th of October after which Bitcoin (BTC) was in full gear to reach new highs. While during the week Bitcoin (BTC) had dropped by 10%, in the last 24 hours alone it took another dive of 4%. The market cap of the biggest cryptocurrency dropped from $1.3 trillion to $1.08 trillion as a result.

While multiple analysts have attempted to explain the sudden price drop of  Bitcoin (BTC), the majority have come to the conclusion that derivatives are the perpetrator. It seems that a number of investors have been shorting  Bitcoin (BTC) via the perpetual futures market orders, per CryptoQuant rep Ki-Young Ju.

Rekt Capital took to Twitter to say that “strong market-wide selling is going on. Undoubtedly, seller exhaustion lies ahead. Watch for high sell-side volume bars in the short term. These tend to signal to bottom out after constant selling and precedes either a strong bounce or an entire trend reversal.”

Another camp is a firm believer that Hilary Clinton may have had something to do with the recent Bitcoin (BTC) dip. The former US Secretary of State warned that cryptocurrency may lead to government disintegration. Speaking for Bloomberg, the Former First Lady of the United States said that cryptocurrencies may very well cause the destabilization of governments by “undermining the significance of dollars as reserve currencies.”

The Mt Gox Rehabilitation Plan ensuring the distribution of more than 100,000 Bitcoin (BTC) to creditors was just confirmed, and it is among the standing theories affecting the price of Bitcoin (BTC). Some dismiss the theory because the disbursement will not be done effective immediately,  but some analysts still expect a mass sell-off.