The Leading Italian Bank Reverses its Stance on The Cryptocurrency Ban 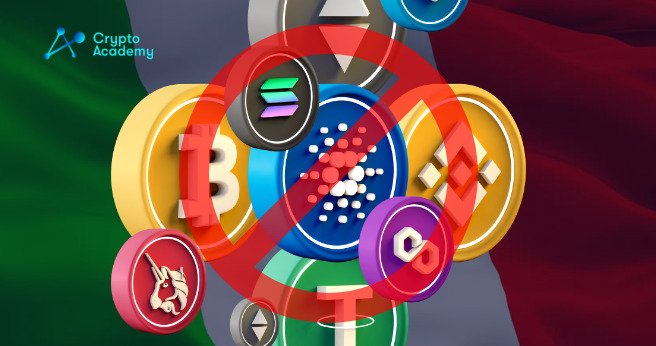 One of the biggest banks in Italy, UniCredit, has rejected the accuse made by its clients regarding cryptocurrencies.

The greatest bank in Italy, UniCredit has made a public announcement regarding a misunderstanding. In particular, UniCredit holds a total assets value worth 811.1 billion euros, and it rejects banning its clientele from trading cryptocurrencies.

In addition to this, this banking group clarified for the audience that in alignment with their current policy, the bank does not invest in digital assets in place of its customers.

To explain in detail, the misunderstanding happened between Italian crypto Twitter users and UniCredit. The Italian crypto Twitter community claims that a client was a victim of threats by the bank for the reason of transferring his assets to crypto exchanges. Henceforth, the community revealed that the largest bank in Milano had put restrictions on its clients from trading cryptocurrencies.

As per Twitterati, UniCredit was purportedly attempting to lose buyers deliberately, taking steps to end their records. However, numerous crypto allies said that the bank would not be left in the residue by opposing new innovations as Nokia, Kodak, and Blockbuster had done previously.

In relation to this argument, many clients expect that the bank is attempting to conceal hints of failure by backtracking on its digital money boycott.

The Lack of Regulations In The Cryptocurrency Industry

The crypto industry has achieved major improvements over time. Despite this fact, the issue of uncertainty from traditional banks towards cryptocurrency trading still remains unsolved. A similar case supporting this statement is the British bank, TSB. This bank prohibits its clients from trading cryptocurrencies with the pretext that they are keeping their users away from potential fraud.

Nonetheless, there are some other banks that allow their customers to trade cryptocurrencies. Such a case, is the famous private bank of Italy, Banca Generali.

Andre Iguodala to Receive Part of Annual Salary in BTC

Bitcoin is Still on Track of Hitting $100K in the Long Term, OKCoin CEO says