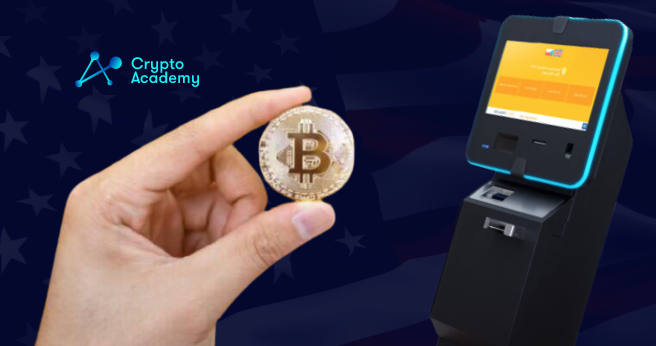 Williston, a little city with a population of just over 27,000 people, is making waves in the $2.5 trillion crypto industry.

The city has revealed the installation of the first government-sanctioned cryptocurrency ATM at its airport via a collaboration with the crypto service provider Coin Cloud.

In the United States and Brazil, Coin Cloud has installed over 4000 Digital Currency Machines (DCM). Users can use non-custodial digital wallet services to handle their virtual assets. Users can also use cash to purchase and sell Bitcoin (BTC), Ethereum (ETH), and more than 40 other cryptocurrencies.

Anyone with a digital wallet can conduct cryptocurrency transactions via the installed DCM. Williston signed a partnership with Bitpay earlier this year, making it possible for citizens to use cryptocurrencies for paying utility bills.

This is a means to make cryptocurrencies mainstream to the public, according to Hercules Cummings, the City of Williston’s Finance Director. It also contributes significantly to the development of Williston’s digital and decentralized environment. He went on to say that the city is putting together a sustainable road map for the general population to accept cryptocurrencies. It does so through taking cryptocurrency payments from citizens, as well as a DCM sanctioned by the municipality.

Cummings reinforced his stance by adding that “although we are a smaller rural community, we are making an impact. Taking this small step may pave the way for other government and commercial entities to follow suit.”

People who do not otherwise have access to traditional financial services would benefit most from the airport crypto ATM because they can exchange more than 40 cryptocurrencies, and travelers apart from locals have that option as well. The DCM also enables people to withdraw cash from their digital wallets.

Instead of the city managing transactions, Coin Cloud has assumed the responsibility. Cummings said that “the main objective behind this DCM is to bridge public curiosity to acceptance and portfolio adoption of a growing asset class.” As Cummings went on to emphasize the benefits of having such an ATM, he said that the transactions will not be tied to a bank and there will be no discernible charges for said transactions.

Chris McAlary, CEO of Coin Cloud, conveyed his delight at the opportunity to enter the tourism industry, hailing the installment as a historic decision on the way to mainstreaming cryptocurrencies.

Also read: As Lira Plummeted, Could BTC be Turkey’s Symbol of Light?