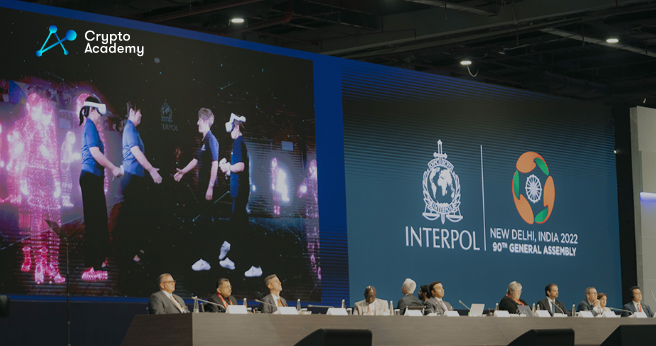 The fully functional metaverse, which was previously planned for operations like interactive training sessions for forensic investigations, has been officially launched by the Interpol – International Criminal Police Organization.

The INTERPOL Metaverse, which was presented at the 90th Interpol General Assembly in New Delhi, is the first Metaverse especially developed for law enforcement globally.

Based on the statement, the platform would also enable law enforcement agencies all across the world to communicate with one another via avatars.

Virtual reality and augmented reality headgear are expected to play a significant part in virtual experiences, and possibly even supplant certain real-world activities, in the metaverse, a long-term outlook of an immersive Internet.

The Secretary General of Interpol made a statement conveying the following: “For many, the Metaverse seems to herald an abstract future, but the issues it raises are those that have always motivated INTERPOL – supporting our member countries to fight crime and making the world, virtual or not, safer for those who inhabit it.”

Enterprises have noted that anything that is illegal in the real world would not always be such in the virtual one as one of their difficulties. We can collaborate with stakeholders to create the required governance structures and stop potential illegal markets from developing by detecting these vulnerabilities at the onset, commented the Technology and Innovation Executive Direction of Interpol, Madan Oberoi, emphasizing that “only by having these conversations now can we build an effective response.”

Interpol specialists conducted a training session on travel certificate verification and passenger vetting using the abilities of the recently introduced platform in a practical demonstration at the convention.

After that, students were transferred to an airport in order to use their recently learned abilities at a fake border crossing.

A specialist team has also been established by Interpol to guarantee that new VR technologies are safe by default.

The company stated that it has officially entered the World Economic Forum effort “Defining and Building the Metaverse,” which focuses on metaverse regulation and includes companies such as Meta, Mastercard, and Microsoft, together with several well-known Web3 businesses such as Decentralan and Animoca Brands.