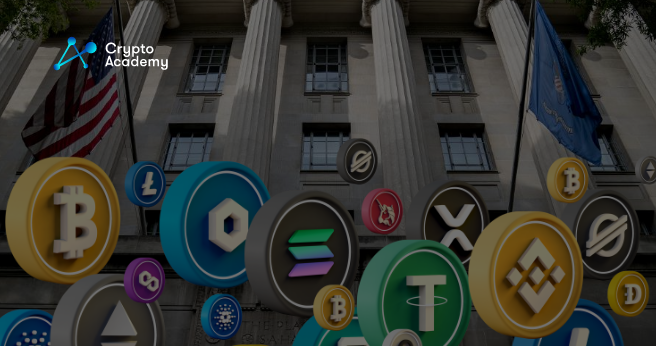 The US Department of Justice declared that “Capuci operated a fraudulent investment scheme and did not use investors’ funds to mine new cryptocurrency, as promised, but instead diverted the funds to cryptocurrency wallets under his control.”

The US Department of Justice has indicted Luiz Capuci Jr. the CEO and co-founder of Mining Capital Coin (MCC) under the suspicion of “orchestrating a $62 million global investment fraud scheme.” Mining Coin Capital is a cryptocurrency mining and investing platform.

Capuci together with co-conspirators who were not named at this time is accused of deceiving investors about the potential to profit via Capital Coin, the native token supported by the biggest mining operation of cryptocurrencies worldwide, and the profit potential of the mining packages of MCC, as per the indictment of the Department of Justice.

Capuci allegedly promised “substantial profits and guaranteed returns by using investors’ money to mine new cryptocurrency” where the crypto mining packages are concerned, but allegedly did not deliver on that promise:

“As alleged in the indictment, however, Capuci operated a fraudulent investment scheme and did not use investors’ funds to mine new cryptocurrency, as promised, but instead diverted the funds to cryptocurrency wallets under his control.”

Capuci is also accused of peddling dodgy MCC trading bots that could execute “thousands of trades per second” and enrich investors with daily returns.

The indictment of the Department of Justice further elaborates that “as he did with the Mining Packages, however, Capuci allegedly operated an investment fraud scheme with the Trading Bots and was not, as he promised, using MCC Trading Bots to generate income for investors, but instead was diverting the funds to himself and co-conspirators.”

Moreover, Capuci allegedly used a sophisticated marketing scheme to hire promoters and affiliates for MCC, where promises were not lacking as Capuci is claimed to have touted a range of benefits and rewards, from “Apple watches and iPads to luxury vehicles such as a Lamborghini, Porsche,” and even his Ferrari (an incredibly luxurious vehicle) in exchange for enticing investors into the MCC ecosystem.

“Capuci further concealed the location and control of the fraud proceeds obtained from investors by laundering the funds internationally through various foreign-based cryptocurrency exchanges,” said the DOJ.

The indictment of the DOJ unfolded merely hours after the fraud charges against MCC, co-founder Emerson Pires, Luiz Capuci, and two other business entities controlled by Capuci in CPTLCoin Corp. (CPTLCoin) and Bitchain Exchanges (Bitchain) were brought on by the Securities and Exchange Commission of the United States.

“MCC, Capuci, and Pires sold mining packages to 65,535 investors worldwide and promised daily returns of 1 percent, paid weekly” in a year, as per the complaint of the Securities and Exchange Commission (SEC).

The SEC claims that users were guaranteed Bitcoin (BTC) returns at first, but that this was later converted to MCC’s Capital Coin (CPTL), which could exclusively be claimed on Bitchain, a “a fake crypto asset trading platform Capuci created and managed.”

Users were only given the option of purchasing an additional mining package or forfeiting their funds when they had to make withdrawals.

Pires and Capuci “netted at least $8.1 million from the sale of the mining packages and $3.2 million in initiation fees,” says the SEC.

Additionally, the chief of the SEC enforcement division’s Crypto Assets and Cyber Unit, A. Kristina Littman said that “as the complaint alleges, Capuci and Pires took every opportunity to extract more money from unsuspecting investors on false promises of outlandish returns and used investor funds raised from this fraudulent scheme to fund a lavish lifestyle, including purchasing Lamborghinis, yachts, and real estate.”

In April, the District Court for the Southern District of Florida granted a temporary restraining order (TRO) and an injunction freezing the offenders’ assets, according to the SEC.