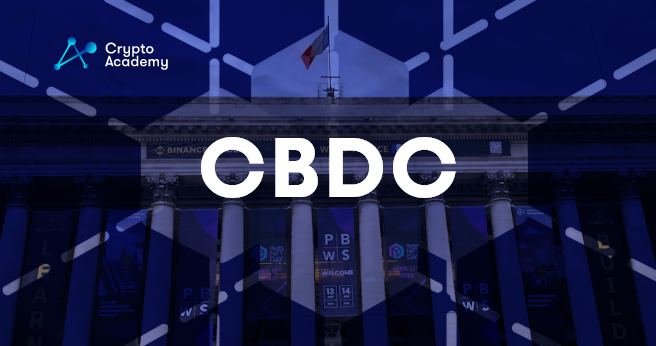 According to Karen Ottoni, CEO of HyperLedger, the supply chain can benefit from blockchain technology as well as climate change mitigation.

During an interview at Paris Blochcain Week, Ottoni said that cryptocurrency is just one use case for blockchain. In addition to supply chain and trade, finance and capital markets, tokenizing green bonds, and tokenizing real estate, the number of blockchain-related concepts is ever-expanding.

The primary goal of HyperLedger is to identify and support enterprise-level blockchain software developments. Ottoni is particularly excited about HyperLedger’s impact on climate change and climate action. Besides, the company operates in any other industry.

In addition, she noted an important question to answer. Ottoni raised attention to whether or not the minerals used in our cell phones, the tungsten used in our computers, or cars come from a sustainable source.

There is a new way of thinking about Bitcoin (BTC) mining. One may see it as a way to incentivize the construction of renewable energy facilities. Meanwhile, blockchain technology could be an excellent instrument against climate change.

Nonetheless, one of the most often asked questions is, “Do you need a blockchain for that?” In response to that, Ottoni points to the Rwandan tungsten mining operation as an example of how blockchain technology is superior to a database in terms of efficiency.

The Good Impact of Blockchain and CBDC

According to Ottoni, both good and evil actors will gain from the increased visibility of shared data and transactions. However, there are still certain drawbacks. Ottoni admits that poor data in is terrible data out. As a result of this, HyperLedger is interested in major corporations such as IBM.

Furthermore, most banks are now looking into using CBDCs. Ottoni calls them the evolution of digital assets. She explains further, saying CBDCs are going to be a part of the solution. Since there is a value proposition in cryptocurrencies, stablecoins, and central banks will continue to exist.

Moreover, she says that CBDCs are a good fit when following a natural disaster like a storm. The reason is that they allow for swift distribution of monies.

In light of possible issues, for Ottoni, the most serious issue in the future of blockchain is “interoperability”. Worth noting is that this problem is not necessarily between blockchains, but rather between teams of thinkers, developers, and researchers. However, Ottoni emphasizes testing, proving, and showing that these tools operate.

A New Era of Mass Adoption. Shopify to Bring Bitcoin to a Quarter of Global Population

Bitcoin’s Movement Shows the Redline Between Net Buyers and Sellers is the $40.9K Zone