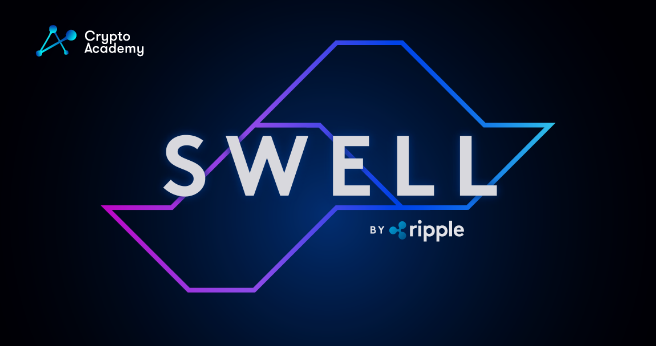 The Money20/20 USA conference, which kicked off on October 23 and will go on until Thursday, October 26, is being attended by Ripple. On Tuesday, the vice president of Ripple’s central bank digital currency (CBDC) division, James Wallis, gave a presentation at a panel discussion titled “Money Reimagined in the Age of CBDCs.”

The fintech company is marketing its brand by displaying ads in prime locations throughout the two financial districts of San Francisco. The company Ripple, which uses blockchain technology to help governments, businesses, and developers transmit, administer, and tokenize assets, celebrated its 10th anniversary on the 20th of October.

The two main products of Ripple Labs, a crypto company founded in 2013, are the Ripple payment service and the XRP coin. As of October 2021, XRP was the 7th biggest cryptocurrency by market capitalization.

Having traded cryptocurrency products effectively, in 2017 Ripple made the decision to launch the Swell conference. The main idea is to host an engaging conference where many influential figures from the cryptocurrency and blockchain sectors could assemble.

Furthermore, the conference was invited by all of its customers so that it could gather leading blockchain and financial professionals for an interesting discussion on the way people use funds.

At the yearly Swell conference 2 years ago, Ripple revealed a $10 million commitment to Mercy Corps to boost the use of virtual assets in its campaigns to advance financial inclusion in developing countries.

In the announcement, Mercy Corps worked with Ripple and its non-profit organization, RippleWorks, to develop alternatives incorporating virtual assets and cryptocurrencies. During his speech at the symposium, the Mercy Corps Ventures senior managing director, Scott Onder, underlined the significance of ensuring that underprivileged groups do not fall behind in the financial transformation.

According to him, the conventional financial system is divided, antiquated, and exclusionary, denying financial services to 1.7 billion people and preferentially excludes women, which has been a rising concern. Specifically, Onder said that “emerging fintech, crypto, and blockchain technologies have the potential to fundamentally revolutionize it, but if their requirements are not taken into consideration when these new technologies are built and deployed, there are huge hazards for the world’s most vulnerable people.”

Afterward, this action significantly aided Ripple’s ascent. Ripple made the decision to hold this two-day event in 2021. They were not really bothered by the ongoing news coverage that obscured Ripple’s vision. The event was an opportunity to honor the network’s fortitude in the midst of chaos. Ripple has demonstrated remarkable tenacity in the crypto sector, and the 2022 summit has sparked excitement about potential innovations.

The annual cornerstone event brings together the most important figures in cryptocurrencies, payments, financial institutions, blockchain, and economic policy.