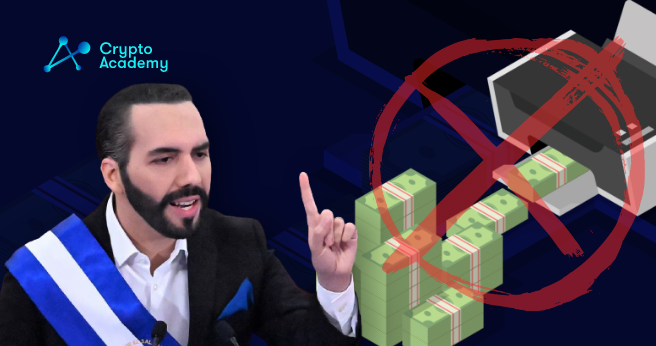 El Salvador’s President, a huge crypto advocate, responded to a report on the Federal Reserve’s approach to the country’s deteriorating economic and financial situation.

The World Health Organization’s (WHO) discovery of a new highly infectious Covid-19 strain dubbed Omicron over the past week has sparked a new round of economic distress.

Bloomberg reported on the Federal Reserve chair’s remarks in front of the Senate Banking Committee on November 30. It went on to say that both Democrats and Republicans were concerned about rising prices and inflation. The term “transitory” was dropped by the Chair of the Central Bank to define excessive inflation, which is still a problem in the United States.


Powell went on to say that the Federal Reserve should begin to wind down its bond-buying program sooner than the deadline which is set for the middle of 2022.

Powell mentioned tapering in reference to a progressive reduction in securities and bond purchases. The central bank has been printing money to buy bonds in order to lower interest rates, at the time being at 25%. Even though interest rate reduction leads to more borrowing, revitalizing spending along with the economy, with printing more money comes more inflation, where incrementally the value of a currency is abraded.

Because of the loss of currency value, President Bukele saw it fit to comment on the situation on Wednesday.

Really. It’s a no brainer. https://t.co/reVH1irzOt

November brought about some drastic changes, where the five-year break-even inflation increased to a new high not seen in more than 20 years – more than 3%, as reported by the Federal Reserve Bank of St. Louis Economic Research (FRED). Consequently, the Core CPI or consumer price index for urban consumers has also reached a new high. This index calculates the average cost of goods deducting energy and food.

These numbers contradict the transitory process as the Federal Reserve has supported. The new and highly contagious strain of Covid-19 could potentially send the US economic distress into overdrive should the situation retaliate and the need for lockdown is yet again emerged.

As a hedge against greenback and inflation, cryptocurrencies and Bitcoin (BTC) in particular have an ever-increasing store value. El Salvador President Nayib Bukele took advantage of the cryptocurrency market dive and bought the dip, acquiring 100 more BTC to the treasury of the country last week.

Despite a few protests, the Bitcoin (BTC) escapade has been a huge success for El Salvador. In economic terms, a tracking feed that analyzes the worth of the $30 Bitcoin (BTC) airdrop Bukele handed people in September to stimulate adoption is indicating a current profit of about 15%.