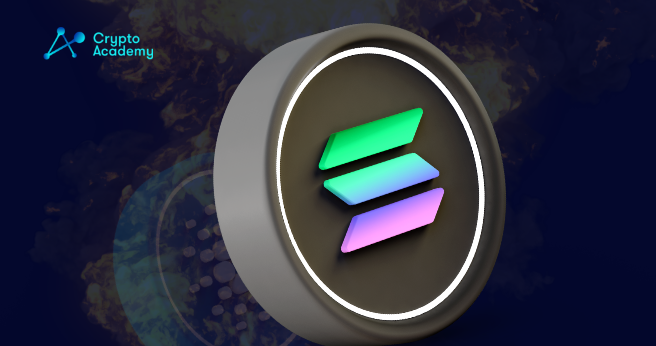 Solana’s price surged to a new high, and SOL broke into the main five cryptocurrencies by market capitalization for the first time.

Solana’s battle for a top-five cryptocurrency slot followed SOL’s recovery in the fourth and final quarters of 2021. The native token of the Solana blockchain, for example, has increased by almost 65% since October 1. The returns on ADA, on the other side, were only 2.13% during the same time period.

The main reason behind ADA’s poor performance was the “sell-the-news” mentality. The Cardano token started dropping shortly after it handed out its much-anticipated smart contracts capabilities via the so-called Alonzo update on Sept. 13th, as Cointelegraph reported.

ADA’s greatest year-to-date returns were about 1,630 percent in the days coming up to the hard fork. They were approximately 1,050 percent at press time. To compare, SOL’s YTD returns were almost 12,700 percent at the time of writing.

The expanding number of NFT projects on Solana, according to Pentoshi, the independent market analyst, is one of the key causes for the token’s price surge. He further recalled a tweet from summer that correctly forecasted a bull run for the token.

$Sol has passed $Ada and taken the #3 spot

Balance has been restored in the world

Mayson Nystrom, a Messari researcher, also noticed the impressive growth of NFTs in the Solana sector, stating that the blockchain had processed $500 million in total NFT secondary sales volumes since April 2021.

The researcher states that we have still to see what the future holds for Solana, but things are looking pretty optimistic.

SOL’s most recent run-up to its all-time high was also a breakout from its Bullish Pennant structure.

After a strong run higher, the price consolidates inside a Triangle-like structure, termed Flagpole, forming Bullish Pennants. Before setting their profit target at a length equal to the Flagpole’s height, traders usually wait for the price to break above the Triangle’s upper trendline.

The flagpole height in Solana is approximately $175. Resulting from its breakout from the Triangle’s resistance trendline ($158), SOL has gained another $175, putting its profit target at $275.

Long Term Bitcoin Holders Emerge as the Biggest Beneficiaries with a Cost Basis of $17,750

Bitcoin Might Explode Soon as Bollinger Bands Continue to Shrink