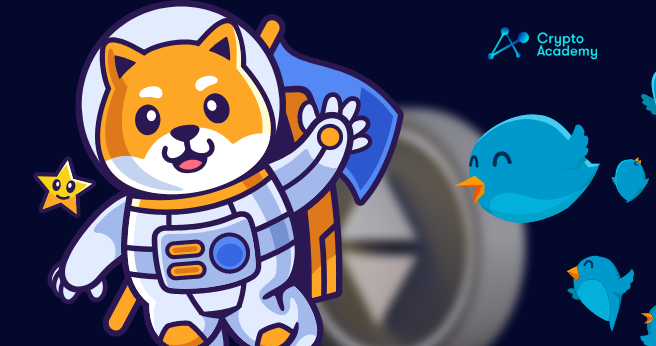 The dog-themed coins are back on the game as SHIB is currently the second most popular cryptocurrency on Twitter, even surpassing Ethereum. Does this mean that its value is going up or is everything simply hype?

During this time, SHIB was the topic of many discussions and there are a variety of opinions regarding it. On one side we have the crypto traders that believe SHIB is still bullish and plan to hold on to it, whereas there are also leverage traders trying to maximize the profit from the possible Shiba Inu corrections that might occur.

Between the 10 leading names in cryptocurrencies, Twitter users have mentioned SHIB 164 times during the last hour, as reported by CoinTrendz.com on Twitter. Only Bitcoin has been mentioned more, with a total of 239 times.

Ethereum was the second most talked-about cryptocurrency on Twitter, with a total of 151 times mentioned. This answers the question of whether or not the SHIB cryptocurrency crashed, according to a Deseret article.

A Benzinga report that SHIB had really crashed by 30% within a 1-day period on October 8 of this year, is referenced in this article. Massive gains during the week together with risen fame on social media were not sufficient to prevent this SHIB crash that followed.

After the massive gain that SHIB witnessed, some sort of crash was right around the corner, as reported by the article. Something else that would post a good question is why cryptocurrency experienced this sudden rise.

Cardano, apart from DOGE, is yet another name that has attracted a lot of interest, even considered as an “Ethereum killer”, however that is still to be seen.

According to Bloomberg, SHIB experienced a great bullish gain of 70%, surpassing even Litecoin and Avalanche’s AVAX, to become the 14th leading name among cryptocurrencies. This success can also be attributed to the anonymous whale that bought huge amounts of SHIB, as reported by Yahoo Finance.

Whales typically invest in a digital asset that would in return grow the value of the item as well as its rarity. The last spike that SHIB witnessed was in the spring of this year, and since then it has risen in value once again. There has been a lot of talk on this coin, some even referring to it as the next DOGE. In this battle of the meme coins, can SHIB really take the place of DOGE?

So, how did this jump happen? Once more, Elon Musk comes into the picture as he tweeted a dog picture. Floki, the name of the dog, was a Shiba Inu breed and the picture had a #SHIB hashtag that immediately got trending. This resulted in a big hype regarding the respected crypto coin.

Apart from this Elon Musk influence, another reason for the jump was the addition of this cryptocurrency to Coinbase’s app. This way even more people can invest in the SHIB cryptocurrency.

Bitcoin Stands in the Last Resistance Zone, staring at the ATH level of $64,800