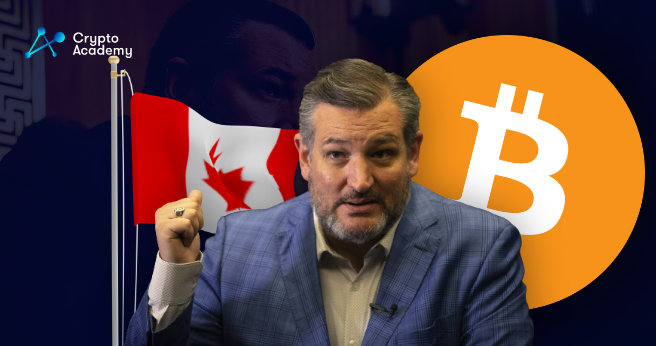 Cruz has entered a rising number of lawmakers in the United States who have advocated for Bitcoin (BTC) acceptance.

Ted Cruz believes Bitcoin (BTC) has a bright future since it is completely decentralized and cannot be managed by any government or entity, according to him. He went on to mention a persisting situation in Canada, in which the government enacted emergency regulations in response to the Freedom Convoy truckers’ protest opposing restrictions regarding the immunization against COVID-19.

One of the reasons I’m bullish on #Bitcoin is because it’s decentralized.

The Left hates Bitcoin because they can’t control it. #CPAC2022 pic.twitter.com/D4PYNacNBZ

The answer of the Bitcoin (BTC) wallet service provider requesting that the Canadian government get better informed on private keys and self-custody wallets was read by Senator Cruz. The response also indicated that, by default, they cannot access any of their users’ financial information other than their email.

Nunchuck’s reaction was dubbed amazing by the Republican senator, who went on to say that governments cannot regulate Bitcoin (BTC), mentioning the Chinese crypto ban as an instance.

Senator Ted Cruz, who has campaigned for the exploitation of waste natural gas for Mining Bitcoin (BTC) in Texas and ended up buying the dip, has entered a rising list of American politicians who are campaigning for Bitcoin (BTC). Nevertheless, his claim that the left is anti-Bitcoin, citing Justin Trudeau as an example, did not go over well with members of the crypto community on Twitter, the giant social media platform. Bitcoin (BTC) is nonpolitical, according to one user, and trying to politicize it as Left against Right is a mistake.

Politicizing it as left vs right is the wrong angle Senator. Bitcoin is apolitical.

He’s a politician using his understanding of #bitcoin to his advantage.

The only winning move for his political opponents are to be more pro-bitcoin.

While some politicians, including Miami Mayor Francis Suarez, Wyoming Senator Cynthia Lumis, are working to amend the legislation to facilitate Bitcoin (BTC) acceptance, the rest appear to leverage it for their campaigns for office.

Bitcoin Eyes Forming a Weekly Higher Low, What Does This Mean?