SEC to Take the Lead in Regulating Stablecoins, Permission Granted by the US Treasury 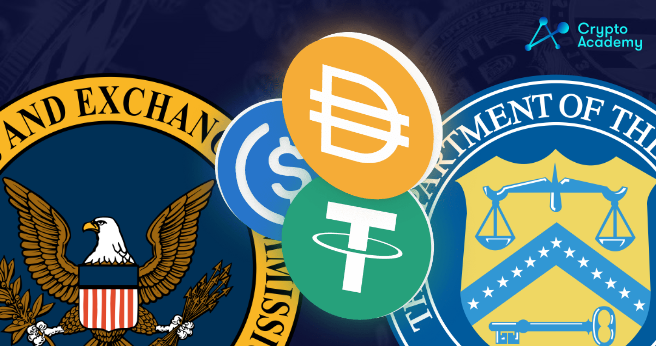 Treasury Secretary Janet Yellen organized the President’s Working Group on Financial Markets, which is expected to release its report soon.

As doubts about the growing importance of Tether and other stablecoins within the crypto sector arose earlier this year, US Treasury Secretary Janet Yellen convened a special conference of financial regulators.

Creating a plan on how to manage the $130 billion asset class was the main purpose of it, and it seems that such a plan already exists.

According to a Bloomberg article today based on anonymous sources, the US Treasury Department will allow the Securities and Exchange Commission to gain some authority in regulating stablecoins like Tether and USDC.

SEC’s sister agency, The Commodity Futures Trading Commission, will be part of this as well. All these plans are to be included in the awaiting Treasury report that is expected to come this week.

Gary Gensler, the chairman of the Securities and Exchange Commission, has pressed Yellen and other members of the President’s Working Group on Financial Markets to grant the country’s top securities regulator the authority to define and enforce stablecoin regulations, reports Bloomberg.

The report is still in its draft phases, however, it is already recommending that Congress develop a distinct bank charter for stablecoin issuers, who claim that their digital currencies are supported by real-world assets.

SEC already has authority on tokens when they are used in investment transactions, due to political divisions.

Centralized stablecoins should be regulated similarly to money market funds, agreed both Gensler and Federal Reserve Chairman Jerome Powell. Consequently, they would end up under SEC’s influence.

Tether, the fourth-biggest crypto asset, and the world’s largest stablecoin have a market capitalization of approximately $70 billion. Following a New York Attorney General probe, the business was obliged to amend its representations, claiming that each Tether was backed by one US dollar in a bank.

It was revealed that commercial paper accounts for a large portion of Tether’s holdings, a type of debt that allows the company to make a return but can grow riskier during financial crises.

USD Coin, produced by crypto payments business Circle in collaboration with San Francisco-based cryptocurrency exchange Coinbase, is its main rival. It is now valued at more than $32 billion.

Since his appointment in April of this year, Gensler has indicated that he is willing to expand laws for stablecoins and the decentralized finance markets they enable.

According to him, the quickly growing asset class “may help ease those attempting to circumvent a number of public policy aims” and potentially even harm national security.

Direxion Files for Bitcoin ETF With a Deviation, to Track Shorts on BTC Futures