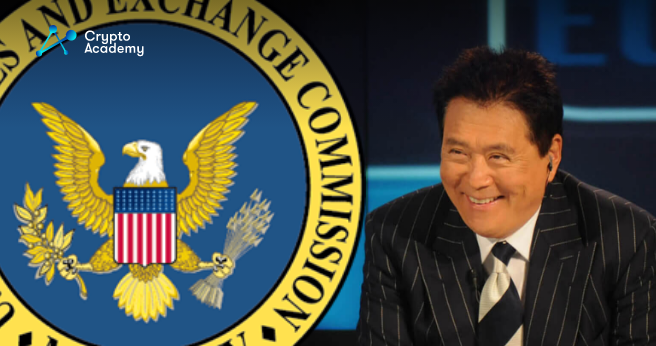 The main reason why ‘Rich Dad Poor Dad‘ author Robert Kiyosaki is investing in Bitcoin has been made public. The famous author warned that the Securities and Exchange Commission’s (SEC) laws would “destroy” the majority of other crypto coins.

Kiyosaki and Sharon Lechter co-authored the 1997 book ‘Rich Dad Poor Dad’. It has spent more than six years as a best seller in the New York Times. The book has sold over 32 million copies worldwide in more than 51 languages.

Kiyosaki announced on Twitter on Friday that he is buying Bitcoin. Because BTC “is categorized as a commodity much like gold, silver, and oil,” he said, he is “quite enthused” about it.

The author of ‘Rich Dad Poor Dad’ further stated that while the majority of other crypto tokens are categorized as securities by the U.S. Securities and Exchange Commission (SEC), Bitcoin has been designated as a commodity, and he warned that “SEC restrictions would kill most of them.” He said that he is purchasing additional Bitcoin as he ended his tweet.

The securities regulator stated that its Enforcement Division is still concentrating on cryptocurrencies in November. For focusing on enforcement while regulating the crypto industry, the SEC has received harsh criticism. Following the Terra/Luna collapse in May, Gensler predicted that many crypto tokens would fail.

The ‘Rich Dad Poor Dad’ author has advised investors to purchase gold, silver, and Bitcoin for a long time. As an investor in Bitcoin rather than a trader, Kiyosaki has previously stated that he enjoys it when BTC reaches a new low.

He stated earlier this month that when the Federal Reserve changes course and creates trillions of “fake” dollars, Bitcoin investors will get wealthy.

After the collapse of the cryptocurrency exchange FTX, Kiyosaki declared that he is still optimistic about Bitcoin, stressing that cryptocurrency cannot be held responsible for the demise of FTX.

The well-known author recommended investors invest in cryptocurrencies before the largest market catastrophe in September.