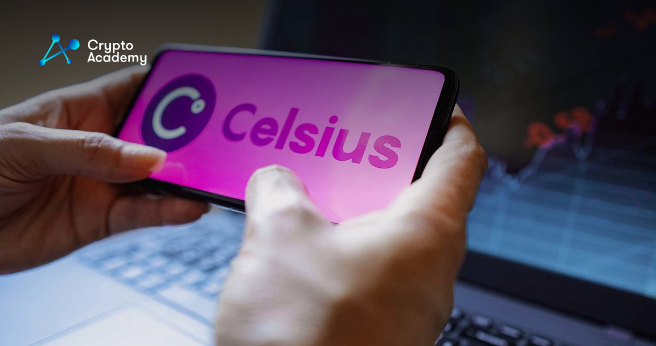 On September 14, the Celsius (CEL) cryptocurrency had increased by 18% over the previous day to change hands for $1.70.

The New York Times reports that the insolvent CeFi institution is preparing a daring return predicated on offering custodial services for cryptocurrencies. The recuperation strategy is known as Kelvin, because of the measurement unit used for temperature.

Three months ago, Celsius put a freeze on client accounts, claiming extraordinary market dynamics.  In the weeks before the disclosure, there were suspicions that the company was bankrupt, which Alex Mashinsky, the CEO of Celsius refuted.

Ever since, the business has been under scrutiny for misusing consumer cash, especially when engaging in dangerous, high-leverage trading activities.

Prior to the corporation locking user accounts, the value of the Celsius coin had already dropped significantly.

On June 4 of last year, CEL hit an ATH of $8.05. The cryptocurrency has just about halved by the end of the year. Prior to dropping to $0.086 three months ago when the business implemented account freezes, this pattern persisted into the current year.

Notwithstanding filing for Chapter 11 bankruptcy two months ago, there has been an upward trend, with a peak occurring barely two months after the trough. This represented a rise of 5,300%.

A transcript of the company meeting, which took place on September 8, was released online by Celsius customer Tiffany Fong. In it, Mashinsky outlined a three-part strategy to do better.

The CEO of Celsius said that the first step is to reimburse consumer money. Mashinsky went on to explain that this procedure is being slowed down by arguments among depositor organizations.

“Unlike what you read in the news or whatever, it’s not like we don’t want to give coins back, or we somehow are slowing down the process or anything else. It’s in our best interest to allow as many people in custody to get their coins back as fast as possible,” said the CEO of Celsius.

The phrase giving back the remainder of the coins relates to paying back investors’ money in the following section. Mashinsky once more cited differences between the parties as a hindrance in finding a solution to the issue.

The third component is Kelvin, a proposal to restart the company based on a policy of not asking clients to put their faith in the corporation at any rate.

Cryptocurrency custody was subsequently stated to be the fundamental feature in Project Kelvin, or as Mashinsky dubbed it Celsius 2.0.

The Celsius Committee of Unsecured Creditors expressed their displeasure with Kelvin, arguing that there are still open issues that are more urgent and contemporary, such as the restoration of the money of the users.

In the 24-hour Merge Aftermath, the Launch of the PoW Hard Fork Will Commence