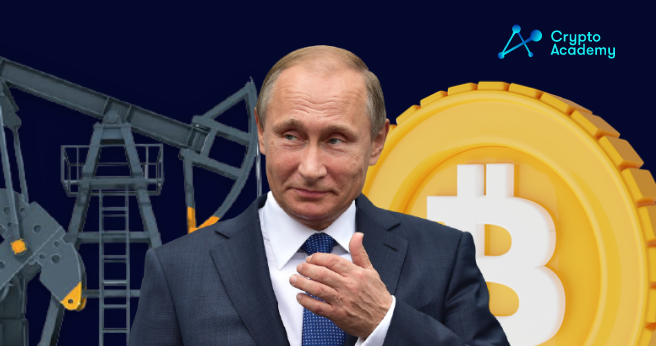 Oil and gas companies have petitioned Russian officials to allow them to mine cryptocurrency with natural gas by salvaging it from going to waste in the process of drilling for oil.

The Russian Central Bank, Ministry of Industry and Trade, and Ministry of Digital Development are reportedly considering the authorization of requests from industry players to use natural gas for crypto mining, according to an article from Kommersant dated October 20.

Natural gas that is found on top of oil reserves is referred to as “associated petroleum gas.” Because extracting and shipping that gas is generally unprofitable, oil drilling frequently burns it off, also known as gas flaring that results in the ever-burning flames that follow oil rigs. Those flares emit greenhouse gases while producing virtually no useful energy.

Kommersant cites a letter from Deputy Minister of Industry and Trade Vasily Shpak to colleagues at the other two agencies that was written in early September.

The issue is that Bitcoin (BTC) mining is unregulated and illegal in Russia, and is pending legislation. Nonetheless, due to the subsequent departure of miners from China, neighbors Kazakhstan and Russia now rank second and third in global hashrate, respectively, behind the United States. This tidal surge puts a burden on officials and the crypto mining industry to reach an agreement.

The newfound interest in this matter has only fueled the political pressure. Seeing as the export of fossil fuel makes up for the majority of Russia’s budget, obstacles among oil corporations and the government are often breached.

Foundry digital exec Jurica Bulovic stated that “because bitcoin mining operations are mobile and can be deployed anywhere in the world where there is cheap energy and an internet connection, a growing trend is mining bitcoin on oil and gas wells using excess natural gas which cannot otherwise be monetized and is typically flared or vented. In those situations, bitcoin mining can be viewed as flare mitigation technology.”

Even though this alternative does not exactly diminish greenhouse gases, it still finds use for the flames that have no output.

Also read: Crypto Investments in Europe Get to Record-Breaking Numbers

The Number of Bitcoin Addresses in Profitability Breaks the Record, Price Inches Closer to ATH of $64,800