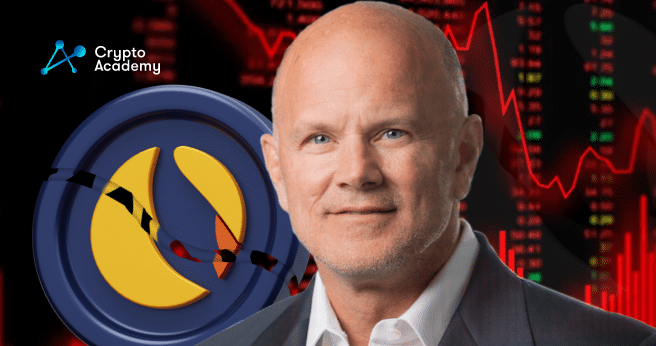 One of the biggest investors in Terra (LUNA), Mike Novogratz, has finally broken his silence regarding the crash. Until today, Novogratz did not make any comment regarding the unexpected crash of both UST, the Terra stablecoin, and Luna. FYI, Luna crashed from a market capitalization of $30 billion to less than $1 billion in just four days.

A letter from our Founder and CEO, @novogratz. pic.twitter.com/1jOpFyTlvb

Mike Novogratz is also the founder and CEO of Galaxy Digital, a crypto investments firm. Earlier this year, Novogratz tweeted a photo of his arm and a tattoo that is a tribute to Luna. In that tweet, he stated that he is now officially a #Lunatic. However, from May 8, Novogratz did not tweet a single thing. That was around the time when the whole Terra blockchain went downhill.

I’m officially a Lunatic!!! Thanks @stablekwon And thank you my friends at Smith Street Tattoos. pic.twitter.com/2wfc00loDs

Finally, earlier today, Novogratz broke his silence by making a statement about the event. In the announcement, he first explains the importance of the event and its devastating effects on small investors, big investors, crypto enthusiasts, and the whole crypto space. Moving on, he explains the main goal of Terra and the idea behind UST. In theory, everything was perfect. However, he claims that this great idea has failed with the fall of Terra and UST. According to the letter, Galaxy Digital invested in Luna back in 2020, and since then, they have had quite some return on investment.

As time passed by, the credibility of the project that Terra was working on grew. To better portray the scale of Terra, one of the biggest apps built on Terra, Chai app, has 1.8 million users. Well, credibility and investments are not the only things needed for a project to succeed. Terra had both, but they also had some errors in the architecture of the blockchain. This led to the death of a giant in the crypto market, leaving everyone in the community financially hurt. Galaxy Digital alone lost an approx. $300 million.

At the end of the day, there is nothing anyone, not even Novogratz, can do about what happened. In his announcement, Novogratz notes four things that everyone should learn from this unpleasant event. First, he states that everyone should keep a diversified portfolio and not put all of their eggs in one basket. Next, he states that you should take profits as time passes by. Lastly, he says that you should have a risk management framework and understand how such investments work.

By the end of the letter, Novogratz states that the crypto community’s goal has not changed. Additionally, he mentions the fact that he believes the crypto revolution is here to stay.