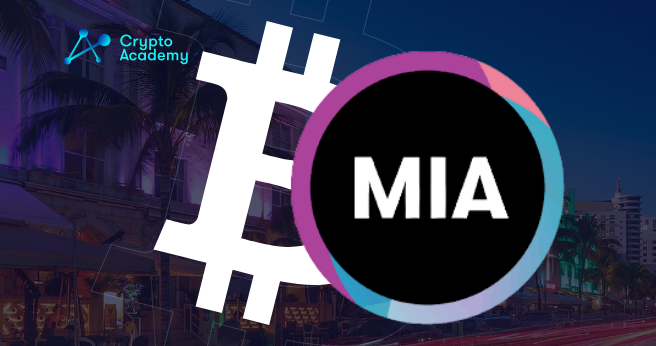 Miami residents will be able to collect Bitcoin (BTC) payments in their digital wallets directly through Miami Coin shortly.

Miami Mayor Suarez has quite the plan for making Bitcoin (BTC) mainstream in his city. Suarez disclosed that soon enough all Miami residents that have digital wallets will be able to accept Bitcoin (BTC) yields from Miami Coin.

“We’re going to be the very first city in America to give Bitcoin yield as a dividend directly to its residents” confirmed Mayor Suarez on the 11th of November.

Mayor Suarez went on to say that the main goal of delivering Bitcoin (BTC) dividends to Miami citizens is to make cryptocurrencies widely reachable to the masses.

The municipality of Miami launched Miami Coin in August 2021 to earn yield for financing municipal projects, and continuously gaining popularity. In just 3 months, rewards topped a phenomenal $21 million. In annual terms, the amount increases to $80 million which covers about 20% of the annual tax collection of the city.

Miami Coin, which is based on open-source technology, gives back 30% of its benefits to the city when it is mined or purchased. Residents will not be obliged to own Miami coins in order to accept the free Bitcoin (BTC) yield, according to Mayor Suarez.

Mayor Suarez has long been a major supporter of cryptocurrencies and has officially approved Bitcoin (BTC). Suarez and New York City Mayor Eric Adam declared last week that they will take Bitcoin (BTC) as payment for their upcoming wages. Suarez announced in February that he plans to turn Miami into a cryptocurrency center by enacting progressive crypto regulations and making the city more crypto-friendly moving forward.