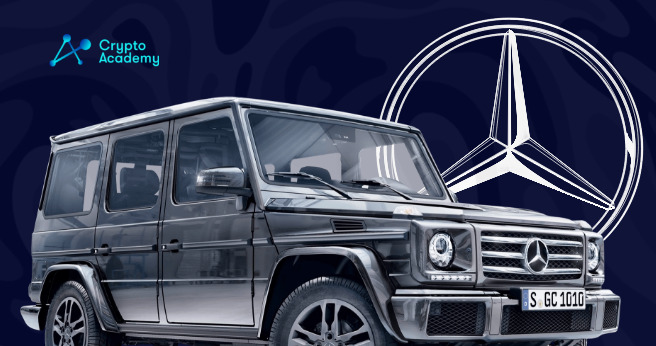 Earlier today, Mercedes-Benz announced that they are going to launch their NFT collection in collaboration with Art2People. They made their plans public through their official Twitter account.

This collaboration comes as a celebration of their signature car, the G-Class. In coordination with Art2People, Mercedes chose several artists from around the globe. Additionally, all five of these artists have prior experience in the NFT space.

Major corporations such as Nike joining the NFT space could’ve been the incentive behind the latest actions of Mercedes. Moreover, the automobile giant has previously worked on projects with artists such as the late Virgil Abloh and Heron Preston. Working with such creatives may have been yet another incentive for Mercedes to join the ever-growing NFT space.

Macro Mori of Art2People states that the Metaverse, gamification, virtual realities, blockchain, and Web 3.0 are going to change the definition of what it means to be human. Furthermore, he claims that NFTs are the leading force behind the adoption of such technology.

When Will the Mercedes-Benz NFT Drop?

The Mercedes-Benz X Art2People NFT is going to drop on the 23rd of January at 6 PM EST in Nifty Gateway. The sale will only last for one hour, however. We must mention the fact that not all the pieces in the collection will have the same price. The prices range from $222 to $1,554.

Usually, you must pay for an NFT using cryptocurrencies such as Ethereum, Polygon, Elrond, and Solana. When it comes to this drop, however, you can also use a credit card to make the purchase. This news did not receive a warm welcome from the community.

With artists such as Charlotte Taylor, Anthony Authie, Roger Kilimanjaro, Baugasm, and Antoni Tudisco, Mercedes is trying to have a diverse team. Although the nature of this team, the essence, the fundamentals, and the ‘feeling’ of the signature car have been kept as original as possible.