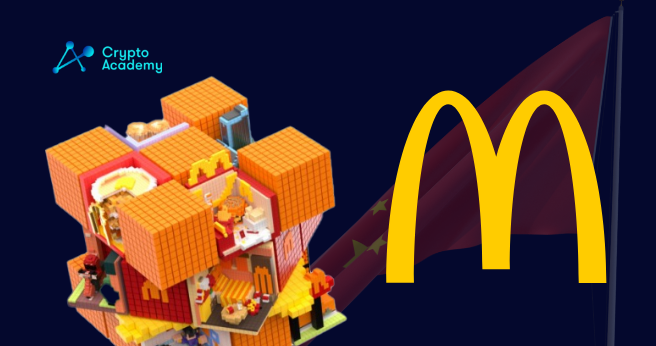 In the midst of the famous Chinese ban on crypto, McDonald’s China has launched today its very first NFT called “Big Mac Rubik’s Cube”. This NFT launch is in honor of the 31st anniversary of McDonald’s in the mainland market of China.

The new NFT debut also coincides with the official opening of the company’s new headquarters on Shanghai’s west bank. A 3D token called “Big Mac Cube” is based on the new headquarters‘ infrastructure and Mcdonald’s brand, containing the theme colors, red, orange, and yellow.

McDonald’s China is ready to share this with the world, as it plans to show 188 of its “Big Mac Cube” 3D tokens to its staff and consumers.

The CEO of McDonald’s China, Zhang Jiayin, is proud to be the first domestic restaurant to launch nonfungible tokens. He explained that this is no surprise as McDonald’s was always up to date with the latest trends and technology, including the new headquarters building, which is an innovation for the brand. The purpose of these NFTs is mainly to mark McDonald’s digitization and to share trend art with the consumers, concludes Zhang Jiayin.

Good times for the NFT sector as everyone is willing to catch its train, including Food and Beverage brands. Budweiser and Taco Bell are among the names that launched NFTs this year.

Budweiser, the beer company, used a hand-drawn beer rocket NFT as a display picture, which was bought for 8 ETH, with the price of $26,000 at the time. Moreover, the brand used beer.eth, an Ethereum domain name for 30 ETH, with a value of about $100,000 at the time.

Taco Bell on the other hand also joined internet fame as it auctioned for sale the taco-themed images at Rarible, the NFT marketplace.