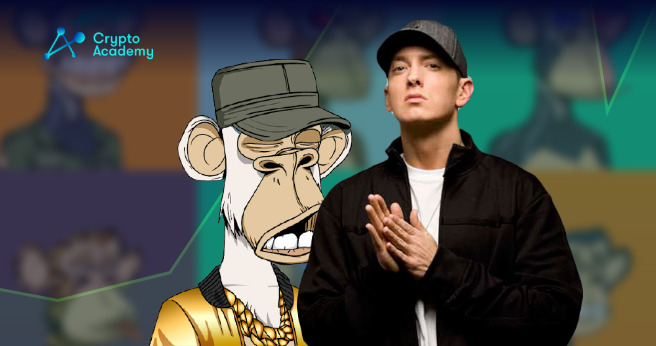 As the celebrity acquisitions and endorsements continue, MAYC and BAYC have skyrocketed atop the NFT collection lists.

After Eminem revealed the purchase of NFT lookalike for more than 460k, the price of the NFTs from two of the biggest collections has spiked to 40%.

I’m living in a simulation.

Thank you @Eminem for buying my ape and joining the club!

Madness. Let me write a lyric in your next single 🤣 pic.twitter.com/myGNRmMLeD

Mutant Ape Yacht Club (MAYC) outsold all other NFTs last week, with a significant rise in sales volume. The program, which began at Bored Ape Yacht Club, resulted in two serum sales of over $3.5 million for each product, propelling Bored Ape Chemistry Club into the top 10.

The floor price of MAYC has risen and it is expected that the collection will be at the top of the list so long as other serum sales keep happening. The 7-day trading volume of MAYC increased by 93.41% yesterday, and the weekly volume incurred an increase of 150.97%.

A 500% increase in trading volume has been observed in the MAYC NFT collection alone in the last week, with the average price of a single Mutant Ape NFT surging to $50,250, equivalent to 12.3 Ethereum (ETH). The cheapest NFT of the collection has risen to 9.9 Ethereum (ETH), incurring a 40% increase.

Back in August 2021, 10k MAYC NFTs were sold by Yuga Labs where in under an hour an amount of $96 million in Ethereum (ETH) was generated. Simultaneously, the holders of BAYC NFTs were awarded a free Mutant Serum NFT, which enabled them to create a new Mutant Ape NFT which is a mutation of the original NFT.

As for BAYC, the market value at present amounts to $2.73 billion where the floor price of the cheapest BAYC is at $273,420 Ethereum (ETH).

Even though BAYC has also incurred quite the rise, MAYC dominated the market with the highest trading volume in the week that just passed.

NFT Platform with Token-Backed Loans is Now Launched by Kraken