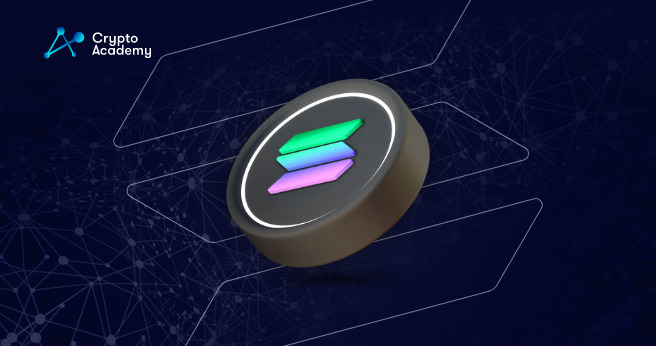 For a long time now, Solana (SOL) has had congestion issues on its network, and seemingly other networks in the industry are facing similar troubles.

Per a Bloomberg report published recently, the issues that Solana (SOL) is dealing with may very well be affecting the Ethereum (ETH) network chains, mostly due to amateur traders wanting to generate profits via the network.

According to the contents of the Bloomberg report, the congestion is happening due to strategies that said amateurs are using to make profits, including the likes of front-running and sandwich trading. The outcome of these strategies has yielded traders millions in trading profits.

Solana (SOL) users noticed delays and issues with transactions on renowned exchanges. As reported by Crypto Academy, these issues were seen in January when Solana (SOL) realized that its mainnet beta was congested because of the same problem.

As a risk mitigation approach, Solana (SOL) introduced the updated version 1.8.14 of the mainnet in order to improve the problem at hand.

The lucrative arbitrage opportunities have ultimately emerged as a result of price downturns in the market, apart from affecting the liquidity of a number of accounts, according to the Solana (SOL) protocol, Solend. In this deliberation, Solend additionally stated that bots used the advantage of profitable and inexpensive unsuccessful transactions in order to compromise network functionality. While this method included spamming the network with duplicate transactions, so long as one of the transactions took, congestion was not a primary concern for the bots.

Crypto Academy reported in September that the Solana (SOL) network experienced a 20-hour blackout which was also a consequence of bot undertakings in the blockchain.

According to the report, an estimation made by Flashbots or bot software indicates that what happens outside of Ethereum (ETH) is the maximum value that can be withdrawn from block production, consisting of 25% MEV. Such automated transactions are gaining appealing options such as Avalanche (AVAX), Polygon (MATIC), and Binance Smart Chain (BSC).

Speaking for Bloomberg, BlockTower portfolio manager Avi Felman argued that “outages on a decentralized blockchain are always concerning. Solana’s recent troubles should remind everyone that new consensus mechanisms are inherently untested, and are very much still as experimental as they are exciting.”

The single positive outcome deriving from the activity of bots, on another note, is that efficiency has increased impressively. Bots, therefore, have quickly eliminated any arbitrage potential, reducing price disparities.

Solana Labs has unveiled a new point-of-sale (POS) product on Solana Pay, amid ongoing outage concerns. According to the protocol, the immediate payment option will accelerate progress in cryptocurrency as well as commerce. It was stated that “the core premise behind Solana Pay is that the payment and underlying technology goes from being a necessary service utility to true peer-to-peer communication channel between the merchant and consumer.”

As Solana (SOL) enters the next phase of payments, it will be interesting to watch if the current upgrade will properly address the chain’s persistent difficulties.