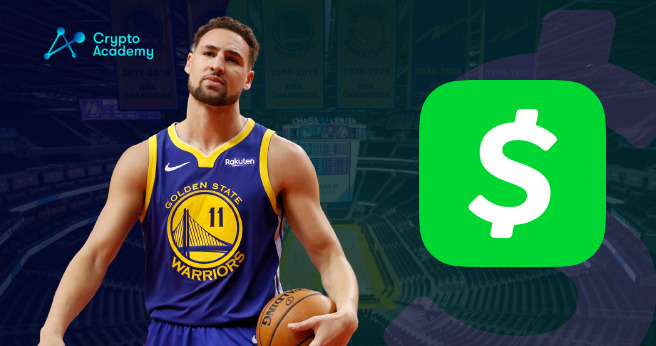 Moving on, the video seems to be a promotion for the online payment service CashApp. This platform recently began accepting Bitcoin transfers exclusively. This means that it supports no cryptocurrency or token other than BTC.

In the video, Andre and Thompson continuously challenge one another while shooting their shots. One of the challenges made by Andre was that, if Andre scores, Thompson will have to accept half of his future paychecks in Bitcoin. The interesting thing, however, was that Thompson seemed to be happy about this. Apparently, Thompson is “down with the future.” Moreover, Thompson also states that he supports Bitcoin and believes that it is the future of money.

Klay Thompson is not the first Basketball player to join the cryptocurrency space. Moreover, there are athletes that have millions worth of NFT. In 2021, several athletes have bought at least one NFT. We have Stephen Curry, LaVar Ball, and Shaq who own one or more Bored Apes – the most expensive NFT collection in the world. Currently, the cheapest Bored Ape can be bought for $174,000 or Ξ84.99 (Ξ stands for Ethereum).

CashApp to Give Away $1 Million in Bitcoin

The nature of Thompson’s post seems to be a promotion for CashApp. However, though, Thompson and Andre were not joking when they said that they will give away $1 million worth of Bitcoin.

To participate in this giveaway you must first have a CashApp account. After that, you have to comment on your CashApp tag and the hashtag #PaidInBitcoin on Thompson’s or Andre’s Instagram post. The giveaway has been on for a week now and more than 100,000 people are participating.

Go ahead and try your luck… maybe you will win something. You never know if you don’t try!

List of Bored Apes – Who Owns a Bored Ape?