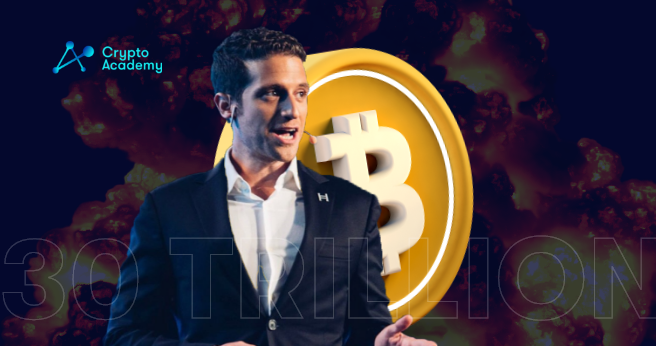 Chairman and CEO of Immutable Holdings, the blockchain portfolio provider Jordan Fried has estimated that when all coins are mined, Bitcoin (BTC) could very well reach $1 Million.

Fried revealed in an interview for Kitco News that Bitcoin (BTC) is gold 2.0 at this point, and its rise will constitute exceeding the cap of gold twofold, possibly even more.

Fried’s full statement entails the following: “Bitcoin is “gold 2.0” and will one day surpass gold’s market value of around $10 trillion. In fact, given that it is the next generation of gold, Bitcoin will likely double gold’s market value and hit $20 trillion or more, implying $1 million a coin if close to 21 million coins are mined.”

According to Jordan Fried, this is only the beginning because the potential of Bitcoin (BTC) is enormous.

Additionally, Jordan Fried estimates that the value of Bitcoin (BTC) could potentially outnumber the United States economy at some point. He attributed the growth of Bitcoin (BTC) to the 21 million coin cap and the ever-increasing adoption of cryptocurrencies, Bitcoin (BTC) in particular.

Fried is a firm believer that cryptocurrencies are the ideal alternative to heavy currency printing, and for that reason, the safeguarding of cryptocurrency scarcity and the finite number of coins produced should be an absolute priority. Moreover, due to cryptocurrencies being the way to go in the future, central banks should consider stopping the printing of currency altogether and go for the obvious alternative.

Among other benefits of Bitcoin (BTC), Fried said that the path for increased online wealth is being forged due to the eventual replacement of fiat with cryptocurrencies. Now, because transactions will be managed online, Fried says that Bitcoin (BTC) will emerge victoriously and be more valuable.

Fried supports that the rise of crypto in general and Bitcoin (BTC) specifically, has caught on since the outbreak of the COVID-19 pandemic, and as such, cryptocurrencies are essentially a figurehead of the disruption of money with the involvement of software.