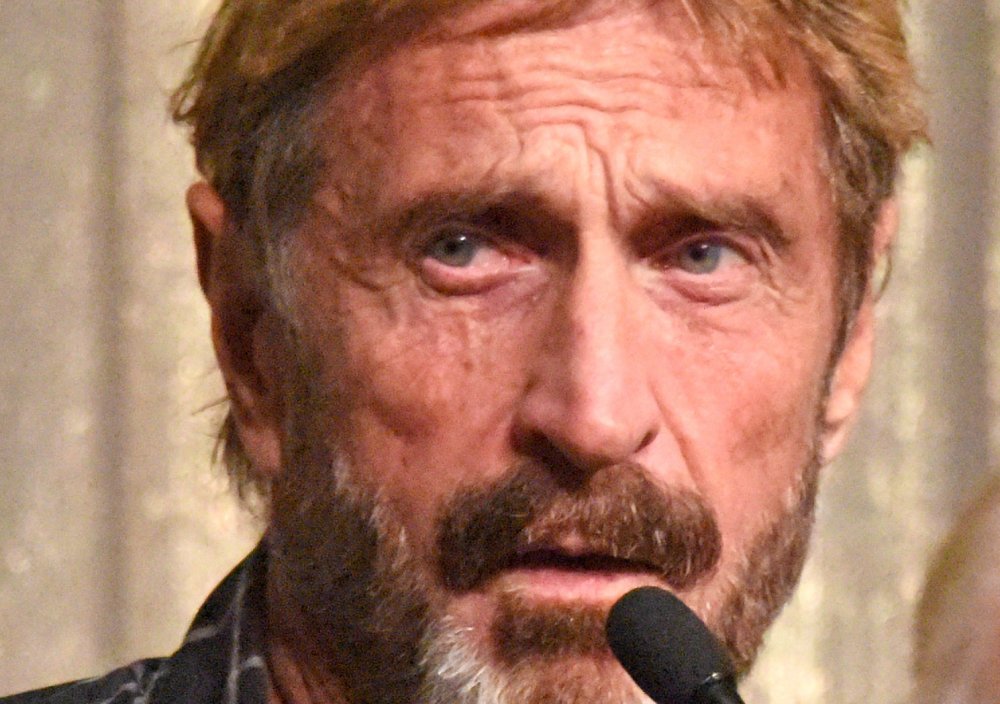 Controversial cryptocurrency advocate John McAfee has upped his war on words with the Securities and Exchange Commission (SEC) in the US.

This time, he’s zeroed in on the news that landed last week, that saw a pair of celebrity figures punished for their cryptocurrency endorsements.

Boxer Floyd Mayweather and music producer DJ Khaled were fined a total of just over $750,000 between them by the SEC, albeit without admitting or denying the charges that were put in front of them. The SEC had been investigating their backing of a firm called Centra Tech, and Tweets they both sent out backing the ICO that said company was running.

As well as the penalties, the pair have agreed not to promote securities of any form for the next two years in Khaled’s case, and three for Mayweather.

McAfee, earlier this week, had described the SEC as a “corrupt, puss filled, bile dripping abcess on the fabric of America”, taunting the Commission to “come for me”.

Now, in a new Tweet, he’s described the fines it imposed on Mayweather and Khaled as “lawless”, and insisted “the money must be returned”. Here’s that Tweet…

The war with the power hungry, corrupt agencies withn our government is on. The SEC asserts that it can interfere with cryptocurrency and its financial dealings. It cannot. The fines against @FloydMayweather and @djkhaled were lawless actions. The money must be returned

The SEC currently has jurisdiction over securities, but not directly over cryptocurrencies. A recent court setback appears to have clarified that just a little, and may yet slow down its actions surrounding the crypto industry.

Those fines for Mayweather and Khaled are likely to remain intact, though.