In the Meta Avatars Store, Liverpool FC has Released its New Kits 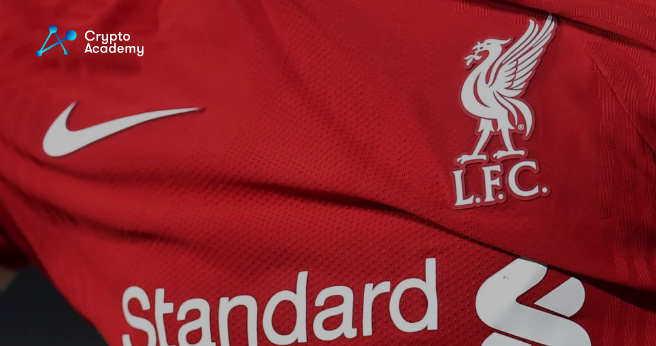 On Meta’s Avatar Store, Liverpool FC has debuted its merchandise line. There are two Liverpool FC-label lifestyle outfits in the collection, as well as an away and home kit.

The virtual reality collection will premiere later in 2022 at the football club. To demonstrate their support for their favorite team, users can now outfit their Meta Avatar in Liverpool F.C. uniforms, which can be bought through the Avatars Store.

Away, home and two LFC-branded leisure suits are included in the product collection.  Canada, Spain, Mexico, the United States, Thailand, the United Kingdom, and Italy are among the countries where the collection is now being sold in Meta’s Avatars Store.

Additionally, Meta just opened up shop in Spain, Italy, and the UK with its Avatars Store. They wrote in a post: “if you are a Liverpool supporter, the club is most likely a huge part of you. You wear the team’s jersey and logo to express your support for your club and, for some, to exhibit your local pride. You may now represent The Reds with your virtual avatar in the digital space.”

A useful tool for interaction and meeting new people, avatars are developing as the virtual world develops. The metaverse will also provide the sports industry with exciting new business opportunities.

The Avatars Store, according to Meta, is a vital step into such a destiny. In the past, clubs have made money through merchandise sales. Consequently, the possibility of selling digital goods will create a whole new revenue stream.

In addition, the blog article mentioned that users may now show off their Jersey number with hundreds and thousands of Liverpool supporters at Anfield even when being geared out on Instagram and Facebook. At the beginning of the year, Meta brought its 3D Meta Avatars outside of virtual reality by integrating them into Facebook Messenger, stories, and Instagram DMs.

The opening of the Meta Avatars Store was revealed by Meta four months ago. Users may personalize their avatars according to their preferences, the business claimed.

Meta pointed out that the digital world is evolving and that it intends to play a significant role in it. Through the Meta Avatars Store, the business hopes to provide companies and creators with a venue to explore online purchasing and apparel. On the platform, users can alter the eye and hair colors of their avatars as well.

Liverpool opted to venture into the NFT market back in March. The Liverpool FC Heroes Club line was unveiled by the club. Digital artwork of former Liverpool legends was included in the collection.

The famous London auction house Sotheby’s hosted the five-day event. The club claims that a sizable portion of the proceeds from the transaction ended up going to LFC Foundation, the team’s humanitarian organization.

Sadly, the sales did not bring in as much money as the club had hoped. Only £1.125 million was generated from the sales. 95 % of the NFTs could not be sold and that affected the amount.

Exactly 9,721 of the 171,072 that were made available for purchase were purchased by fans and other backers. The group has not yet decreased its efforts in the metaverse, though.

Every American Bank Avoids Cryptocurrency, According to Charles Hoskinson