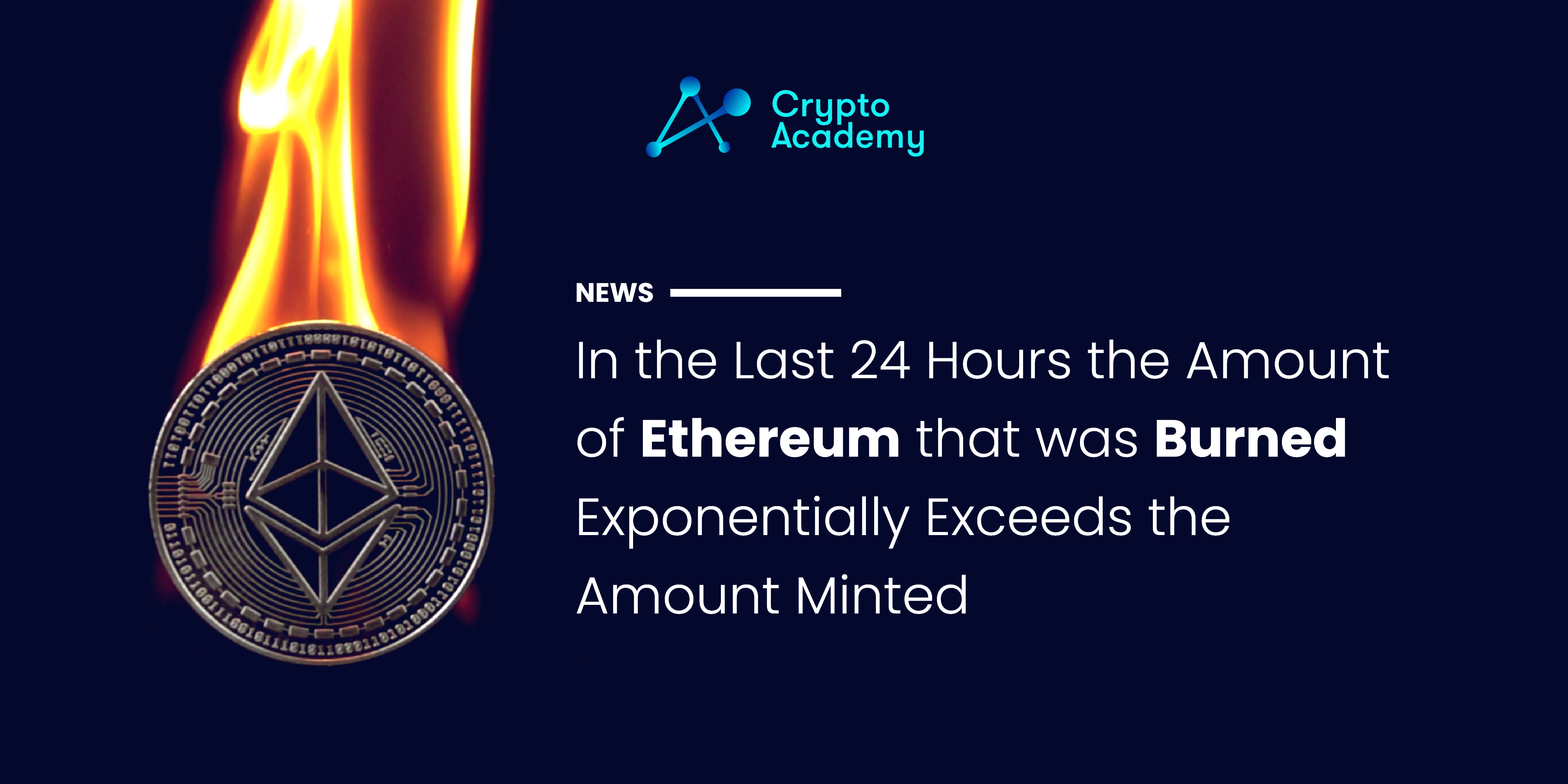 For reasons of deflation EIP – 1559 was implemented to the Ethereum network and so far it seems to be doing its job.

Experts in the field have expressed their surprise reaction adding that this is a first-time occurrence that there was more Ethereum (ETH) available yesterday than there is today.

Due to the marketability of financial applications that have been decentralized and a myriad of NFT’s, Ethereum’s network has come across problems with blockage due to overcrowding hence why  EIP- 1559 was introduced to the network and the blockchain allowing more transactions to happen. That was only made possible by expanding the block size that allowed those transactions to occur.

The theoretical idea was for Ethereum (ETH) to be available for demand. Contrary to Bitcoin (BTC) that has limitless growth, the implementation of the EIP – 1559 lowers the overall growth of Ethereum (ETH). With every transaction, there was a transactional fee that was applied which then would get burned and sent to an inaccessible wallet.

The average amount of 12,000 to 13,000 Ethereum (ETH) being used by miners in the usual day of occurrence was not a reality in the 24-hour time frame between September 2nd and 3rd with the supply growth exponentially declining. Inflated demand in regards to Ethereum (ETH) transactions may skyrocket base fees.

Evan Van Ness and co-founder of DeFi Pulse, Scott Lewis weighed in on the situation adding that this decline is the first for Ethereum (ETH).

ethereum getting close to its first day of deflation pic.twitter.com/4ULIbLt5aD

Ultrasound Money reported that 188,000 Ethereum (ETH) have been burned with a code having been implemented in the beginning week of August. 188,000 when converted to pricing, amounts to $736 million.

The price of Ethereum (ETH) saw an amazing increase from $2,516 to $3,926, more than 50% growth. Hence the implemented code instantaneously affected the price rise.

Also read: Uniswap Labs is Being Inspected by the SEC