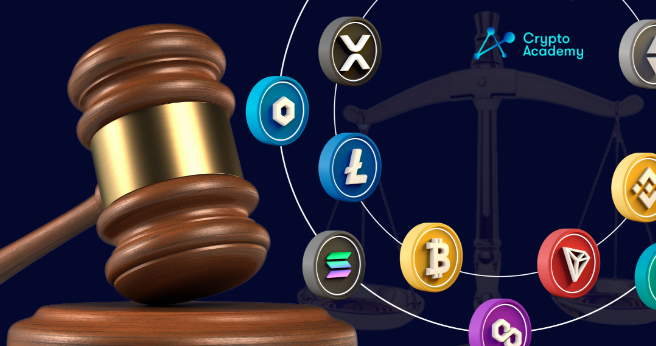 In a Twitter video called “Brief Regulatory Update” Cardano (ADA) founder Charles Hoskinson broadcasted his views on the United States Cryptocurrency Infrastructure Bill where he also addressed the problematic use of language in the bill.

Hoskinson stressed the topic of the language used in the infrastructure bill by conveying that “we are in a slightly bad position today, because the Infrastructure Bill was passed. If it’s left to its own devices, by 2023 when these mandates come into place…depending on how they are interpreted and what the IRS does with it, it can cause catastrophic damage”.

Hoskinson added that “this is not going to be a problem that is going to self-correct, we need to work together as an industry, and as a community to be vigilant and push for.”

As far as the language used goes, Charles Hoskinson is referring specifically to the definition of the word “broker” which caused a lot of confusion and controversy. United States Senator Cynthia Lummis, a big crypto supporter has argued in favor of clarifying the definition by stating that “I’m hopeful that in the Senate, before the end of this calendar year, that we will have a stand-alone original piece of legislation on the floor of the Senate that will define not only a broker in a very clear manner but a lot of other terms that are used in the digital asset world and that would be helpful to them as we form this framework of regulation that allows them to continue to innovate and grow.”

While most agree on the significance of having the crypto industry thrive and prosper under regulatory reforms, the comments and concerns of Charles Hoskinson will surely echo across the crypto community and regulators alike, given his status and strong reputation in the cryptocurrency industry.

$100,000 Forecasted as the Largest Strike Price for Bitcoin Options this Year, Analysis Predict

Altcoins Pull Back after Hitting Some ATHs: What to Expect Next?