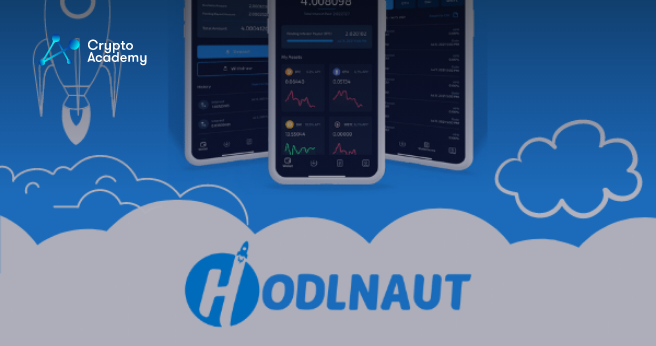 The cryptocurrency lending platform Hodlnaut, which is headquartered in Singapore, has halted withdrawals, token swaps, and deposits, blaming “current market circumstances.” This makes Hodlnaut the latest in a series of cryptocurrency companies to go out of business since May.

According to the notice made on Monday, the business also stated that it will revoke its registration with the Monetary Authority of Singapore (MAS) to provide digital token payment services. According to a statement released by the MAS on Tuesday, the decision that the banking system issued in March when it gave in-principle permission for the licensing has now been reversed.

Hodlnaut is a crypto lending platform that was established in 2019 by Juntao Zhu and Simon Lee. It gives users the opportunity to earn an interest of up to 7.25% on their cryptocurrency assets by lending their assets to recognized organizations. The business reported on Tuesday that it had more than 10,000 members and assets worth $250 million at that point.

Even while shareholders will keep earning interest on their funds, they will not be able to access their money until they are notified otherwise. According to Hodlnaut, the company must first secure its liquidity and figure out a lengthy strategy, which is not going to be a quick process.

The unpredictable cryptocurrency market has wiped out more than one trillion dollars’ worth of value this year, and Hodlnaut is the most recent firm to be caught up in it. Since their respective all-time highs in November 2021, the two major cryptocurrencies, Bitcoin (BTC) and Ethereum (ETH), have seen declines of more than 60%.

The value of the stablecoin TerraUSD (UST) and Luna, which were both issued by Terraform Labs, was completely wiped out in May, falling from $60 billion to nothing. Because of this, a domino effect was triggered, which resulted in significant financial losses for investors across the sector.

The New Jersey-based lender, Celsius, submitted their Chapter 11 bankruptcy petition in the month of July, more than a month after they had temporarily halted withdrawals. It stated that it had 167 million dollars in cash on hand at the moment, which would enable it to continue functioning while undergoing reorganization.

A downward spiral was also experienced by Three Arrows Capital, who had committed a total of $200 million in the Luna tokens. After the cryptocurrency hedge fund struggled to deliver payments on a loan that was worth more than 665 million dollars, the crypto broker Voyager Digital posted a notification of default in June.

Following this, a court in the British Virgin Islands issued an order for the liquidation of Three Arrows Capital, also known as 3AC, and several days later, the business filed for bankruptcy protection.

Hodlnaut is known as a centralized financial (CeFi) platform, which sets its own interest rates on cryptocurrency holdings. While they typically offer higher rates than conventional bank deposits, crypto deposits are not eligible for government-backed protections such as Federal Deposit Insurance Corporation (FDIC) insurance.