Giancarlo to US: Either get on Board with Blockchain and Crypto or Lose to China 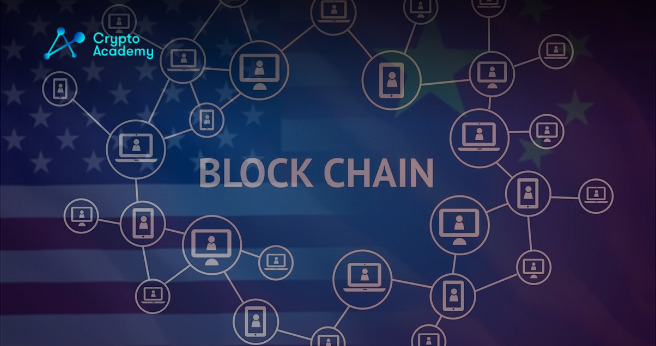 The Sino-US rivalry is yet again tested as the embracing of blockchain and cryptocurrencies is slowly becoming a globally determining factor for the prevalence of great powers.

According to Christopher Giancarlo, the former CFTC Chair, the US is at a loss in the tech race with China. While China is progressing significantly in the technology sector, the US seems to be lagging behind according to Giancarlo. Otherwise known as CryptoDad, Giancarlo referred to blockchain technologies and crypto specifically.

Christopher Giancarlo said during the American Enterprise Institute panel that the burden falls on the Federal Government to devise measures for mending the discrepancies in blockchain and crypto in order to radically change the traditional finance landscape.

Christopher Giancarlo is a well-known advocate of cryptocurrencies and blockchain-driven technology. He actively supports and advocates for blockchain and cryptocurrencies. As the cryptocurrency revolution has taken the world by a storm, the Western hemisphere is assessing how to adjust to decentralized finance. The same cannot be said for private companies and institutional investors which are gladly adjusting their operations and making partnerships to further their blockchain presence.

El Salvador has already accepted Bitcoin (BTC) as legal tender, cryptocurrencies are substituting fiat currencies by the minute. While some are embracing the new changes, other countries are struggling to comprehend what this change entails. As far as policies go, the US is superior to China given that the latter has rained a crackdown upon miners among other regulations. Moreover, cash transfer has gone a long way given that blockchain transfers take mere seconds as opposed to wire transfers and retail transfers which can take anywhere from hours to days.

Despite Price Battery, Bitcoin Still Ranks as One of the World’s Most Valuable Assets